Esther Bejarano, the last of the women of the «Auschwitz orchestra» died – Corriere.it 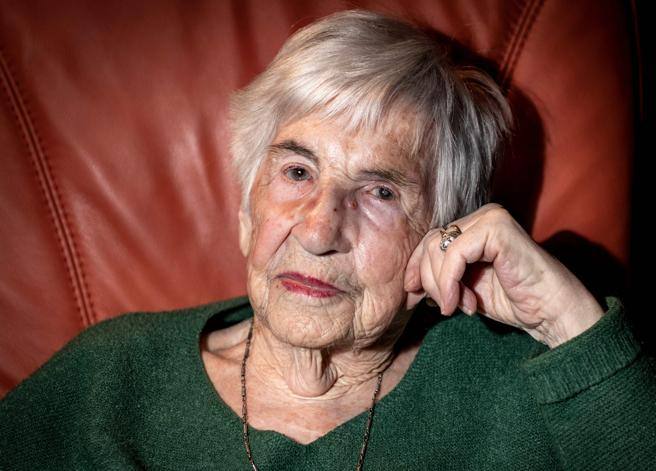 The accordion allowed her to survive the extermination of Auschwitz and to live up to 96 years. Esther Bejarano, who died at the age of 96 on 10 July 2021, was the last survivor of the Auschwitz orchestra, called to play in front of the thousands of prisoners deported to the extermination camp. “You knew that sooner or later they would send you to the gas chambers, and all we could do was stay there and play,” he told German wave. His story was told in the book Esther Béjarano. The girl with the accordion by Antonella Romeo. The women’s orchestra of the Auschwitz camp (Auschwitz Girls Orchestra) was created in the spring of 1943 by order of the SS.

In April 1943, nineteen, Bejarano fu deportata ad Auschwitz, where she lost her parents and sisters, before being moved to Ravensbruck. Her musical talent – she originally played the piano, but with no seats available in the orchestra, she was forced to learn to play the accordion – saved her life. At the end of the war, he emigrated to Israel, where he lived for 15 years, before returning to Germany. In the eighties he started a musical group and with his children he performed interpreting songs belonging to the Jewish tradition and anti-fascist songs, together with his son Joram and his daughter Edna.

To give the news of death theAnne Frank Education Centre of Frankfurt. In recent years Bejarano (born in the German city of Saarlouis in 1924) had expressed great concern about the rise of the far right and neo-Nazi movements. For those who have lived through the Holocaust “it is impossible to describe how serious” the growth of anti-immigration or anti-Islamic movements such as AfD or Pegida is, he said for example in 2014 in an interview with German wave.

“Bejarano survived Auschwitz because she played the accordion in the camp women’s orchestra. He dedicated his life to music and to fight against anti-Semitism, ”he wrote in a note Meron Mendel, at the head of the NGO that bears the name of Anne Frank. A note also taken up by the German foreign minister, Heiko Maas, who declared: «An important voice against racism and anti-Semitism has left us. We will miss his voice ».

Tonight an important voice in the fight against racism and anti-Semitism has passed away. The wonderful ester #Bejarano convinced with her vitality and unbelievable story. We will miss your voice. #WeRemember pic.twitter.com/Il2WVplt9d

The company must pay the cost of prescription glasses to employees who work with screens – Health and Medicine
Posted onFebruary 4, 2023February 4, 2023