EU military mission for Ukraine: what are we talking about and what are the prospects | Europe and Europeans: News and Analytics | DW 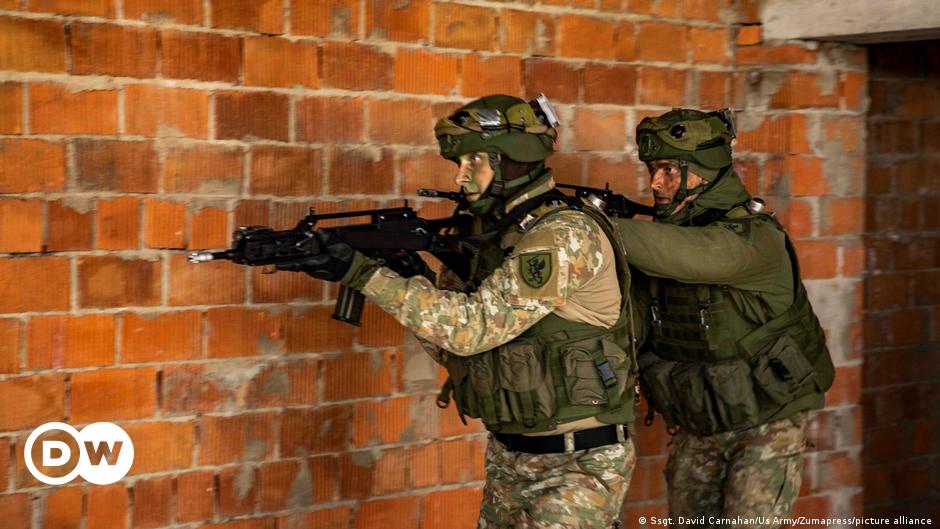 The news that the European Union is discussing the possibility of creating a military training mission for Ukraine caused a great resonance. After all, the EU, although it carries out more than a dozen missions in different countries of the world, most of them are civil. The European Union does not play a significant military role in the world, with the possible exception of Africa.

The idea behind the military training mission is for instructors from the EU to assist in the professional training of the officers of the Ukrainian Armed Forces. This initiative was also discussed at the EU-Ukraine summit in Kiev. She even found a reflection in the communique of the meeting, albeit in a non-binding formulation: the European Union will “explore the possibilities” of further support for Ukraine.

DW spoke with EU diplomats and officials to determine the status and prospects for considering this initiative. The main conclusion is that the initiative is alive, there is progress in its consideration. At the same time, it is still impossible to say whether anything will come out of this idea at all. Now the topic is under consideration by the EU Political and Security Committee (PSC), which includes representatives of all 27 states of the union. He has already discussed the initiative twice and instructed the EU foreign policy service to study the issue in depth and determine the scope of possible EU support for the reform of military education in Ukraine.

Ukraine itself asked for the mission – this was done in July by the foreign and defense ministers in a letter addressed to the head of European diplomacy, Josep Borrell. This request was briefly discussed by the defense ministers at their informal meeting on September 1-2.

After that, the topic began to develop rapidly in Brussels. On September 9, the EU Foreign Service presented a working document with different options for assistance to Ukraine. It is not public, only its name is known: “Ukraine’s request for the creation of an EU military and advisory training mission in Ukraine – possible options.” On September 16, this document was discussed at the PSC, after which a fact-finding mission was sent to Kiev. She worked there from 26 to 28 September. Based on its results, an assessment of the needs of Ukraine in the sector of professional military education was prepared. And already on October 7, the PSC held a discussion of this assessment.

The PSC plans to return to the discussion of this initiative – based on a deeper analysis being prepared by Borrell’s subordinates – in the first half of November.

It is already clear what EU support for Ukraine will not be. Namely, trainers from the European Union will not conduct exercises directly for Ukrainian soldiers, they will not teach them, figuratively speaking, to “shoot”. Instead, it is exclusively about professional military education. In other words, if the EU military instructors are in Ukraine, they will train teachers of military universities, academies and institutes. The idea is to form a new modern culture in the Ukrainian troops and make the reforms in them irreversible.

Meanwhile, Ukraine has just launched a reform of military education. In June this year, a draft law on military education and science was submitted to the Verkhovna Rada. On September 7, it was supported in the first reading. Accordingly, in order for the EU to send its coaches to Ukraine, Kiev first needs to do its “homework”, that is, pass legislation and launch the practical stage of reform, as well as demonstrate that the country will be able to effectively benefit from European support.

There are other barriers to initiative as well. One of them is that there are already many advisers from the EU and NATO countries working in Ukraine, as well as in military universities. And the European Union does not want to duplicate efforts. However, the new reform just opens up space for not repeating what NATO is doing.

EU military mission for Ukraine – one of four options

In what form should Ukraine be provided with this support? Four options are being discussed in Brussels. The first of them attracted the main attention – the creation of a separate EU military mission consisting of several dozen experts. There are already two EU missions in Ukraine, both civilians: an advisory mission supporting civil security sector reforms and a border assistance mission to Moldova and Ukraine.

Supporters of a separate mission argue that it is this format that is most effective, because it provides for the formulation of clear tasks, criteria, an interim assessment, as well as the presence of one commander responsible for implementation.

It is this option that is characterized by the highest political weight, its election will become a political statement on the part of the EU. For some states, this is an argument in favor of a separate military mission. But for others, this is precisely what causes concern, because such an option is likely to displease Russia. However, according to DW, during the discussions between the EU states, the issue of the Russian Federation has not played a role yet.

The second option provides for the addition of a military component to the current advisory mission. While this option may seem like a compromise, it has little advocacy due to the organizational problems of combining military and civilian units.

The third option is the dispatch of trainers within the framework of the EU peacekeeping instrument – the European Peace Facility (EPF). The advantage of this option is that you do not have to look for money, because the EPF has already allocated a budget of 5 billion euros for 2021-27. Supporters of this option also argue that it is the fastest.

Finally, the fourth option is consultants at the EU Delegation in Ukraine.

Prospects for the EU military mission in Ukraine

Any of the four options is possible only with the consent of all 27 EU states. In the meantime, it is far from consensus. Among the countries with a clearly expressed position, two camps can be distinguished. The first group includes, first of all, Latvia, Lithuania, Estonia, Poland, Romania, Slovakia, as well as Bulgaria, Czech Republic, and Sweden. They consider a separate mission to be the best option.

The other camp includes, first of all, Germany, Greece, Austria, Italy, Spain. Berlin plays the main role in it. These countries are leaning towards the EPF option, a peacekeeping tool.

A quick decision on EU assistance should not be expected, in particular, due to the political processes in Germany. On the one hand, Angela Merkel is trying to hold a summit of the Normandy Four before she leaves the post of German chancellor. But on October 26, the Merkel government will move to the status of acting. In such situations, it is customary to leave the making of important political decisions to the next government, the formation of which is currently being consulted.