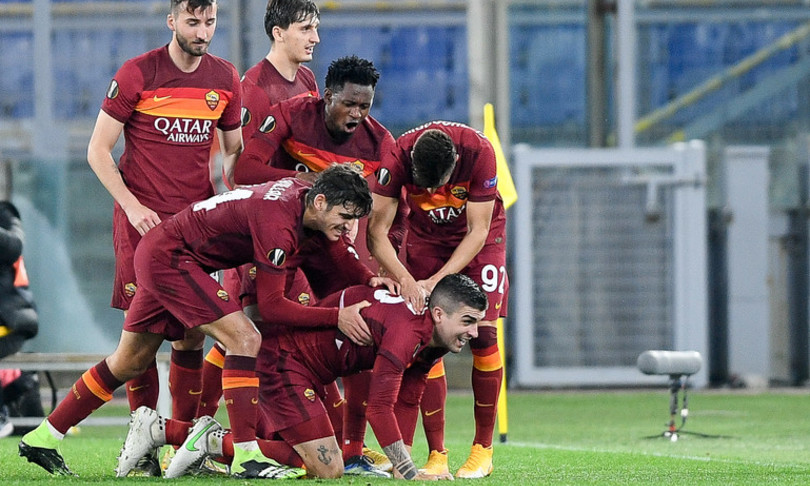 Time.news – Roma crashed Shakhtar 3-0 in the first leg of the round of 16 of the Europa League, taking a good advantage in view of the return match in Ukraine in a week. The all-Italian goals of Pellegrini, El Shaarawy and Mancini decide. The only discordant note of the Giallorossi evening was the injury (to be evaluated) of Mkhitaryan, exited in the first half for a discomfort in his right calf.

The Giallorossi have the first chance of the match after just six minutes of play, with Villar’s fortuitous deviation from a corner saved on the line by Trubin. The Capitoline players play better and on 23 ‘they take the lead: Pedro’s verticalization for Pellegrini, very good at guessing the outside shot that mocked the goalkeeper for the 1-0.

Shakhtar tries to react immediately with Junior Moraes (good parade by Pau Lopez), but Roma have another great goal ball in the half hour with Mkhitaryan, who fails to take advantage of a wrong postponement by Trubin kicking high from long distance , with the door practically unguarded.

In the second half the Ukrainians have a better start, led to the boarding by an unleashed Tete, who scares the Giallorossi rearguard twice in a few moments with two unsuccessful attempts. At 63 ‘and 65’ instead it is Roma that have two great chances for doubling, failed first by El Shaarawy and then by Borja Mayoral, who alone in front of the door cannot find the winning flash.

A little more than a quarter of an hour from 90 ‘, however, the Giallorossi pharaoh makes a great comeback making the 2-0 with a delightful twist underneath, after missing a couple of defenders.

A few minutes pass and the Roma trio also arrives, signed by a sumptuous Mancini who hits a header from a corner after a first deviation by Cristante. It is the goal of the final 3-0 that seals a great success for Fonseca’s team.