Exodus and sinkholes, Italians fleeing from Tito. With the «Corriere» a book for the Day of Remembrance – time.news 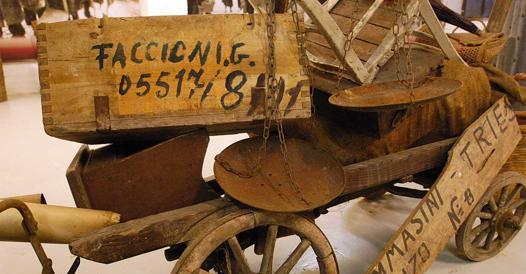 Tito’s communism, which preached brotherhood among peoples, succeeded what Mussolini’s fascism (which practiced an explicit policy of denationalizing the Slavic component) was not able to achieve: the almost complete eradication of a national community. In the western areas of Istria, in important cities such as Rijeka and Zara, the Italian community, formerly a majority, was almost eliminated. The Italians and Italians of those areas were the protagonists of the Long exodus described by Raoul Pupo in the essay on newsstands on 9 February with the «Corriere». Published after the establishment of the Day of Remembrance which occurs on 10 February, the book starts from the reflection on why the narration of those events did not become national heritage, but remained confined within the communities that had suffered violence and exodus. It was about three hundred thousand Italians who lost their jobs, their homes, the right to continue living in the villages and cities of their fathers. An uprooting of which little was said. It is enough to read the manuals adopted in high schools up to the 1990s to realize the collective removal of a deep wound.

Pupo identifies two causes of oblivion. The first is the straw tail of the communist left, which on Trieste and Gorizia, but also on the exodus of the Julian-Dalmatian populations, did not hold a patriotic behavior, to put it mildly. Just think of the subordination of the partisans of the Garibaldi brigades to the Slovenian line, the massacre of Porzûs in February 1945, in which Italian communist partisans killed the comrades of the Osoppo brigade who did not want to submit to the Yugoslav directives. But also to the ugly figure remedied by Palmiro Togliatti when, in the autumn of 1946, after a meeting with Tito, he proposed the sale of Gorizia to Yugoslavia in exchange for the assurance that Trieste’s Italian character would be maintained.

However, all the blame cannot be blamed on Marxist culture of a forgetfulness that has affected a country for half a century led by governments with a Christian Democratic majority. There is an international political motif that originates in June 1948, when the Cominform condemned Tito’s policy. Yugoslavia, in the eyes of the United States, was no longer an enemy, but a possible ally to be treated with respect. The logic that a few weeks earlier had inspired the tripartite declaration with which the great allied powers promised Italy not only the maintenance of Trieste and the so-called zone A, then under international administration, but also of zone B, controlled by the Yugoslavs, had vanished.

Pupo retraces the phases that led Italy to lose a part of the national territory and about three hundred thousand Italians to lose their homeland. A reconstruction that begins with the end of the Great War and with the first steps of “border fascism”, describes the discriminatory policies of the Mussolini regime towards “alien” populations, tells the principle of the Yugoslav Resistance, the fascist occupation war of the 1941, the season of the first sinkholes following the collapse of 8 September 1943 and the terror in the spring of 1945. There is a common thread in the history of Istria, Rijeka, the islands of Kvarner and Zadar, which can be go back to nineteenth-century irredentism and that reaches up to our days. This does not mean establishing cause and effect relationships between the various seasons. Certainly we cannot agree with the Slovenian Communist Anton Vratuša, who in 1944, questioned by his Italian comrades about the reasons for the infoibamenti, had spoken of uncontrolled, spontaneous and understandable violence after twenty years of fascist dictatorship. You didn’t have to be a fascist to end up in a hole or shot at the edge of a field. Even the partisans could be considered enemies, and the communists too, if they did not obey Tito’s directives.

The long season of the exodus reached its peak between the end of 1946 and 1947, when in a few weeks almost all the inhabitants of Pula, 28 thousand inhabitants out of 31 thousand, decided to leave. It was a collective decision, which took place when it became clear that a punitive line was prevailing at the peace conference. A massive collection of signatures to make the will of the Polesani weigh in the negotiations was useless. The Vergarolla massacre contributed to accelerating the exodus. On August 18, 1946, while sports competitions were in progress, 28 submarine mines crammed onto the city beach exploded. The victims were 116. The Italians did not believe in the accident, they spoke of an attack. It was the triggering episode of the exodus, even before the signing of the peace treaty on 10 February 1947.

Another significant milestone of the Long exodus told by Pupo it was October 1954, when with the London memorandum it was decided the passage of Trieste from the allied administration to Italy, but also the definitive stay in Yugoslavia of zone B of the Free Territory of Trieste, which included important centers such as Koper, Isola , Piran. The population, which had resisted until the end, was disappointed and gave rise to a significant exodus.

The fear of violence, the introduction of a school system which penalized Italian students, an agrarian reform adverse to small peasant property, the persecution of the clergy, the creation of a system that did not leave room for private initiative were all elements that contributed to what Pupo defines “disorientation effect”, to make Italians feel exiled at home.

Not all the protagonists of the exodus stopped in Italy. Many left for the Americas, for South Africa, for Australia. The integration process in Italy was long, painful and difficult, even if gradually supported by legislative measures aimed at favoring labor integration and building interventions. Pupo’s book has the merit of telling us all the complexity of this difficult story, making us relive at the same time the pathos of suffering and humiliation suffered by our compatriots.

Wars persecutions. The controversial issue of the eastern border

The essay by Raoul Pupo is out on newsstands on Tuesday 9 February with the Corriere della Sera The long exodus, at the price of 9.90 euros plus the cost of the newspaper. The book, created in collaboration with Rizzoli, is opened by the preface by Dino Messina, of which we offer a summary above. This is the updated edition by the author of a work dedicated by Pupo to the events that led to the exodus of the Italians from the Julian-Dalmatian lands assigned to Yugoslavia following the Second World War. To commemorate those events, the Day of Remembrance was established by law, whose recurrence falls on February 10, to remember the victims of the Yugoslav partisans, many of whom were thrown into the sinkholes (natural cavities typical of Istria and the Karst) and the mass flight, after the war, of the Italian population who did not want to submit to the communist dictatorship established by the Yugoslav leader Josip Broz, universally known by the battle name of Tito. Pupo analyzes the various aspects of the question, underlining for example that the killings carried out by Slovenian and Croatian partisans were not a simple post-war showdown, albeit conducted in an extended form, but the “manifestation of an initiative from above, decided by maximum political headquarters and conducted with the strength of the institutions, because it is considered strategic for the conquest and consolidation of power ». In the same way, the exodus of the Italians from the lands that ended up under the rule of Belgrade was not caused by a forced expulsion, but it was not the result of a free choice either. It arose from the situation of unlivability that was created due to the policy followed by the forces of Tito. 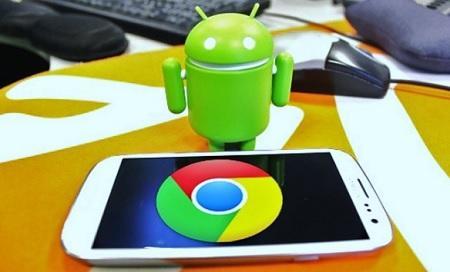 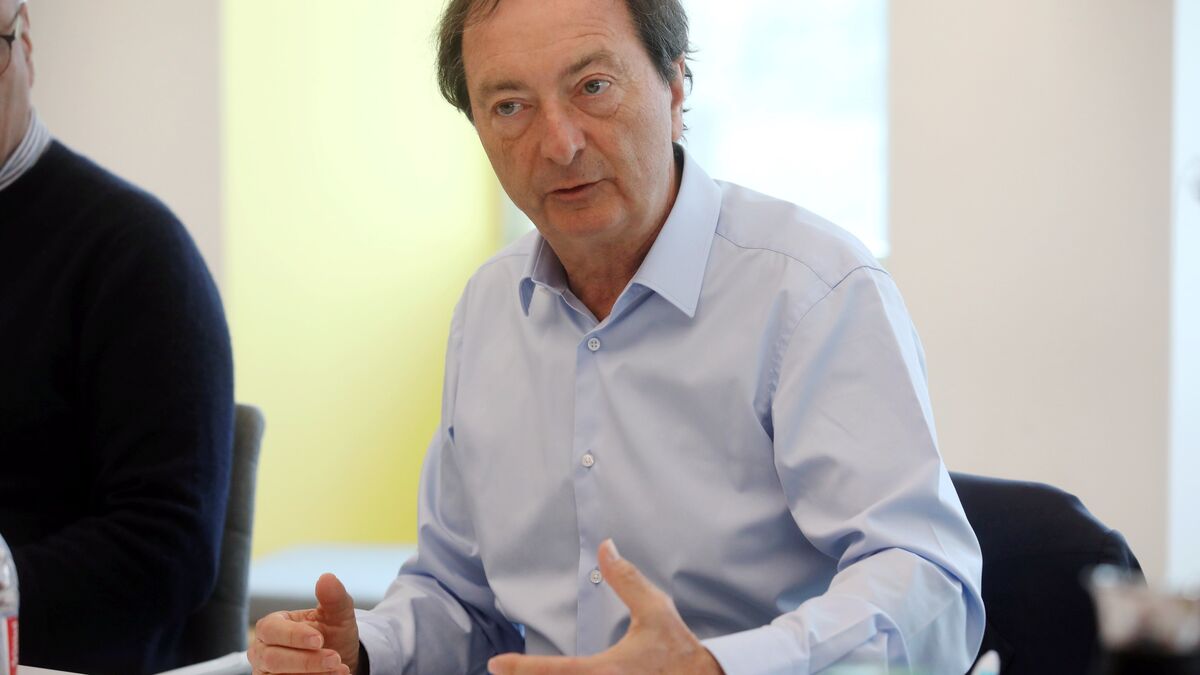 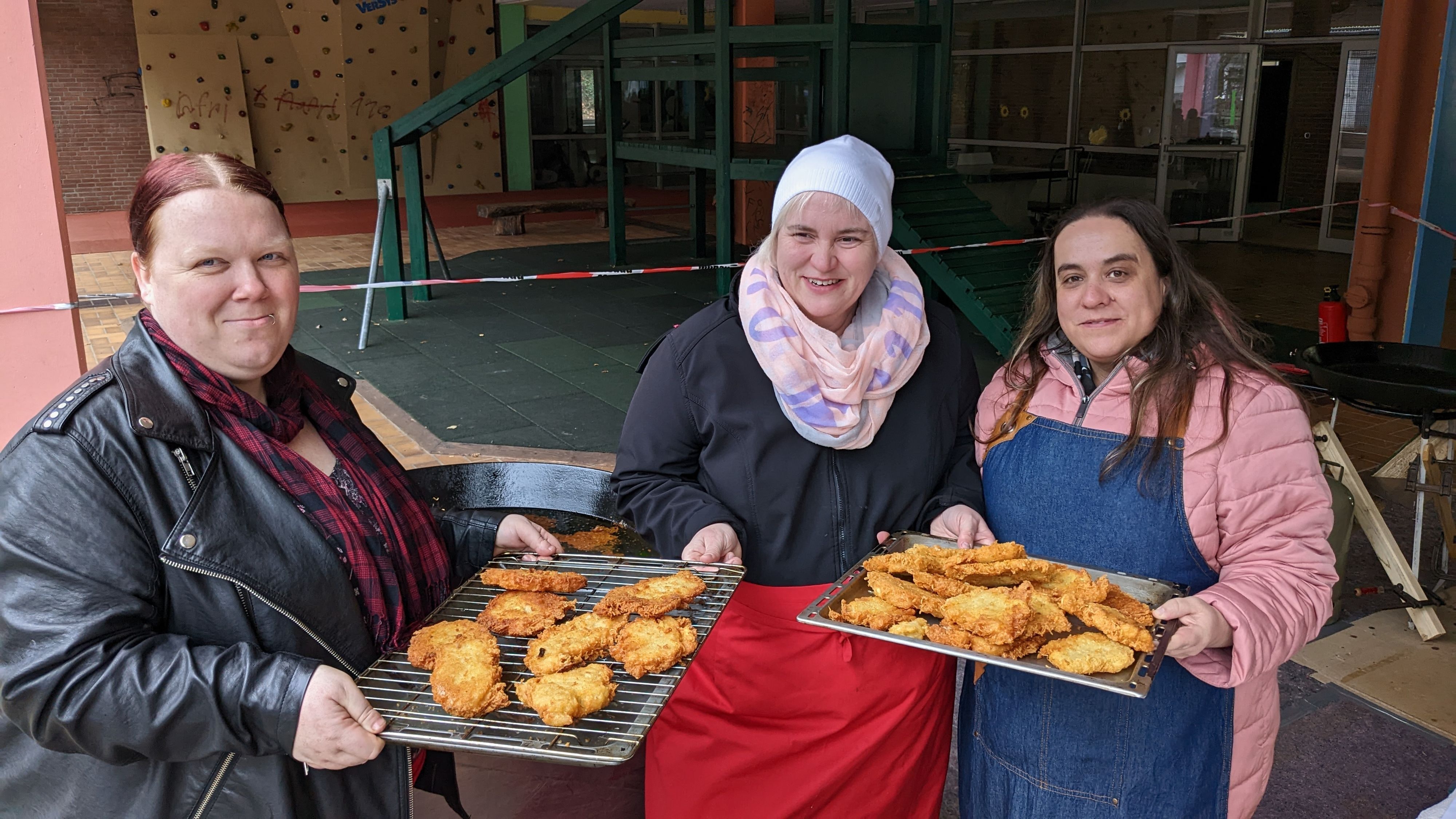 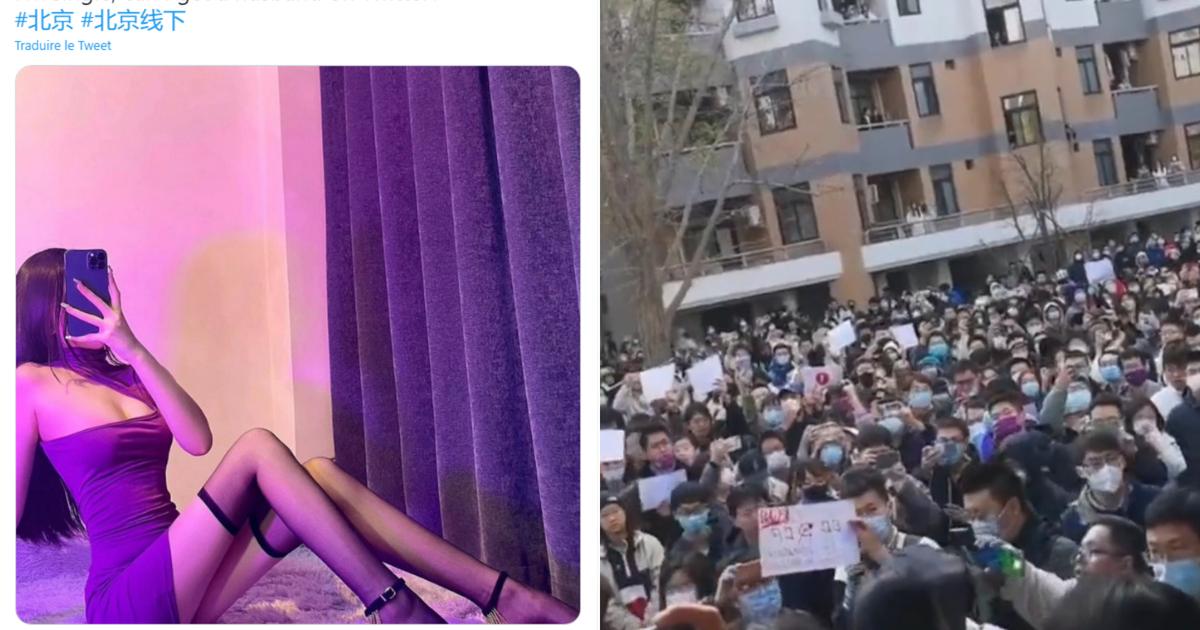 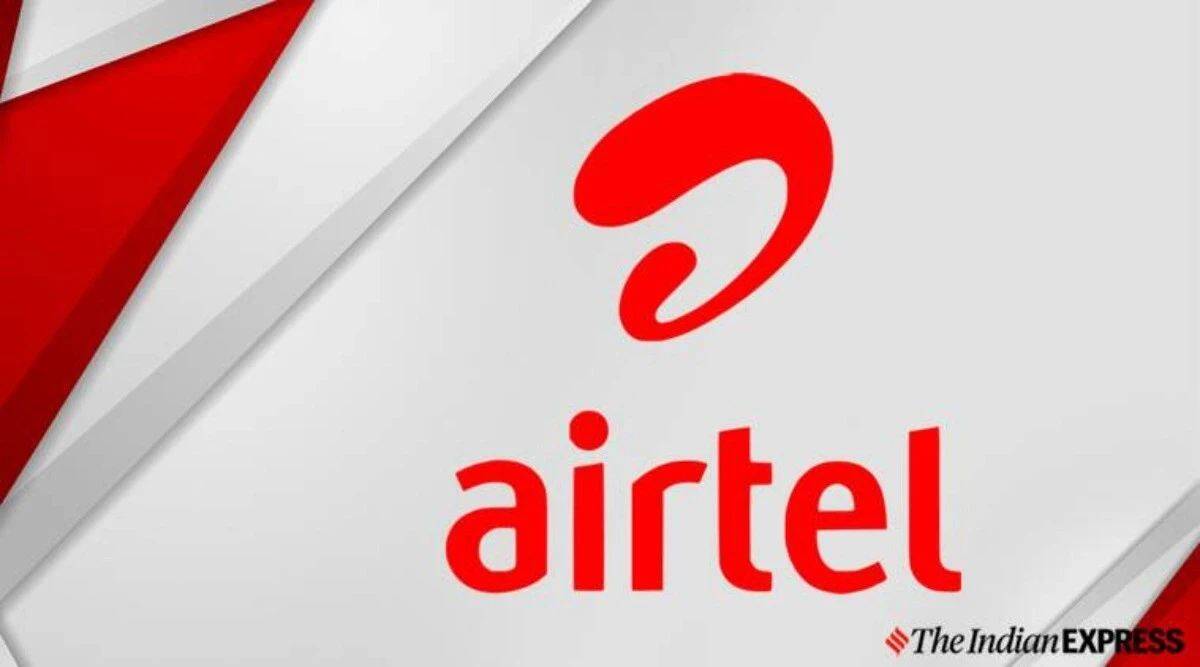 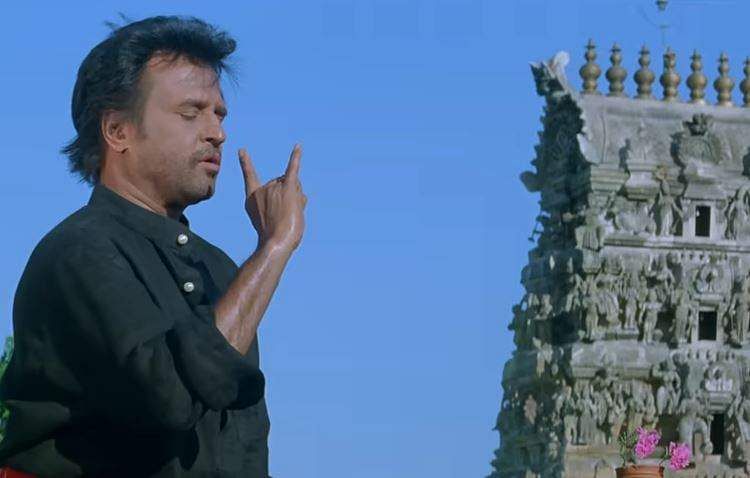 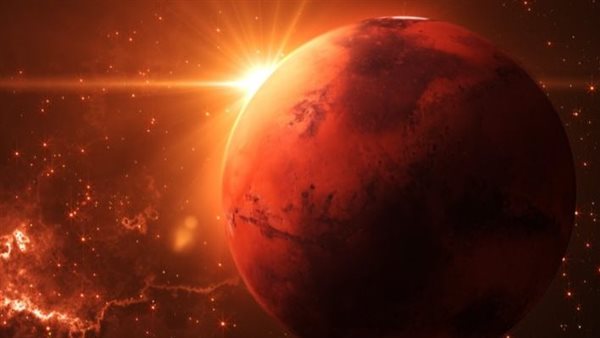 Mars, the red planet, is associated with the sun on Thursday…Is there a danger on Earth? 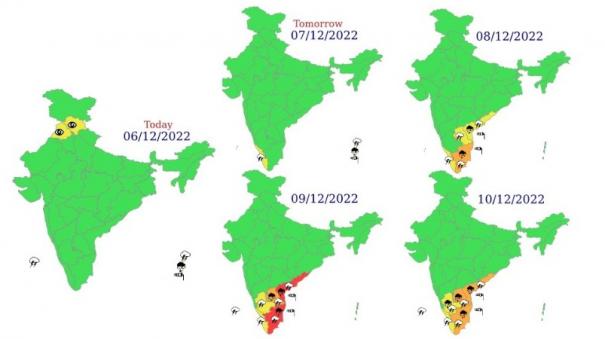 How about each of the stars this week? Kanipayyur – Weekly Star Prediction | Astrology | Astrology
Posted onDecember 6, 2022