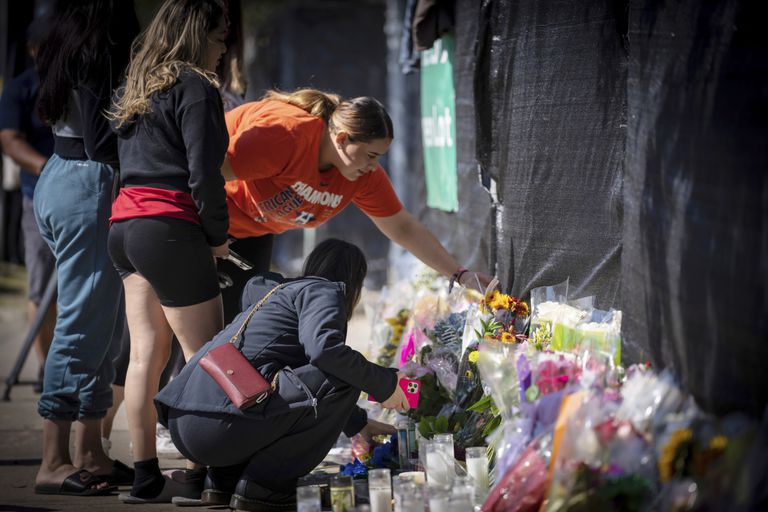 HOUSTON (AP) – Crowd management experts have suggested an independent, outside investigation to determine what caused the deaths of eight people when they were squeezed during a music festival in Houston, rather than an investigation by Houston police. who along with the fire department played a key role in crowd control and other security measures at the show.

Experts say a neutral third-party investigation into the tragedy during rapper Travis Scott’s performance on Friday night could help the city avoid potential conflicts of interest and promote transparency.

Houston Police Department spokeswoman Jodi Silva declined to comment on whether the department’s close involvement in the event created a conflict or was considering turning the investigation over to an outside agency. These decisions are often made in investigations such as police shootings.

“All the information that we have available to publish at this time has been posted on Twitter,” added Silva.

“She wants to know if this could have been avoided in some way,” Lemaitre said. “It is also very possible that it could not have been prevented for any reason and that is something we would also like to know.”

Many questions remain about what happened at the Astroworld festival at Harris County-owned NRG Park, such as what the Houston Police and Fire Departments did before, during and after a crowd crowded the stage. , killing eight people and wounding many more. More than 300 people were treated at the scene and at least 13 others were hospitalized. Other questions focus on the actions of the event organizers.

Atlantic and Mediterranean coast: what is this species of fish that bites swimmers’ legs?
Posted onAugust 10, 2022
Menu