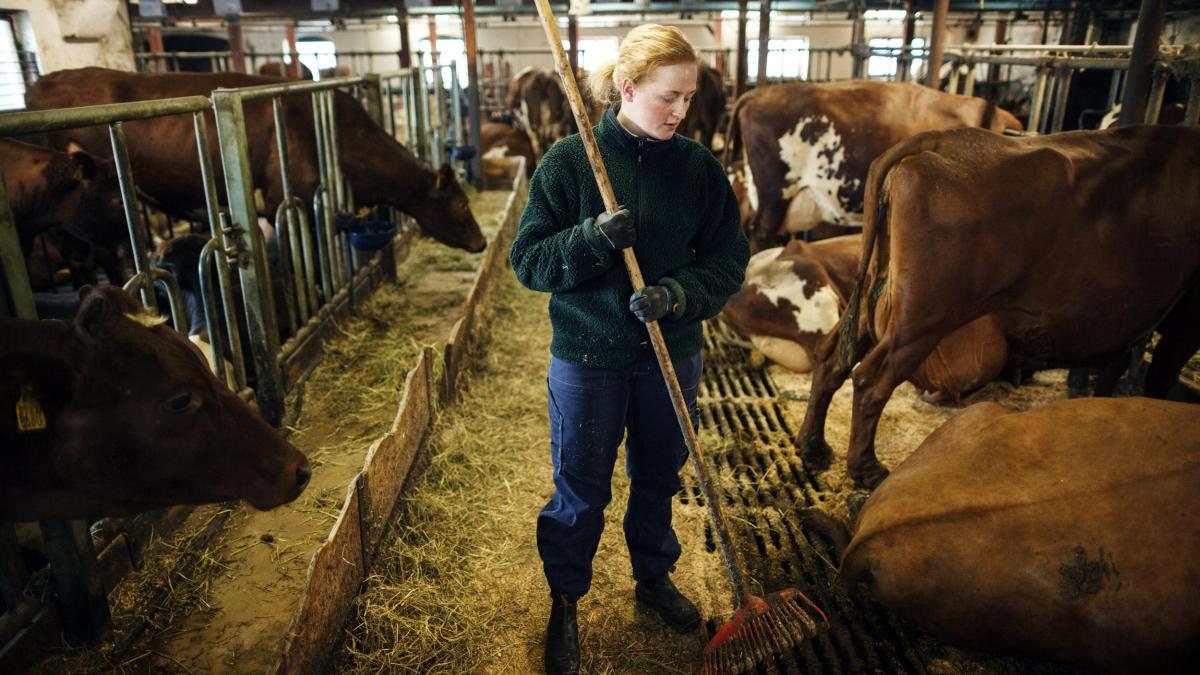 Only 1.3 percent of the population still works in agriculture – despite this, production is constantly increasing. Current figures show that. For consumers, the increase in efficiency has a positive result.

So There is seldom much praise in politics as for the final report of the commission “Future of Agriculture”. Environment and animal lovers, farmers’ associations, science, trade and consumer advocates – everyone was satisfied.

No wonder, as they had worked on the 170-page paper presented these days, which aims to show a way that secures farmers a permanent livelihood and at the same time creates an ecologically sustainable agricultural economy, which then also meets the goodwill of society.

One of the key points of the report: Consumers should not only appreciate the work of farmers, but also be willing to spend more on high-quality food.

How much the increase in efficiency has so far been in the foreground can be seen from the employment statistics. Shortly after the war, one in four worked in agriculture. A total of almost five million people worked in the fields and in the barn. Today this only applies to 1.3 percent.

Nonetheless, production increased steadily. In the same period of time, the average yield per hectare for wheat quadrupled from 18.5 to 78.3 decitons (100 kilograms). Today, a cow produces an unimaginable 8457 kilos (this corresponds to 8291 liters, kilos is the standard in the industry) of milk annually.

The fatteners are so hardworking that a fifth more meat is produced in Germany than the consumers in this country eat. The self-sufficiency rate of 117.7 percent last says nothing else. The rest is exported.

That, too, is efficiency: if a farmer’s work was mathematically sufficient to feed ten people in the middle of the last century, today it is 135, as the farmers’ association calculates. A lot of technology, knowledge and billions in investments are required: powerful high-tech tractors, shading and irrigation systems in fruit growing, analysis of soil chemistry and much more.

Farmers have become entrepreneurs who face tough competition on the world markets. Although producer prices have risen in recent months, there is a constant ups and downs. In April, the index was 115.7 points, almost exactly at the same level as two years earlier.

For consumers, the increase in efficiency has the positive result that only around 15 percent of their private consumption is spent on food. Although the proportion has increased recently, it remains moderate compared to previous decades. Back then, people spent more than half on food and drink. But today society wants more from the farmers than acceptable quality at low prices.

At the top of the consumer’s wish list is animal welfare, fair wages for staff and a reduction in emissions. This was shown by a Forsa survey for the Federal Ministry of Food.

All of this should be done by companies whose profits are unlikely to impress high earners. According to the Statista portal, an average full-time business achieved a result of 64,455 euros in the 2019/20 financial year.

The often called for change towards a more sustainable agricultural economy has long since begun. An indication: every tenth hectare is now farmed organically. But the principle of “more class instead of more mass” should pervade all of agriculture in the future.

Eli Dassa’s terms at Maccabi Tel Aviv have been agreed upon, the last obstacle: the length of the contract – ynet Yedioth Ahronoth
Posted onAugust 11, 2022August 11, 2022