One of the most anticipated premieres of 2021, Ridley Scott’s film “House of Gucci” will be released in German and Russian cinemas on December 2, the year of the centenary of the Italian brand. The script of the film is based on the book by Sarah Gay Forden, House of Gucci: A Sensational Story of Murder, Madness, Glamor and Greed, and is based on the events leading up to the 1995 murder of the head of the company, Maurizio Gucci, by his wife Patricia Reggiani. The murder that shook the world was a heavy blow to the fashionable Italian house. Over a hundred years of its existence, the company has experienced a whole series of dizzying successes and crushing falls, but today it remains one of the most popular brands in the fashion world. DW is about the dramatic history of the Gucci house.

The son of a tanner and horse harness maker Guccio Gucci opened his first workshop after leaving school in 1906. In it, he offered mainly equestrian ammunition. But soon Gucci went to work in Paris, and then to London. There, among other things, he worked as an elevator operator at the Savoy Hotel. The fine clothing of the guests and the luggage bags were a source of inspiration to him.

Returning to his native Florence in 1920, Gucci studied with a leather goods manufacturer – and opened his first store a year later. The observations made at the London hotel helped to understand the needs and desires of wealthy clients. Elite riding equipment became the backbone of the business. However, the greatest demand among the Italian high society was used for travel accessories made of leather: sturdy suitcases, trunks for hats, bags for cosmetics, shoes and belts.

When genuine leather became scarce in 1935, I had to improvise. For his products, Gucci used hemp fiber, linen, jute and bamboo. Today, elements of these materials are part of the brand’s unique design, as is the jacquard pattern with the initials “GG” designed by Guccio Gucci on a light brown background. In the decades that followed, other brand names emerged: the bamboo handle bag, the “GG” monogram, red stripe on a green background, and loafers with metal buckles. 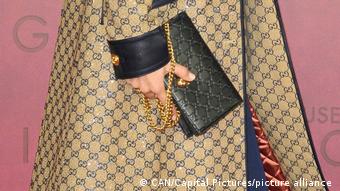 After World War II, Guccio’s sons Aldo, Vasco and Rodolfo joined the business. New stores were opened in Italy and abroad, and customer demand grew. Even during the life of the founder of the company, Gucci had many fans in New York high society, the things of this brand became cult.

In 1961, one of Gucci’s handbags, introduced in the 1950s, was renamed from Constance to Jackie, in honor of Jacqueline Kennedy, who was rumored to be in love with the model. It was said that one day she went to a Gucci store and bought six of these bags at once. The “Jackie 1961” model has become one of the most iconic in the history of the brand and is still in production today. Depending on the material and size, this bag will cost between 1,700 and 5,900 euros, while the crocodile leather version will cost 22,000 euros.

In 1985, Gucci loafers were included in the permanent collection of the Metropolitan Museum of Art. This shoe became famous, among other things, thanks to Madonna, fully dressed in Gucci at the MTV Video Music Awards in 1995. Gucci loafers were also on Brad Pitt in the 1999 film Fight Club.

Behind the facade of the Gucci house

But behind the front facade of the Gucci house, serious passions raged. After the death of the founder of the company, a major quarrel occurred in the family, which almost led to the collapse of the business. Conflicts between brothers, which have flared up more than once, lawsuits against tax evasion, poor management, and declining sales have accompanied the family for decades. In the 1980s, an investor from Bahrain was attracted, Gucci became a joint stock company, headed by Guccio’s grandson, Maurizio Gucci. 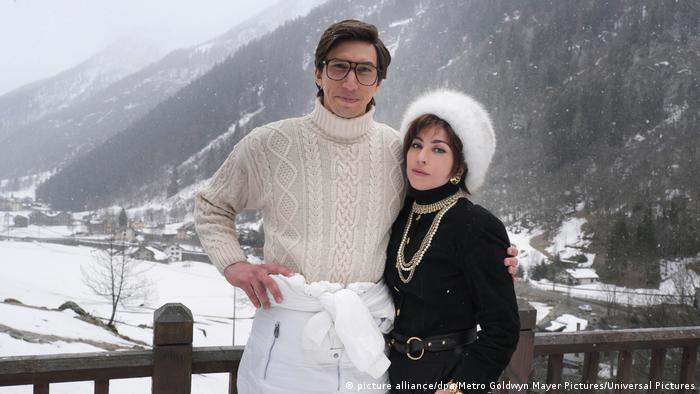 In 1995, he was gunned down on the doorstep of his Milan office – two years after a Bahraini investor took over the company entirely. The investigation established that the killer was hired by Maurizio’s ex-wife, Patricia Reggiani. She was sentenced to 29 years in prison on charges of organizing the murder. Patricia spent 18 years behind bars, having been released early in 2016 – and immediately received about a million pounds sterling for a share of Gucci’s real estate.

Maurizio Gucci was the last of the family who directly led the company, determining the directions in which the brand should develop. In 1990, when the company suffered colossal losses due to strategic miscalculations and family feuds, Maurizio brought in the American designer Tom Ford to the business. In 1994, Ford became the brand’s creative director. In the first six months of 1995, the company’s revenues increased by 87 percent. It was thanks to Ford that the Gucci house cemented its reputation as a sexy brand that stood out for its glamor against the backdrop of the “sloppy” grunge of the 1990s. After Ford left in 2004, his successors struggled to keep up with sales, and the Gucci brand began to lose its luster. 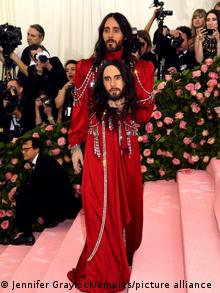 Jared Leto in a Gucci dress

Gucci’s fashion fans were again attracted to the attention of fashion fans in 2015, when Alessandro Michele was appointed as Creative Director. It was he who transformed the legendary brand, taking it to a new level. Michele rethought the concept of a fashion house, turning from the division of clothing into men and women and proposing to make it gender-neutral.

His most revolutionary creations include a red evening dress worn by actor Jared Leto at the 2019 Met Gala, and a dress in which British singer Harry Styles became the first man in history to appear on the cover of Vogue magazine.

Gucci is the second most frequently cited brand by hip-hop artists today. In Lil Pump’s hit “Gucci Gang” alone, he is mentioned 53 times. Gucci’s close relationship with hip-hop dates back to the 1980s. It was then that underground designer Dapper Dan collaborated with the Italian fashion house to create jackets with the “GG” monogram for the duo Eric B. & Rakim.

The return of interest in fashion in the 1990s attracted the interest of millennials to Gucci. The “GG” logo is often found on social media today. Gucci’s Instagram page, the virtual trendsetter of the 21st century, has over 46 million followers. And the Gucci Kids Playground mobile app helps the brand find a common language with the youngest customers.

By the way, now the Gucci company owns the French concern of luxury brands Kering. Its leader, François-Henri Pinault, is the husband of Salma Hayek, who played one of the supporting roles in the film House of Gucci.

Amit Segal attacks: “The hypocrisy of the coalition is visible even to the color-blind” – Ace

No one was retained; Punjab Kings to rebuild team – Dool News