Fiber optic connection: With these arguments you will convince landlords 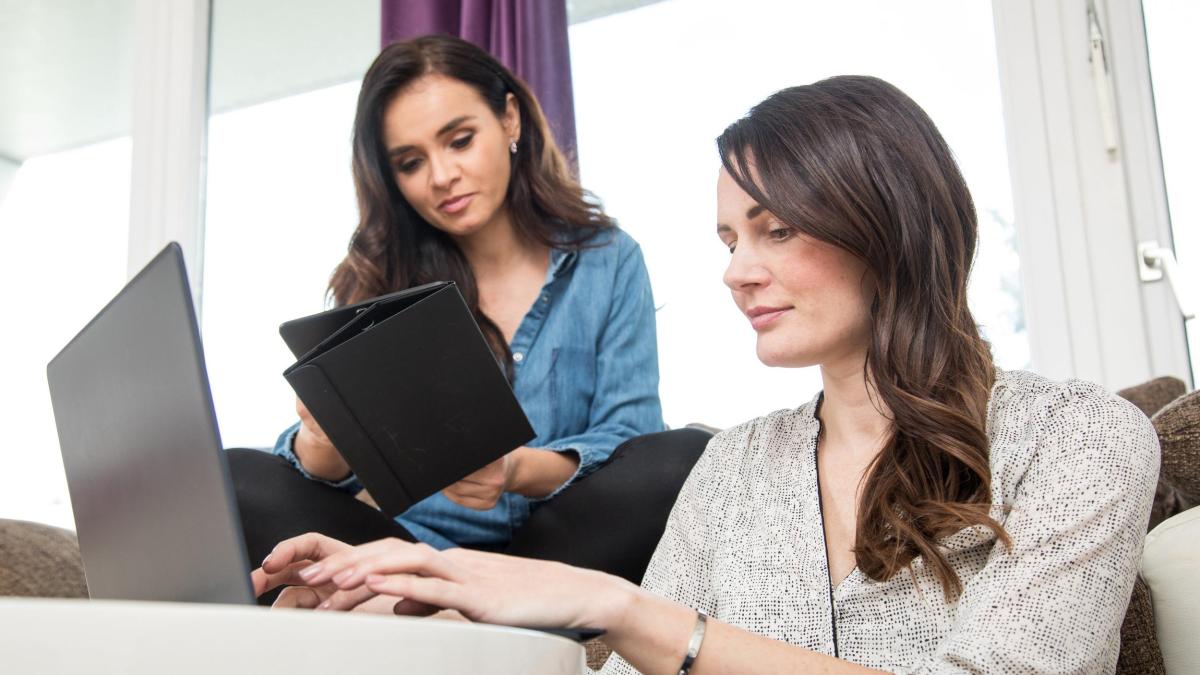 IIt’s great, such a DSL line with 100 megabits per second. Even today. But what about ten or 20 years from now? If the demand for bandwidth continues to grow, the copper cable with the current technology will soon have reached its performance limit. The television cable has even more reserves. But even here it should be over at some point.

That shouldn’t be the case with a fiber optic connection. The providers promise fast connections with a bandwidth of up to one gigabit at the moment. The problem: Most people don’t have control over which connection they have in their home.

Tenants or residents of condominiums have to work hard to get a fiber optic connection – and there is often no one direct route. There is a little help here.

First of all disillusionment: tenants can hardly find out at all whether their own house has, can or will get a fiber optic connection and which provider is responsible. “There is no generally reliable source,” says network expert Thorsten Neuhetzki from “Inside Digital”.

The most likely scenario looks like this: You find a note in your mailbox or posters in a residential area advertising fiber optic connections. For example because the local public utility company, Telekom or another provider want to expand. Or direct marketers on behalf of the providers come to the front door.

Now it’s time to act: “As a tenant, you can only mobilize what can be mobilized,” Thorsten Neuhetzki encourages.

Tenants of an entire house have it easiest here. You just need to get the homeowner’s approval. It is also easier for tenants in a single-owned house with only a few residential units. You can team up and bring the wish to the owners.

No fiber can be laid without their consent. “A hole has to be drilled in the house for the fiber optics. As a tenant, you have no right to do so, ”says Neuhetzki.

Fiber optic connection: The WEG as a challenge

It gets a little more difficult with larger landlords. According to Neuhetzki, there are often framework agreements with providers for fast internet access. And that doesn’t always have to be fiber optics.

Basically, according to Neuhetzki, it can’t hurt to ask the administration and draw attention to the topic. Because if there is not yet a framework agreement, there is at least a theoretical chance of opting for fiber optics.

Probably the greatest challenge are homeowner associations (WEG). Regardless of whether you live in a condominium in a WEG or whether you rent it: Here, too, you cannot simply let yourself be connected to the fiber optic cable by yourself.

The WEG must jointly decide to bring the house to the fiber optic network. And anyone who has ever been to an owners’ meeting knows that quick decisions are seldom made here.

Neuhetzki’s advice: Don’t wait for a fiber optic provider’s marketing offer, but clarify the issue directly. “Raising awareness among landlords or administrators for the topic today and making a blanket decision on the topic at the next owners’ meeting,” he says.

Otherwise deadlines can quickly be missed in the event of an expansion campaign by a company. A possible free connection to the network would no longer be possible.

Arguments for the fiber optic connection

Why should landlords and owners actually agree to the connection to the fiber optic network? After all, this is also associated with construction work.

And even if the companies often lay the connections at no cost to the homeowner, at least the costs for the connections to the individual apartments can arise. So a couple of solid argumentation aids don’t hurt.

The first argument: Owners can partially pass the costs on to their tenants, says Sven Knapp from the Breko industry association, which represents many fiber optic providers. This is possible via the new Telecommunications Act, which will come into force on December 1, 2021.

There is a so-called fiber optic provision fee. “This allows landlords and building owners to pass on part of the fees for laying fiber optics in the building to the tenants via the ancillary costs.”

Sounds bad for tenants at first, but it is moderate: a maximum of 5 euros per month, i.e. 60 euros per year for a maximum of 9 years, may be passed on. The cost per apartment is 540 euros, spread over nine years – not bad at all.

The second argument: “Once fiber optics are laid, there is silence for many decades,” says Sven Knapp. It is true that there is still no long-term experience with fiber optic technology in apartment buildings. But the manufacturers currently promise 30 years and more durability without replacement.

“Apartments without fiber optics may be more difficult to rent in the future,” says network expert Thorsten Neuhetzki. A fast grid connection is becoming an important criterion for more and more tenants.

The fourth argument: “If fiber optic providers put that into the house free of charge, why not? Take away “, says Thorsten Neuhetzki. If you don’t take part in the expansion campaigns, with a little bad luck you will only be able to connect to the network at your own expense. And that can get quite expensive depending on your home, distance from the road, and other factors.

What is in store for the house?

The fiber has to get into the house somehow. Maybe there is already an empty pipe, otherwise a hole has to be drilled. Then the house connection is installed. The providers do this part of the work for many marketing campaigns at no additional cost. In other cases, the expansion is free of charge, even if fiber optic connections are booked at the same time – it depends on the individual case.

In the case of existing buildings, the home owner usually has to pay for the supply of the individual apartments in the house. And that can get a little dusty. According to Breko, the fiber is almost always laid under plaster in Germany.

However, part of the costs can be allocated via the fiber-optic provision fee. Some newer buildings may already be equipped for fiber optics right into the apartments.

Tenants would only have to do two things in the case of a fiber optic connection: They have to buy a fiber optic modem or obtain it from the provider.

In summary: “The smaller and more individual the tenancy, the greater the chances,” says Thorsten Neuhetzki. And the general rule is: be attentive, get active and stick with it – unfortunately, in most cases, tenants cannot do more.

In Germany, the cohabitation between Ukrainians and Russians promises to be complicated
Posted onSeptember 29, 2022

France is accelerating in the battle for hydrogen
Posted onSeptember 29, 2022

Amit Segal: “An upside down world; how come Shikli was disqualified and she wasn’t?”
Posted onSeptember 29, 2022
Menu