Fight against the variant: vaccines are not enough – Pescara 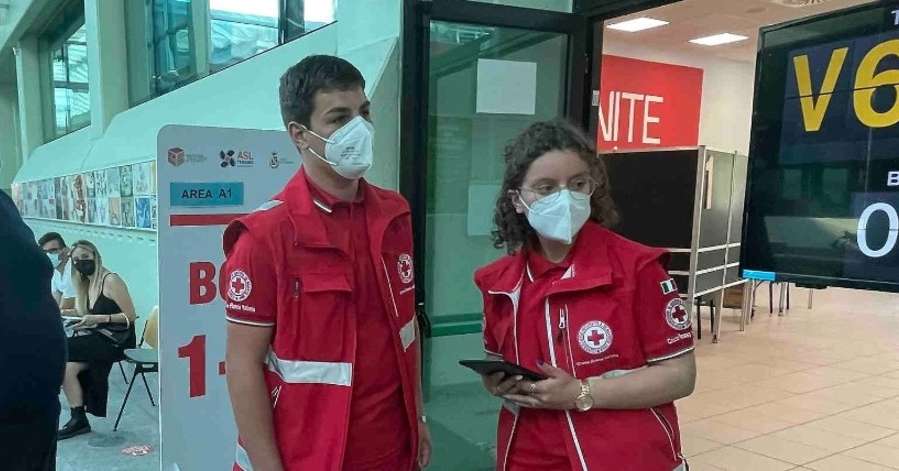 PESCARA. The doses will not be enough. Neither now nor in the future. There could not have been worse news for Abruzzo struggling with a fight that becomes unequal against the Delta variant.
The numbers speak for themselves: the Asl dell’Aquila, until yesterday, did not have sufficient doses to cover the days that separate Abruzzo from the new supply of vaccines. He was missing a thousand and asked Teramo for help. Even the Asl of Chieti and Pescara are running out. But they must hold out until Wednesday when 36 refrigerated containers will arrive in Abruzzo, each with 1,170 Pfizer doses for a total of 42,120 vaccines that already seem to be insufficient. But we are only talking about the present.
AT SIGHT. Navigation is practically on sight. And if we look to the future it becomes agitated. In fact, our region needs over a million doses to reach herd immunity in time, that is, coverage of 80 percent of the population. But the calculation is soon done.
The doses reached so far in Abruzzo are almost 1,400,000. Of these, 1,250,000 were administered. This means that, on average, each Abruzzese would have received their first dose of vaccine but to have global immunity an identical amount will be needed: over a million. A quantity that, with the current pace of supplies, seems to be an unattainable goal.
BETWEEN SAYING AND DOING. But Abruzzo, as well as other regions, is categorically asked to maintain a high target, higher than 11 thousand administrations per day, for which, however, it is not sufficiently supplied. But there is another obstacle that has emerged in recent days that will put a strain on the tightness of the regional apparatus leading the vaccine campaign. The obstacle is represented by a new sudden change – yet another in the last few weeks – of the priorities imposed by the Commissioner, Francesco Figliuolo.
SCHOOL FIRST. From him the order was given to the regions to put, from this moment on, at the top of the list of people to be vaccinated those belonging to the school world. The diktat of the general is to administer doses to as many teachers and ATA staff as possible without coverage.
But what is the difficult problem to solve? The main obstacle for the Region is to identify the names of non-vaccinated school staff who, in Abruzzo, represent 20% of the total. But it is not easy to find their names because there are no lists since it is a non-mandatory vaccination. The only way that the Region can take is to go and fish out the manifestations of interest relating to the school, registered, several months ago, on its platform, excluding from this list the names of the teachers and technical staff already immunized.
AUGUST IS NOT ENOUGH. The time is damn short because it should be done in a month, continuing to administer doses to all the other booked Abruzzese but without any certainty about the doses arriving. “We are doing our best,” he declares to Center Maurizio Brucchi, regional coordinator for the vaccination campaign, «however, we ask the government for the necessary doses and, as regards the last priority, to immediately launch an awareness campaign aimed at school staff in order to facilitate the task of identifying who is not vaccinated.
THE TWO SPEEDS. We ask Brucchi to clarify another aspect of the vaccination campaign in Abruzzo. The question is simple: the local health authorities, as the Region said in June, should have called the citizens to anticipate the second doses. It has been done? The regional coordinator’s response reveals a vaccination system that travels on different lanes. The recalls were brought forward in Teramo and L’Aquila; partially anticipated in Pescara but not made by the ASL of Chieti which follows its own path. Not only between different regions but also within the same region two weights and two measures are created.
WE ARE NOT CINDERELLA. Finally, let’s talk about significant numbers. Large numbers, referring to the vaccination campaign in Abruzzo. The tables above indicate in a simple way the trend of vaccinations in which our region is not a queen but not even Cinderella. The most covered age group is that of the over 80s, while the under 19s are the least protected. Finally, the third table shows how Abruzzo managed to catch up with a clear delay in June, realigning itself to the national average. The latest average of doses administered each day in Abruzzo is 11,618. At this rate, it would take 2 months and 10 days to cover 80% of the vaccinable population. The target would be reached on 19 September 2021.

He is two minutes away from being the most talked about chef in Tel Aviv. This is his city
Posted onAugust 17, 2022