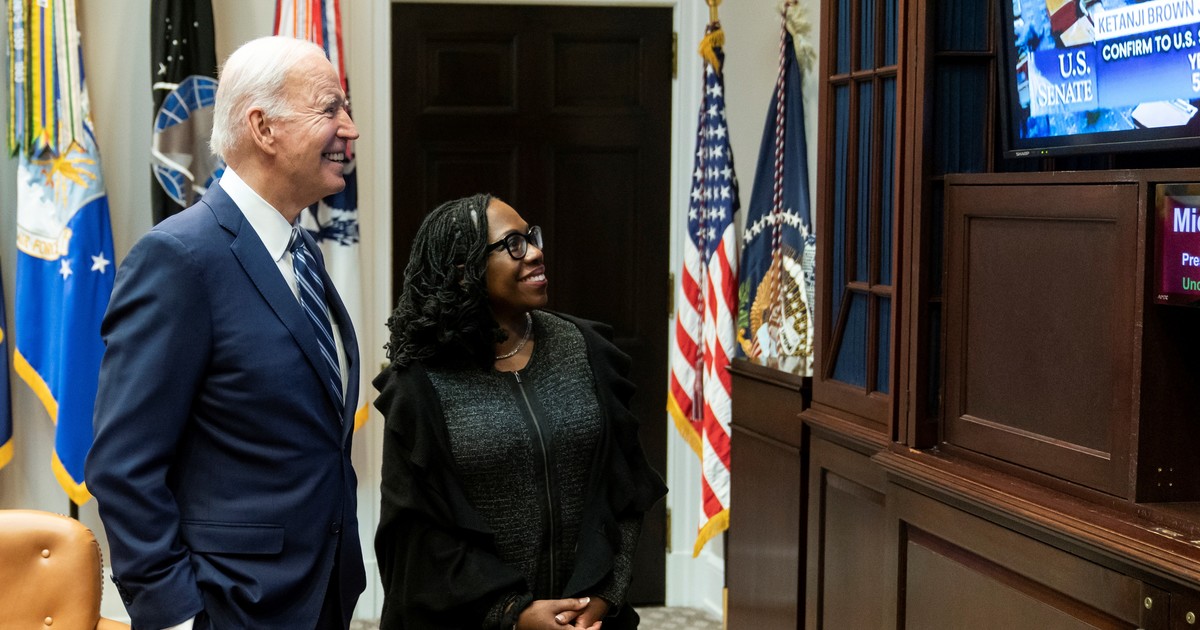 The US Senate confirmed this Thursday the appointment of Ketanji Brown Jackson in the Supreme Court of that country. Chosen by President Joe Biden, she becomes the first African-American woman to reach the highest court in its 232-year history.

Jackson, known colloquially as “KBJ,” passed the Senate test with 53 upvotes: All 50 Democrats and 3 moderate Republicans (Susan Collins of Maine, Lisa Murkowski of Alaska, and Mitt Romney of Utah). The others 47 Republican senators voted against.

He fills the position vacated by Stephen Breyer upon his retirement. He had been nominated by Bill Clinton in 1994 and turned 83 last August.

The 51-year-old Jackson was appointed in June 2021 to the Washington Court of Appeals, an instance known for the importance of the cases it deals with. It happened in the first months of Biden’s term as president.

Joe Biden and Ketanji Brown Jackson watch the confirmation of the new justice of the Supreme Court of the United States. Photo EFE

His name had already been linked to a possible arrival at the highest court in the United States. The president himself had given clues in this regard last January, before his appointment was ratified by Congress.

“That person will be the first African-American woman ever nominated in the United States. It is something that is already late,” Biden said then. All roads led to Brown.

Throughout the country’s history, only two African-Americans have worn the Supreme Court robe: Thurgood Marshall (1967-1991) and Clarence Thomas (since 1991). Additionally, only five women made it to the Court, including three of its current members: Sonia Sotomayor, Elena Kagan, and Amy Coney Barrett.