for experts “normality before July 4” 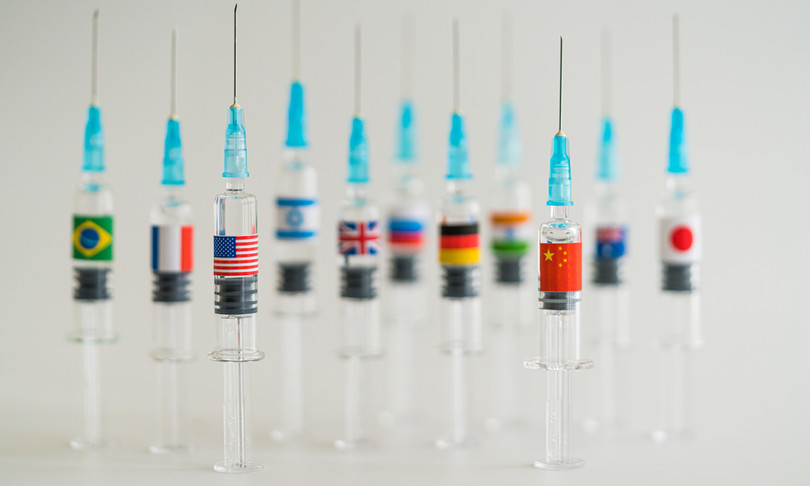 Time.news – Three vaccines and one hundred million doses administered in the United States (compared to less than half in the European Union, 47.2 million). A milestone in the fight against coronavirus and a goal hit 49 days early for Joe Biden. Over 65.9 million Americans have received at least one dose, “one shot”, as they say around here, including 16.5 million in Donald Trump’s last month in the White House.

“What the Trump administration has done to develop the vaccine has been outstanding. There had never been a vaccine ready in nine months. They invested resources, with blank checks, since they had no guarantees of success, using all the levers at their disposal, as in times of war. The partnership between public and private, to speed up the process, was also an unprecedented fact in this field. Anthony Fauci himself estimated a year ago that it would take at least two years to have a vaccine and instead in the United States we are already administering three “, he comments Giovanni Filardo, Professor of Epidemiology at Southern Methodist University and Research Professor of Epidemiology at Baylor University, Dallas, Texas.

Filardo just before speaking with the Time.news he was engaged in a meeting with one of the leaders of Operation Warp Speed, set up by Trump to get to the anti-Covid serum in record time. “The Trump administration must be credited with the success of the vaccination campaign in America – says Filardo – because, as confirmed by the White House task force, they are now using the platform that the former president had set up. Biden actually found the infrastructure ready “also for the distribution of vaccines”.

“This head of Operation Warp Speed, who remained in office even with the change of administration, told me that the vaccine was practically ready in 43 days, since they received the RNA code from the World Health Organization (WHO). And they already knew it would work because in the laboratory it neutralized the virus. Clearly, before getting the green light from the FDA it was subjected to phase 1, 2 and 3 tests. They had to check its efficacy and safety profile, “he explains. Fliardo, “what will be done for AstraZeneca’s serum when it files the Emergency Usa Authorization (EUA) application in the United States”.

Administration of the vaccine AstraZeneca (approved in 60 countries) was suspended in three European countries, while in Italy an entire batch was seized after 5 suspicious deaths, but American experts throw water on the fire of worries.

“Of course, these adverse reactions will be scrutinized, but from what I have seen, the number of thrombosis cases among those who have received the vaccine (AstraZeneca, ed) is not higher than expected. Things happen and a coincidence in time does not imply necessarily a causal link. That said, if the regulatory authorities, on the basis of the information at their disposal, fear a causal link, then it is appropriate to intervene to mitigate the risks while further investigations are made “, specifies the Baylor College of Medicine professor in Houston, Robert Legare Atmar, member of the advisor committee on immunization practices (ACIP), the panel of experts that indicates to the US health authorities (Centers for Disease Control and Prevention, CDC) who can receive the vaccine.

Atmar recalls how some cases of anaphylaxis also occurred after Pfizer started while Moderna was asked to remedy these allergic reactions under review. “I don’t think AstraZeneca will need to postpone the EUA request – remarks Atmar – it will depend, at least in part, on the speed with which the company will be able to respond to the concerns raised in Europe”.

Professor Giovanni Filardo points out how out of 5 million doses of AstraZeneca vaccine administered, there were only 30 cases of adverse reactions. The volunteers on which it was tested were 24 thousand. “With such a low probability of serious adverse reactions, in order to predict these problems, technically they would have had to carry out tests on a population of 170,000 volunteers – explains Filardo – an impossible thing. A study on 24,000 people is already huge, for any type of Standard. Let’s consider that 2 or 3 thousand people are being studied for the flu vaccine when mass immunizations are carried out, unfortunately there are always cases of adverse reactions, but there is not necessarily a causal link “.

AstraZeneca started clinical trials in the US last summer but after a few weeks they were stopped until September 6 (worldwide) for some side effects. Six days later, testing resumed in the UK while in the US, the FDA allowed the company to resume testing only after a month, on October 23. Last November AstraZeneca admitted a mistake in one of its studies because some volunteers in the UK had been given half a dose rather than a whole one.

“But these are all vaccines developed in emergency, it is normal that they require adjustments – warns Filardo – in any case the benefits far outweigh the risks. “ If approved, AstraZeneca will be the fourth vaccine available in the United States, along with Pfizer-BionTech, Moderna, and Johnson & Johnson. AstraZeneca is ready to deliver to Americans “about 50 million doses instantly,” it anticipates the vice president of the company Ruud Dobbler, confident that it is “very effective against the English variant”.

President Joe Biden aims to celebrate the 4th of July the day of independence from Covid in America. Filardo is even more optimistic. “The infections have dropped a lot compared to a few months ago. If you count the vaccinated, the people who will be vaccinated (the average is 2.7 million per day) and those who have been infected and who therefore have developed an immunity that lasts, at least as far as we know so far, at least 8-9 months, I think we will return to normal in America even before July 4th “. Independence, an early new start.

Lapid calls for authorities to rebel: “Not to cooperate with Avi Maoz”
Posted onDecember 3, 2022