For the information of Israel: the qualifying games will be shortened 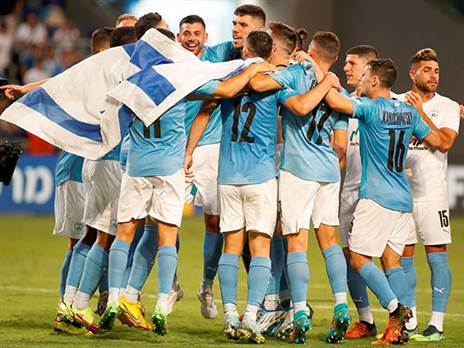 UEFA presented today (Wednesday) a number of future and interesting changes concerning the national team matches that will come into effect after Euro 2024. According to the organization, the idea is to make the qualifying matches dynamic and less predictable.

According to the decision: the qualifying games for the World Cup (2026) and the Euro (2028) will be held in the framework of 12 houses of 4 or 5 national teams, instead of 6 national teams in each house, as was customary until now. This means that the first team from each house will automatically qualify, while the runners-up can automatically qualify or participate in playoff games (depending on which tournament it is), along with the teams from the Nations League (if it is the Euro qualifiers).

This means that more teams will compete for their place in the playoffs. In other words, it will be more difficult to automatically qualify for the Euros (24 representatives) and the World Cup (16 representatives from Europe). In any case, UEFA rejected the idea of ​​increasing the next Euro (2028) and it will remain at 24 participants per hour.

The next Nations League will include several changes. The eight best teams in Tier A (where Israel is located) will qualify for the quarterfinals, instead of the first 4 for the Final Four as it was until now. In addition, there will be playoff games for promotion and relegation.

UEFA also decided that the European Super Cup in 2023 would be held at the Giorgios Kriskais Stadium in Athens and moved from Kazan, following the war in Russia. Slovakia was chosen to host the European Under-21 Championship in 2025.

“Don Giovanni” in Leipzig: noise in the stairwell
Posted onJanuary 30, 2023