“For your service you need a license to carry weapons” 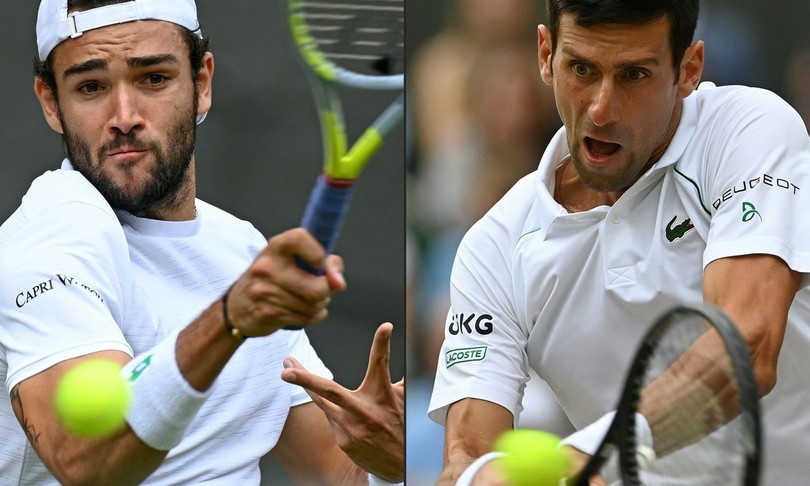 AGI – “Now Berrettini can win Wimbledon, he has all the means to do it”. Nicola Pietrangeli, now 87 years old, for 61 years the only Italian to arrive in the semifinals (lost against the legendary Rod Laver) on the grass of Church Road was first reached and now overtaken by Matteo Berrettini, the 25 year old Roman, who beating Hubert Hurkacz in four sets (6 / 3- 6 / 0-6 / 7-6 / 4) became the first Italian finalist in the history of Wimbledon. Matteo on Sunday will play the final against Djokovic, the world number one in search of his twentieth slam, aiming for an epic victory and rematch compared to the Roland Garros match, when the curfew and the related suspension of the match to let the public out with the Roman in comeback ruined the magic moment.

And Pietrangeli believes it: the former tennis player at AGI explains that, despite the fact that he is underdog on paper, Berrettini can do it. “Nole certainly does not take the victory from home and if Matteo did it he should not cry out for a miracle but for a feat achieved thanks to his skills and commitment.”.

What advice do you give him? “I would tell him to serve as he has done so far and also not to think that he is playing the Wimbledon final, but a simple first round. It is not easy I know, but Nole will have many more thoughts than him, he is the defending champion and after the victory in Melbourne and Roland Garros he aims for the Career grand Slam ”(the slams plus the Olympic gold in the same calendar year ed).

On the sixty-one years it took by the new tennis generations to reach (and now to surpass) his record he explains: “Obviously it was not so trivial to do so, all the tennis players of the modern era tell me about their speed and the broadsides they shoot, but maybe not it was so easy to match us ”.

How did Berrettini do it? “Thanks to a service that needs a firearm license – he explains – and also thanks to an education and a staff that led him not to get upset. His coach Vincenzo Santopadre does not give himself airs, he could do so given the results instead he transmitted his modesty to Matteo who does not speak and work. Today he can only improve, not in the already perfect serve and forehand, but in the backhand ”.

Regarding the last match, he observes that “the first two sets, with Hurkacz almost annihilated, didn’t even look like those of a semifinal, thanks to Matteo, of course”. He is also grateful to the Roman tennis player for having returned to the Pole the 6/0 inflicted on Federer in the quarter-finals: “I was hoping that Matteo would avenge Roger, he must have heard me somehow, a gentleman like Federer cannot be left to zero, ever. In an intelligent way, perhaps with a couple of double faults, he has to win a game ”.