Dhe “S” stands for speed – which would already mark the biggest difference: S-Pedelecs can reach up to 45 km/h as long as you pedal. With normal pedelecs, commonly known as e-bikes, the motor stops supporting you at 25 km/h.

This means that S-Pedelecs are legally classified as mopeds – unlike pedelecs, which are classified as bicycles. An operating permit and an insurance number are required here, as with mopeds or scooters. You can only drive it if you have at least an AM driving license and are at least 15 years old. You can also jet off with a car driver’s license.

Controversially discussed: S-Pedelecs have to drive on the road. Conversely, this means that cycle paths are taboo for them, even outside of town. “In fact, on many non-urban roads with cycle paths alongside the roads, the use of suitable cycle lanes is often the safest solution,” says the German Traffic Club (VCD), for example.

S-pedelecs hardly sell in Germany – unlike in Switzerland, where, according to the Touring Club Schweiz (TCS), they even have to use the cycle path if pedestrians are not allowed there.

With Stromer, one of the best-known manufacturers is a Swiss company. But many other brands also have fast e-bikes – Specialized, Diamant, Cube, Flyer, Riese & Müller, Scott or Bergamont. We are traveling with the Friday 27 FS Speed ​​Dual model with double battery from the French manufacturer Mustache.

The manufacturer is positioning the Friday as a car alternative for commuters: “Especially in urban or suburban environments, it can be a faster means of transport than a car or scooter,” says Mustache spokesman Clément Bonneau.

The S-Pedelec is intended for cyclists for whom a normal e-bike is too slow to cover longer distances in a reasonable amount of time – for example from the outskirts to the city center.

At first glance, S-Pedelecs look like any other e-bike. The Mustache is no exception. Only on closer inspection does it reveal itself to be a fast pedelec. The number plate on the rear is the most striking. An insurance indicator as proof of existing liability insurance is mandatory.

The central motor from Bosch offers a nominal output of 250 watts. The maximum power output is 600 watts, the torque responsible for acceleration is a lively 85 Newton meters (Nm). The motor is able to amplify the muscle power introduced by a factor of 3.4.

On board are powerful hydraulic two-piston brakes that were specially developed for S-Pedelecs by the German supplier Magura. The large brake discs (203 millimeters at the front; 180 millimeters at the rear) already suggest that the four-finger levers do not require much force.

To increase the range, the developers prescribed two battery packs for the Mustache: the down tube has 625 watt hours (Wh). The capacity of the additional power pack is 500 Wh. Under ideal conditions, the range is over 200 kilometers, says Bonneau.

In other words: for a working week, you could commute almost 40 kilometers a day without having to recharge. In addition to the engine, the power storage also supplies the other consumers – including the obligatory illumination of the license plate.

On the road with the Friday, you quickly outperform a normal e-bike. But it requires strong help of the legs to reach Tempo 45. The motor power contributed is linked to the shifting behavior: faster pedaling, i.e. higher cadence, does not lead to more motor support from a certain point.

The engine only activates its next ignition stage when you engage the next higher of the eleven gear ratios of the Shimano derailleur gears. Bosch calls this shift recognition when engine power and transmission ratio correspond to each other. It takes some getting used to and is counterintuitive to the fact that the power boost quickly subsides at higher cadences. 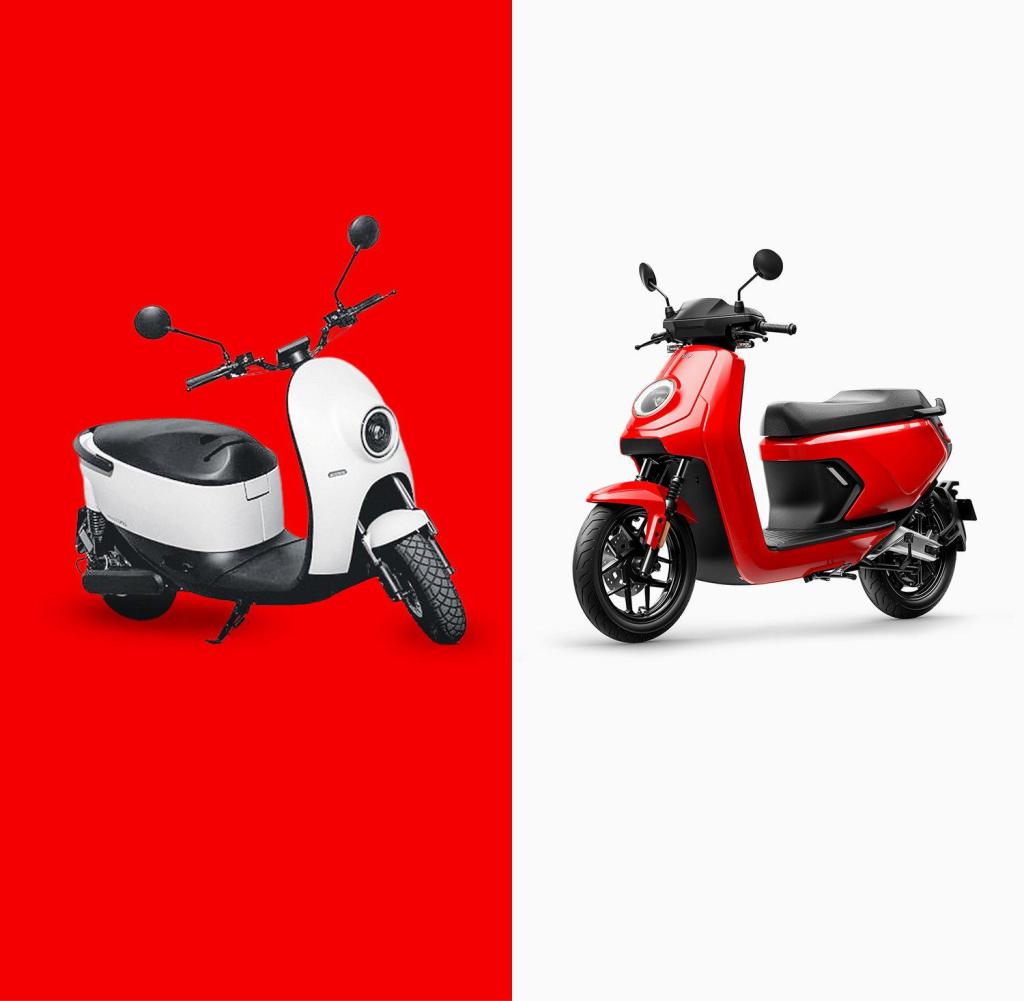 On the other hand, due to its design, the Friday does not have the boom of an S-Pedelec with a rear motor, where the power is transmitted directly to the drive axle – which means that such models feel livelier and the chain wears out less quickly.

The fact that S-Pedelecs look like bicycles causes irritation on the road. In interaction with other road users, this can lead to dangerous situations. At intersections, it is more likely that you will be given the right of way in the saddle of the Friday because other road users underestimate the speed of the approaching S-Pedelec. At the start of the traffic light, drivers overtake a little more aggressively because they don’t pass right away.

Because it is almost unknown that S-Pedelecs are not allowed on cycle paths, it happens that drivers honk their horns and gesticulate to indicate any existing parallel cycle paths. Even with the Friday, as comfortable as it is to ride with the suspension fork and frame damper even on cobblestones, you often feel like a foreign body on the road.

In addition, because forest and forest paths are taboo, you sometimes have to take detours – which can negate the travel time advantages for commuters.

First things first: If you ride an S-Pedelec, you have to wear a bicycle helmet – which, as usual, is not included in the scope of delivery. Further technical details are mandatory on the bike itself: lighting is mandatory that is always switched on while riding and has high beam. The German supplier Supernova contributes to the Friday as well as the rear light with brake light function.

Also mandatory: a horn. High beam and horn can be operated directly via buttons on the handlebars. On the left is a folding rear-view mirror from Busch & Müller, which is also part of the standard equipment of an S-Pedelec.

The Mustache rolls on Schwalbe Super Moto-X tires (27.5 x 2.40) for S-Pedelecs. They promise good traction on asphalt and are comfortable to drive. (Lowrider) bags and baskets can be clicked into the system luggage carrier from the Dutch manufacturer MIK, but they must be compatible. The aluminum construction is designed for a payload of up to 25 kilos.

The 3.2-inch touch display can be used as a navigation system via a Bosch app. It also shows the cyclist’s performance and calorie consumption, among other things. Motor support can be adapted to driving behavior via an in-app purchase.

There are functional restrictions when transporting children: In Germany, you are not allowed to tow a child trailer with an S-Pedelec. A child seat on the bike is allowed according to the press service bicycle.

The price of the Friday 27 FS Speed ​​Dual

At 7499 euros, the Friday 27 FS Speed ​​Dual is no bargain. 900 euros can be saved if you do without the additional battery. What also puts the price into perspective is the use as a car replacement – especially in times of high fuel prices. The regular pedelec Wayfarer from Eskute* in the style of a Dutch bike makes a far less significant difference. With a 250-watt motor powered by a battery (36 volts; 10 ampere hours) hidden in the frame, you’re well on your way in city traffic, for example – even if it’s only fast at a maximum of 25 kilometers per hour with assistance. For just under 1100 euros (seen at Amazon*), i.e. 6400 euros less, worth a pragmatic consideration. 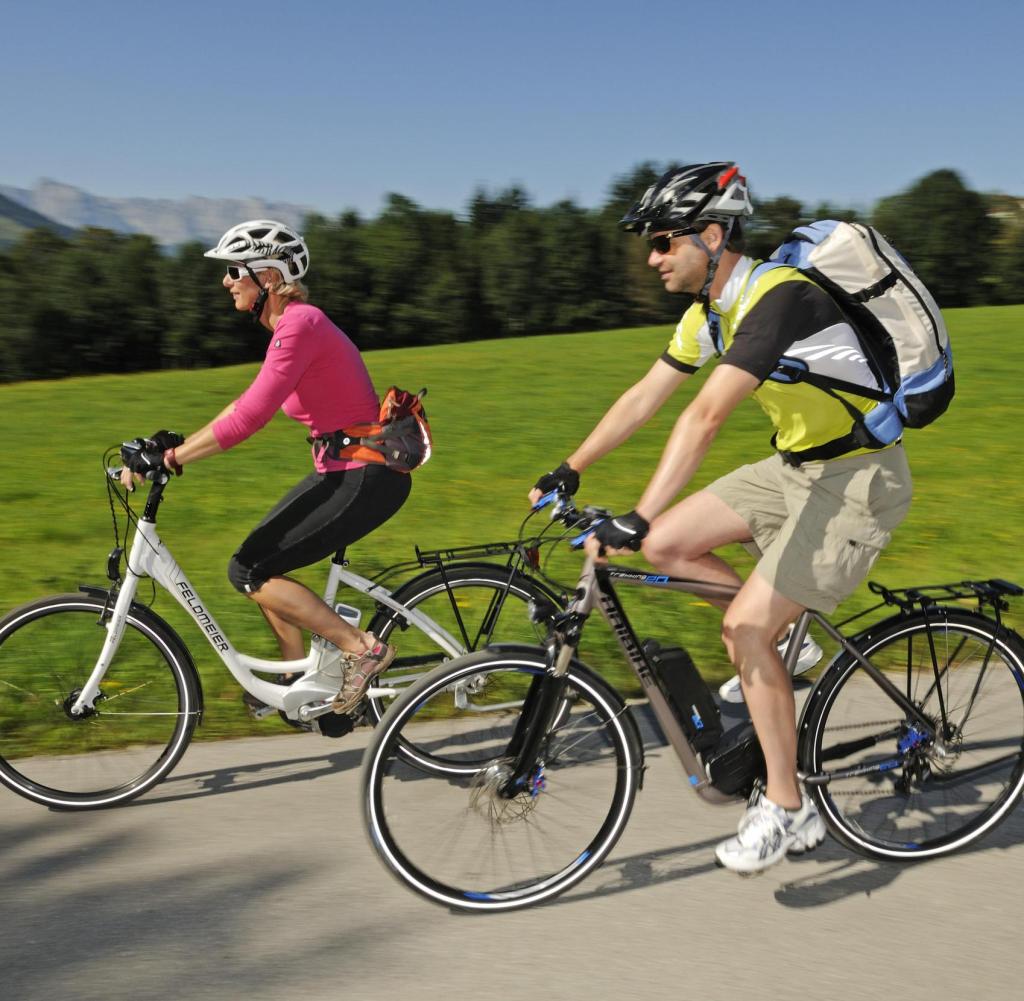 Conclusion: Thanks to the full suspension, the Mustache is very comfortable to ride. The components appear robust, as does the entire 30-kilogram construction. The Mustache S-Pedelec encourages you to leave the car behind. If the commute is not too long, you save time.

It shares with all other S-Pedelecs that it has to be on the road, where the rush hour slows down progress. This should be taken into account when deciding between a more expensive S-Pedelec and a cheaper pedelec.

*This text contains affiliate links. This means: If you make a purchase using the links marked with an asterisk, WELT will receive a small commission. This does not affect the reporting. You can find our standards of transparency and journalistic independence at axelspringer.de/independence.