“From the Silk Road to technology, this is how we strengthen commercial ties with Uzbekistan” – Corriere.it 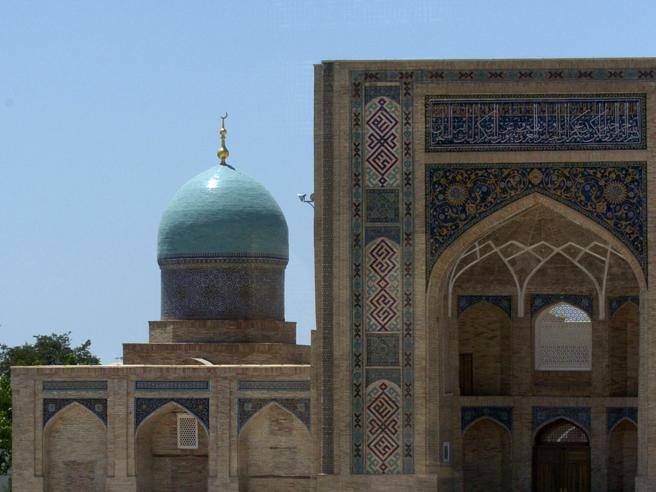 «As Undersecretary for Foreign Affairs and International Cooperation, in November 2018 I visited Tashkent, a dynamic city projected into the future and at the same time respectful of its cultural and historical heritage. I believe that generosity and hospitality are common traits of Uzbeks. In a few days I will return to the capital of Uzbekistan to participate in the international conference Central and South Asia: Regional Connectivity, Challenges and Opportunities focused on connectivity and regional cooperation of the Asian continent, an increasingly important topic. Aware of the new geopolitical context, Italy contributed to the definition in 2019 of the European Union Strategy for Central Asia, which focuses on these issues “. It is with these words that Undersecretary for Foreign Affairs Manlio Di Stefano comments on the conference to be held in Tashkent on July 15-16 to strengthen ties and collaboration between Central Asia and South Asia. Distant worlds, in which Italy and the European Union intend to play a role.

In 2019, the Italian government had initiated new interactions with Central Asia. When will the second conference take place and what topics will be on the agenda?

“On my direct initiative, aware of the extraordinary importance of the region, Italy was the first and so far the only European country to have structured a regional dialogue format with Central Asia in the so-called 1 + 5 format. After the first meeting inaugurated by Minister Di Maio, the outbreak of the pandemic slowed down the preparations for the organization of the second ministerial that we intend to hold in Tashkent, ideally next November, in collaboration with the Foreign Ministry of Uzbekistan. We are defining the program which will focus on aspects of institutional collaboration; economic; academic-scientific. A session of the event could be dedicated to health security and prospects for further international cooperation in the sector ».

Uzbekistan is experiencing rapid economic growth. What are the sectors in which Italian companies could invest, initiating production and commercial projects?

«Italy’s relations with Uzbekistan are very ancient and date back to the Silk Road. In recent years we have seen an intensification of entrepreneurial collaboration, also in relation to the broad program of internal reforms launched by President Mirziyoyev aimed at liberalizing the economic system. As highlighted by the bilateral Business Forum inaugurated by Minister Di Maio and chaired by me on 11 December, the energy sectors appear to be particularly promising for our companies; construction and transport; industry, with particular regard to agri-food, textiles, metal, gold and stone processing; intensive agriculture and livestock farming; the restoration of architectural heritage. Our operators are interested in contributing to the development of the Uzbek production system with technologically advanced products in line with the highest standards of environmental protection. We hope that the increase in commercial exchange of about 20%, recorded in the first months of 2021, will be able to consolidate. The next Mixed Economic Commission, which we plan to hold in Tashkent in 2022, will give further impetus to these dynamics.

In Uzbekistan there is a growing interest in Italian excellence, including academic and scientific ones. What do we have to offer this Central Asian country?

The interest shown on the Uzbek side in cooperation with Italy in the field of education and science and technology should not come as a surprise. In 2009 the Polytechnic of Turin established one of the most renowned science and technology universities in Uzbekistan in Tashkent, achieving world-class training and research standards. We intend to capitalize on this success story and continue to contribute to the growth of the human capital of Uzbekistan and Central Asia, with positive effects on the regional economic development of Italy’s partnership with each of the countries in question. Several other Italian universities have already taken concrete steps in this direction.

Before the pandemic in Uzbekistan there were many Italian tourists. And there are many Uzbeks who would like to come to us, even for business. What can be done to promote exchanges?

Uzbekistan is a very ancient country full of magnificent cities that naturally attract visitors from all over the world with their history and culture. I think of Samarkand, Bukhara, Khiva. Our country is also traditionally one of the destinations most reached by tourists from all over the world and in recent years increasingly also from Uzbekistan. In light of this natural complementarity, the two Ministries of Tourism are currently agreeing an action plan aimed at encouraging and facilitating tourist flows between Italy and Uzbekistan.