G-20 Finance Ministers Meeting: Now there is a dispute in Venice 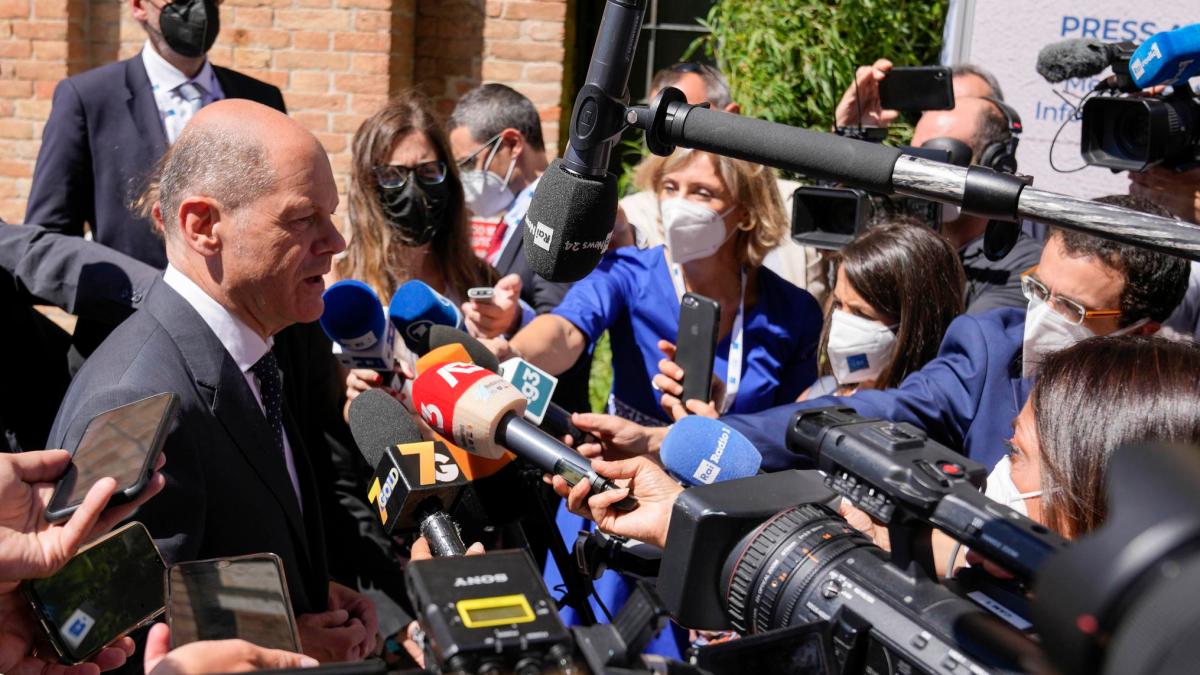 EIt actually went well for Federal Finance Minister Olaf Scholz at the G20 Finance Ministers’ Meeting in Venice. Above all, he was able to put another hook behind his favorite topic, the global tax reform that has been negotiated for almost three years. All 20 major industrial and trading countries agreed.

“We worked really hard in the past few weeks, but we made it,” said Scholz, captured by television cameras in front of the port basin of the “Arsenale di Venezia” conference venue. Now the final details still have to be clarified, and the new regime against tax dumping should come into force in 2023.

It was a message and also a motive that helped not only the finance minister, but also the campaigner Scholz at home: the SPD candidate for chancellor as a busy doer among colleagues from the most important industrial and emerging countries. US Treasury Secretary Janet Yellen stood next to him at the statement in front of the harbor basin. She emphasized that the “self-destructive tax race to the bottom” would finally be ended by the resolutions. Scholz nodded satisfied.

But the joy could be too soon. Because there are still troublemakers: the EU Commission and the three EU members Ireland, Estonia and Hungary. They still want to be convinced that the new global tax regime with a minimum tax of 15 percent and a new distribution of taxation rights among the states is also in their interests.

EU Commission with its own agenda

Despite all the fine words, the EU Commission wants to present plans for a European digital levy soon. According to EU Economic Commissioner Paolo Gentiloni, this will not be directed against American corporations and also not be comparable to a digital tax. Although it is still unclear what this exactly means, it is clear: the plans have what it takes to make the tax reform fail.

Yellen made that very clear. With the agreement on global tax reforms, all national and regional solo efforts in the direction of an additional digital levy would be superfluous, she said in a friendly but determined manner. She will soon have the opportunity to say this again personally to the Commission representatives. Yellen travels from Venice to Brussels.

From the point of view of the Americans, the worldwide redistribution of taxation rights ensures that more taxes from large, highly profitable companies, including the large US tech companies, end up where the customers and users are – in the populous emerging countries, but also in Europe.

American companies would be discriminated against by additional charges specifically for digital corporations, said Yellen. She is well aware that she still has to remove resistance in her own country. The Republicans in the US Congress think little of the new tax rules. If US companies in Europe are now additionally burdened, this makes support entirely unlikely.

The Scholz warehouse is betting that Yellen will make the point in Brussels clear. The minister himself left little doubt that she would have his support in this. The planned tax reform already contains new rules for the 100 largest and most profitable corporations in the world, which also affect many Internet companies. “I understand all of the conversations with my friends in the G20 here to mean that this is the path we will follow,” he said.

In other words: The EU Commission will not find any support for its plans, at least from the large European countries. In addition to Germany, the group of 20 also includes France and Italy.

Le Maire’s announcement that France will abolish its single-handedly introduced digital tax in 2019 as soon as the new global tax regime is “introduced fairly and quickly” can also be seen as a conciliatory sign to the Americans. The final details, including the exact timetable for when the new tax rules will apply, should be clarified by October when the Treasury Ministers meet again in Washington.

A few questions are still open

In the best case – from Scholz’s point of view – the plans of the EU Commission serve to keep the negotiating pressure high in the coming weeks. After all, he also knows that the crucial points are still open.

These include the two questions of exactly which corporate profits are taxed – keyword assessment base – and how many taxes are redistributed to market countries. It could be that the EU initiative will remain on the negotiating table for longer after its publication – as a threat.

Le Maire also wants to talk about a few basic points. In Venice he campaigned for not only the tax on the top 20 percent of profits to be redistributed to the large consumer markets, but also the top 25 percent. Some emerging countries had even asked for 30 percent.

Le Maire also sees room for improvement in terms of the minimum tax rate, which is intended to prevent companies from relocating their headquarters to low-tax countries. “We want more than 15 percent,” he said. So far there has been talk of “at least 15 percent”.

However, the likelihood that something will change in the benchmarks that 131 countries have already agreed on at working level is low. Especially since there are three other parties besides the EU Commission in Brussels with whom intensive talks will be held in the coming days and weeks: with the governments of Ireland, Hungary and Estonia. The three low-tax countries have not yet approved the framework.

In the end, the pending negotiations will depend on how the global tax distribution changes. The industrialized countries organization OECD is assuming a total of 150 billion dollars, almost 130 billion euros in additional tax revenue.

For Germany, the effects are at most in the mid single-digit billion range. At least that is what new calculations by the Munich Ifo Institute on behalf of the Federal Ministry of Finance indicate, about which WELT AM SONNTAG reports.

According to the study, Germany is “one of the reform winners”. The effects from the first pillar, the reform package, i.e. from the redistribution component that the EU Commission is apparently not enough, amount to just 0.7 to 0.9 billion euros.

Scholz did not want to leave any doubts about the project at the end of the G20 finance ministers’ meeting. “I am absolutely certain that we will have a final agreement in October,” he said.

Apparently he is not quite as sure either. It is true that he left Venice by car on Saturday evening for a summer vacation in Bavaria. But he will interrupt this on Monday in order to personally attend the euro group meeting with his finance minister colleagues in Brussels.

Today in Austria: A roundup of the latest news on Thursday
Posted onAugust 11, 2022

Housing in New York after the pandemic: mission impossible for tenants
Posted onAugust 11, 2022

Zelenskyj calls for resistance and explosions in Melitopol
Posted onAugust 11, 2022

Here is Anne Heechey’s health condition after she had a terrible car accident
Posted onAugust 11, 2022
Menu