The tourism on its knees. The anti-Covid restrictions still feature the I count on the growth of the Italian economy, despite the tricolor industry running and driving the recovery attempts throughout Europe. Thus, while waiting for Istat to release the data on GDP for the first quarter, according to Confindustria Study Center (CsC) l’net effect of the collapse of services, in particular those linked to the tourism sector impacted by the new ones lockdown, e positive trend of industrial production will generate a trend in GDP in the first three months of the lower year to that of the latter part of 2020.

In full pandemic, Italian industry, the economists of Via dell’Astronomia write, is showing one “good seal, supported more byacceleration of foreign demand“, but nevertheless, in the first quarter the GDP will be slightly down compared to the end of 2020, trend in the first place determined by services, a sector in great difficulty. In detail, the Csc notes, despite the setback recorded in March, overall from January to the end of March the Italian industry “confirmed a good performance, having recorded a significant increase in activity (+ 1%, but with wide heterogeneity sector), even in a worsening pandemic context “.

The trend is such, Confindustria experts say, despite the fact that the number of new cases almost doubled between February and March and, as a result, the restrictive measures have been strengthened. “The stringency index, which measures in a range the limitations introduced to curb the spread of the virus from zero to 100 rose to 84.3 in March, just below the levels of a year earlier ”, notes the Study Center. 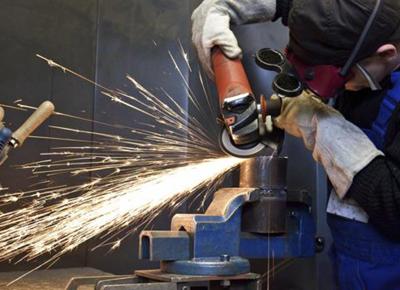 For the purposes of growth, Viale dell’Astronomia concludes that “the good performance industry contributes positively to GDP in the first quarter “, but that”due to the negative dynamics of services, especially those related to the tourism sector (still in severe difficulty), the change is expected to be slightly negative compared to the end of 2020”.

The year to forget about Covid, in which the 2020 Income of the Italian Company that we used to value around 1,800 billion has returned below 1,600 billion to the values ​​of 1997, almost a quarter of a century ago, reported a final contraction of the GDP of 8.9%, with a fourth quarter down by 1.9%. The October-December result betrayed expectationsfor a continuation of the mega-rebound of the previous three months.

Now, according to Confindustria, the first quarter of 2021 opens in the worst way : still a shrimp step. As they explained OECDe IMF , this year Italian GDP could grow by over 4%(4.1% for the Paris Organization and 4.25% for the Washington Organization) with an acceleration in the last part of the year, but everything will depend on the vaccination campaign . A strict condition with regard to the final prospects of 2021 also from Study Center of Viale dell’Astronomia.

The old government had set in Update note to the Economics and Finance Document(NaDef) a rebound in growth to + 5.1%. Around mid-April (to be presented by 10 but we bet on a slip), the Draghi-Franco duo will lift the veil on the new Def, lowering the estimates for this year and taking note of the expectations still “betrayed” for the new crash of the first quarter.