German business looks forward to growing demand for cars in Russia | Economy in Germany and the World: News and Analytics | DW

German businessmen doing business on the Russian market are optimistic about the future. They, in particular, expect a noticeable increase in car sales in Russia, drawing attention to the remarkable fact that the coronavirus pandemic and the collapse of oil prices in 2020 did not lead to such a significant decline in the automotive market in Russia as it was in Europe and others. regions of the world.

This, in particular, was discussed at an online conference organized on November 11 by the Eastern Committee of the German Economy and dedicated to the situation in 29 countries “subordinate” to this organization, which lobbies the interests of business from Germany.

Eastern Committee and its region

For the Eastern Committee, this region begins on the eastern border of Germany, that is, from Poland and the Czech Republic, and extends to the Pacific Ocean – the eastern borders of Russia. Among the 29 countries there are EU members, Eastern Partnership countries, members of the Eurasian Economic Union, and candidates for EU membership.

The Eastern Committee grouped them into five regional sectors – Central Asia with its five countries, separately Russia, Eastern Europe, which includes Belarus, Ukraine, Moldova and the three Caucasian republics, the region of Central and Eastern Europe – the three Baltic countries and the Visegrad Four, and the fifth sector – states in the west of the Balkan Peninsula, as well as Bulgaria, Romania and Albania.

Over the past quarter of a century, Germany’s trade with the countries of this region has increased fivefold and reached 422 billion euros in 2020, which is almost a fifth (19%) of Germany’s total foreign trade. At the same time, the size of German exports (214 billion euros) slightly exceeds the amount of imports (208 billion).

“We earn one in five euros in Eastern Europe, which means that the volume of trade with the countries of this region is greater than with the Chinese and Americans combined,” said Jens Böhlmann of the Eastern Committee. The growth of trade turnover is achieved mainly due to the expansion of economic ties with Poland, Slovakia, the Czech Republic and Hungary. 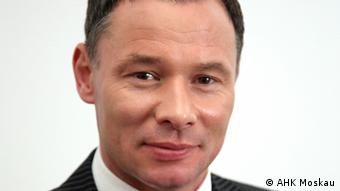 The most important trading partner of Germany in this region is Poland, moreover, for many years. In the first three quarters of this year, the volume of bilateral trade reached almost 100 billion euros. In second place is the Czech Republic. “Third place alternately goes to Hungary, then Russia. Ahead is one country, then another, it all depends on what are the current prices for raw materials,” says Böhlman.

Russia, he estimates, is still going through the pandemic relatively well, and its economy has not suffered as much as one might expect. “And I mean not only the rising prices for gas and oil, which, of course, plays a role,” Boelmann pointed out, “but also other sectors of the economy.”

The Russian market is the largest, but not the richest

In terms of the number of consumers, the largest market in the region is in Russia with a population of 146 million people. “So if you want to sell consumer goods, to which I would include cars, then from this point of view, Russia is very interesting,” Boelmann said to the online audience. is not so great, then the situation looks different. “

According to the purchasing power parity, the Eastern Committee calculated that the first place in the world is occupied by the inhabitants of Macau, Germany in 17th place, Poland in 44th, Romania in 52nd, Russia in 58th, Ukraine in 98th.

In Russia, the car fleet will be updated

Speaking at the conference, Michael Broese, Managing Director of Dürr Systems Russia, which supplies, in particular, equipment to car factories, admitted that due to the sanctions regime imposed for the annexation of Crimea and support for Eastern Ukrainian separatists, the supply of machine tools and equipment to Russia decreased. “Nevertheless, just this year,” he noted, “we see a number of positive effects – the real incomes of the population are increasing again, the forecasts for GDP growth for the coming years are optimistic.” 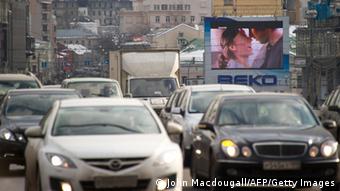 If we take the automotive market, then, according to his forecast, this year the number of sales will grow by 9.8 percent compared to the previous year. The average age of cars on Russian roads (53 million, including 46 million cars) is very high – almost 14 years. “Therefore, of course, there is a need to renew the vehicle fleet,” Breuse emphasized.

He has been working in the Russian market since 2006 and primarily monitors its automotive segment. The year of the boom, he said, was 2012: “Then the movement went downhill – the Crimean crisis, sanctions, and then the coronavirus pandemic.” Notable, however, he calls the relatively small decline in car sales in 2020 compared to 2019.

The decline in the Russian market was relatively modest, he says, at 12 percent. In Europe, the minus was 24 percent, in the world – 17 percent. Breuse believes that in the coming years, Russians will more and more actively renew their vehicle fleet; by 2025, the number of passenger car sales will approximately reach the level of 2014 and will amount to 2.2 million units.

The more expensive the oil, the higher the sales of cars

If we compare the chart of oil prices with the chart of sales on the Russian car market, then there is a direct relationship: “When oil prices are high, many cars are sold.” There were only two exceptions – in 2008 and 2020, when sharp drops in oil prices were not accompanied by a decrease in car sales. 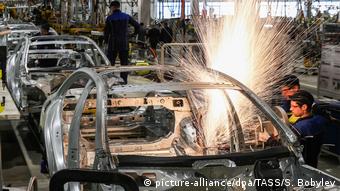 At the Mercedes plant in Esipovo near Moscow

Against the backdrop of rising oil prices, German business assumes that car sales in Russia will increase. And according to the forecast of the World Bank, oil prices will continue to grow and in 2025 will exceed $ 100 per barrel. “So the Russian market is very interesting for us,” stated Breuse.

It is, however, overshadowed by the sanctions. Answering DW’s question, Breuse gave the following example: “The GAZ company is under sanctions, and with it Oleg Deripaska, therefore we do not supply equipment to the GAZ company.”

Dürr Systems now faced a similar problem with Belarus: “There was a large order from Belarus, we have already negotiated with the BelAZ company in Minsk, which makes huge dump trucks.

According to Jens Böhlmann of the Eastern Committee, before the August 2020 elections and the protests that followed, “Belarus was a country in which we would recommend making investments, since the economic development was good, the framework conditions were right, the signals for business were correct.” Now the situation, he said, has become completely opposite.

Compulsory vaccination is decided by the National Council,...

In Crimea, they told about the preparation of...

ADMK Leader Arrested for Harasing a Women in...

Roadblocks and studies are delayed all the details