German-style chaos, from doubts about AstraZeneca to the sunset of the Merkel myth 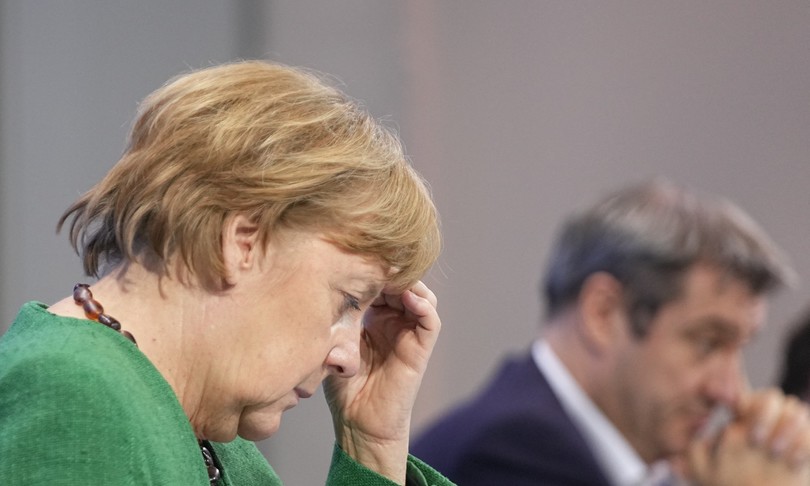 Time.news – The administration of AstraZeneca suspended, then backtracked a week later. The hard lockdown announced for Easter, then the admission of guilt by the chancellor, Angela Merkel, and another backtrack – two days later – complete with an official apology. The clash with the Laender and Berlin’s threat to centralize the management of the pandemic.

The mask scandal that has overwhelmed several parliamentarians of the majority and touched the Minister of Health, Jens Spahn, is part of all this. Finally, the new rules on AstraZeneca, with the possible administration limited to the over 60s.

This is Germany in the era of Covid-19: chaos, internal clashes and management very far from the rigorous German model. And, in a country that will vote in September to replace the chancellor who shaped it over the past fifteen years, the political prospects are yet to be discovered.

The German Standing Vaccine Commission (Stiko) has changed its guidance on AstraZeneca’s Covid vaccine, recommending it only for men and women over 60.

The decision risks creating further turmoil. And the government, with the approval in free fall, will pay yet another price.

Certainly there is the fatigue of the Germans involved for one lockdown that appears infinite (there have been three extensions from December to today), as well as the discontent due to the slowness of the vaccination campaign (to date less than ten Germans out of 100 have been administered at least one dose), in addition it weighed without other it scandal on the sale of anti-Covid masks in which some parliamentarians are involved Cdu / Csu, the Christian-democratic union of Frau Merkel: the effect is that of a generalized climate of mistrust that contrasts with the widespread approval of the government and the chancellor’s work in the first phase of the pandemic and which is now dramatically reflected in the polls.

The numbers foreshadow a ‘horror scenario’ for Merkel’s parties ahead of the federal elections on September 26th.

According to a survey by the Forsa institute against RTL / Ntv, the two ‘brother’ parties Cdu / Csu stop at just 26% of the votes. Just two months ago it was the 36%, in May of last year – when the consensus for the management of the pandemic towards the chancellor was at its peak – was even close to 40%.

Compared to last week, the drop is 3 percentage points. It looks like the beginning of the abyss.

It is mainly the liberals who benefit from this dell’Fdp, which grew by 2 points to 10%, and Gave, who increase their consensus by 1 point to 22%, thus reducing their gap with respect to the block between Christian-Democrats and Bavarian Christian-Socialists by only 4 points. There Spd remains stop al 16%, the far right of the Afd does not go beyond the 10% and the left, the party of the left, is all’8%. A run-up by the Greens in the six months that separate Germany from the national vote is no longer unthinkable at this point.

Numbers that are easy to motivate by re-reading the German chronicles of recent weeks. Two MPs, Nikolas Loebel of the CDU and Georg Nuesslein of the CSU, had to resign after their involvement in the supply of masks emerged during the first wave of the pandemic, collecting hundreds of thousands of euros through their companies. But as reported by Der Spiegel, also the company where he works Minister Spahn’s husband, Daniel Funke, has signed an agreement with the ministry for the sale of 570 thousand Ffp2 masks.

It is “immoral, illegal and irresponsible” that deputies in the midst of the pandemic have earned money through the sale of anti-Covid masks, had attacked Olaf Scholz, finance minister and candidate for chancellor of the SPD, before the publication of the revelation of the Spiegel which also involved his government colleague.

“We finally need true transparency in Parliament: from now on, MEPs must declare their income from second jobs right from the first euro,” Scholz said on Sunday at Bild.

The pandemic that does not stop

It is no better on the pandemic management front. On the one hand the chancellor, on the other most of the Laender. Battlefield: the radical nature of the anti-pandemic measures in the face of a contagion curve that gives no respite. This time Merkel seems determined not to give in to the pressure of the governors: we are in the middle of the third wave, she explained and then added clearly that if the Laender do not finally decide to pull the “emergency brake” in the face of infections and virus, the Berlin government may decide to proceed on its own.

Speaking in front of the cameras of “Anne Will” – the main German political talk show on the first public channel Ard – Merkel called the last summit with the Laender “a break”:

“We cannot continue in this way”, urged the chancellor, accusing the governors of continuing to underestimate the pandemic and “deluding themselves that we can negotiate with this virus”, while Berlin would be left with the role of those who make the hard face , while they think about the slackening. “We must take the necessary measures now and very seriously. Some Laender do it, others don’t ”.

To which came the ultimatum: if nothing happens “in close proximity”, the government could decide to intervene, for example, on the law that regulates the management of pandemics and claim authority over the measures to be implemented.

At the same time Merkel asked for “greater flexibility” on vaccinations, which “proceeds too slowly, because Germany sometimes sins of excessive perfectionism”. Another time, it is in the capitals of the Laender that the ears are ringed, for what is seen as the second act of the sensational “apology” presented in front of German citizens with an attached turn-around on the Easter super-lockdown: in reality, many observe commentators, a way to put the spotlight on the responsibilities of the Laender.

Italy: the first Luc Montagnier Prize awarded to five personalities for “their independence” during the Covid-19 crisis
Posted onFebruary 4, 2023

The spy balloon that China is using in the United States and Latin America, an Intelligence tactic since 1794
Posted onFebruary 4, 2023

Caroline Garcia easily qualifies for the final of “her” tournament in Lyon
Posted onFebruary 4, 2023
Menu