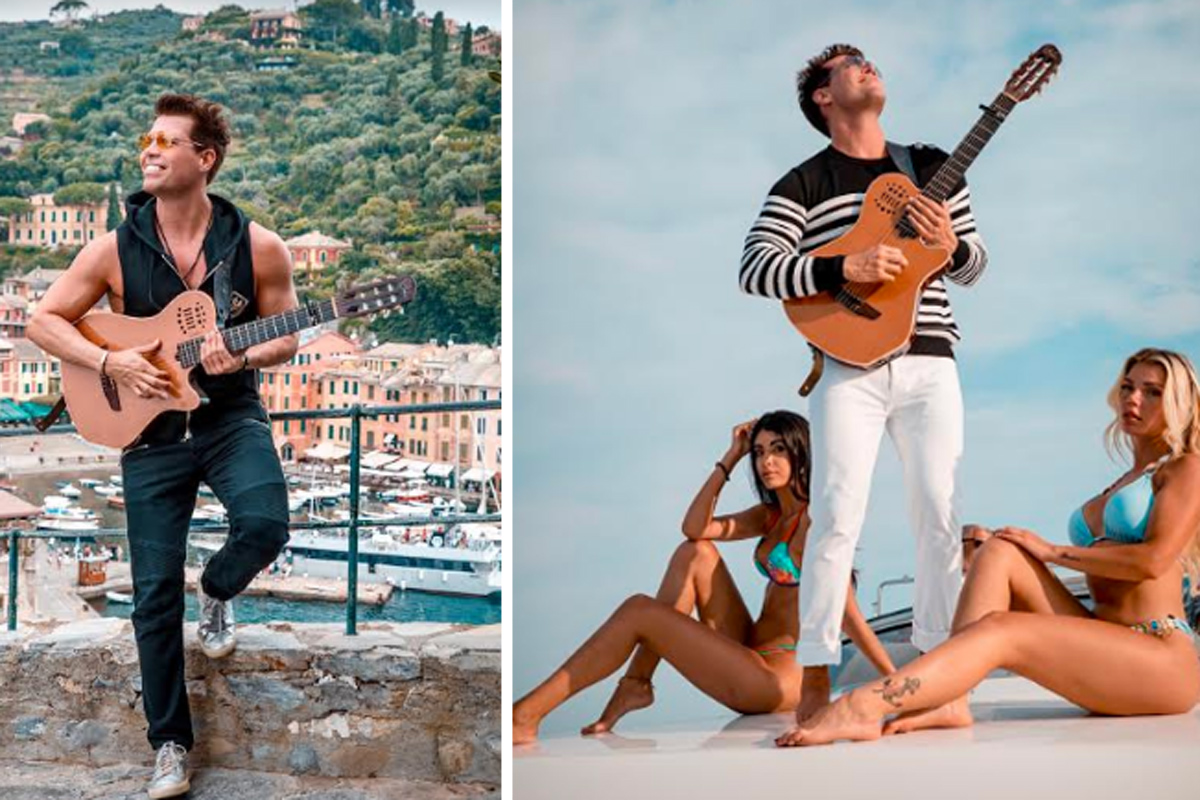 It is a perfect mix of song, dance and guitar, as it is in the spirit of the rhythms he has always loved; let’s talk about Te Amarè, the song by Gianni Mendes Toniutti, the Italian-Brazilian singer who grew up in Bologna and moved to Miami becoming an internationally renowned lawyer.

Always passionate about music and a lifelong guitarist, he wanted to turn his dream into reality, a song and a video, which made us dream already a summer ago.

Today Te Amarè returns with its remix, entrusted to one of the most popular DJs, Get Far Fargetta; “I launched Te Amarè last year and despite the particular moment and Covid, the song went very well!” –says Mendes, which was it one of the few students of Enrique de Melchor and Manolo Sanlucar, both “myths” of the gypsy and flamenco guitar– “We also had more than 700,000 views, ranking first among independent artists in a single week, but it was not exploited adequately and I thought of a remix to create a different, more cheerful mood.

We are coming out of a difficult situation, and I said to myself why not take back the song that didn’t give 100% of itself, and create a happy mood in which people can feel cheerful, with the desire to go out, laugh, dance, resume living normally! “

Why did you choose Mario Fargetta for the remix?

“I wanted an emblematic DJ with whom I have many memories and I thought of him because in Italy and outside Italy he is one of the most recognized.

I turned to him, I played the song to see if he was interested, I was happy to see that he liked it and that he wanted to do the remix.

For me it is not only important to work with a renowned artist, but also with a person and a professional who puts passion into what he does and I understood that he would do it with this spirit “

“I felt that there was something positive in this song “- adds Mario Fargetta – “ it is a symbol of aggregation and involvement; then I continued to give this Latin cut that it already had in the original, and I looked for an original drop that I liked, with a more relevant kick. The song, in this way, became very danceable.

All the songs can become great hits, but then, however, the public always decides! “

“It’s definitely a dance version of the song” –continues Gianni Mendes- “we have effects not present in the first, such as the typical choruses of disco music, which lead to dance and to have a cheerful and happy mood that Fargetta has managed to replicate perfectly “.

Who is Te Amarè dedicated to and to whom is its remix?

“The original song is dedicated to an ex-girlfriend of mine with whom I remained friends, the remix is ​​dedicated to people, to people who love me and follow me on social media.”

“I would like to say yes, together with Fargetta we have put a lot of passion; everyone liked it both in the USA, both in Italy and in South America and I cheer for it to become the new catchphrase of the summer! “

For the original song, however, you had chosen Tim Mitchell, multi Grammy and the same producer of Shakira and Lee Levin, drummer of the Bee Jees, Julio Iglesias and John Secada and Guillermo Vadala, bassist of Ricky Martin, Jennifer Lopez and Laura Pausini also collaborated in the song.

“It was not easy to choose a DJ that was up to the Te Amarè remix, that’s why I chose Fargetta, a top and well-known DJ!”

You shot the video; what are the characteristics?

“The first video was made in Miami, for the second, however, I chose Italy and Portofino. I went back to my homeland, on a beautiful boat and with a wonderful background, between the bits of the song, girls dancing and the perfect feeling of the summer that has already arrived! “

Expatriate domestic workers can return home without the employer’s permission; These reasons just have to be there
Posted onAugust 10, 2022August 10, 2022