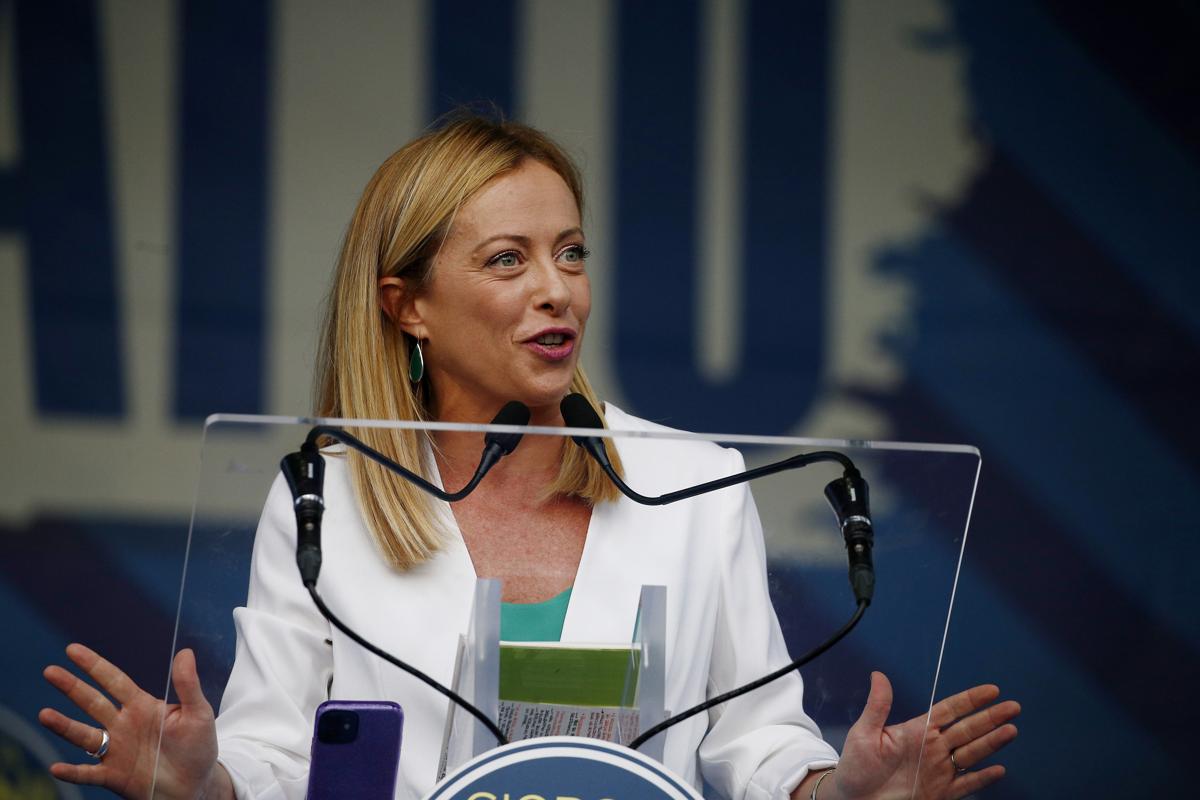 The leader of Fdi returns to Spain, after the triumph of “Yo soy Giorgia”

Vox’s candidate, Macarena Olonawill receive the support of the leader of Fdi Giorgia Meloni, in his campaign for the election to the presidency of the Andalusian government, which will take place on Sunday 19 June. The intervention of the leader of the Brothers of Italy will take place next Sunday, June 12, the last weekend before the appointment with the polls, in a rally in Marbella, capital of the Costa del Sol Malagasy, in which the president of Vox, Santiago Abascal.

The Spanish ultra-nationalist party, which defends the national sovereignty and which is gaining more and more support in Andalusia as well, it will thus be the first party to bring a foreign leader to the Andalusian countryside. Between Abascal and Meloni, who chairs the group of European conservatives and reformists (ECR), in the European Parliament, which also includes Vox, there has long been a strong unity of purpose and a common feeling on some political issues and on battles that they are often brought together even from the benches of the European parliament. Abascal was invited to Meloni’s party party in Atreju in 2019, and Meloni was invited to grande convention of Vox last October in Madrid, garnering a real ovation from supporters of the Spanish right-wing party. His speech in perfect Spanish, in which he dusted off his old slogan “I am Giorgia”was interrupted several times by the applause of the approximately 10,000 Vox supporters who attended.

Now Meloni, which according to all the polls, not only already undermines Salvini’s party, but is also the first political force in Italy, in front of the Democratic Party, has decided to leave for Spain to support the party’s candidate in the next important Andalusian elections, which according to polls would be in third place, behind the candidates of the two main parties, Popular and Socialists, but with some hope of even succeeding in overcoming the socialists, who never seem to have really lost their bearings as now. La Olona said she was honored to have the support of such an important leader, and is convinced that she can obtain a number of consents such as to put the PP, in the lead in all the polls, in the conditions of having to necessarily count on his support. to be able to govern.

“I want to overcome the PSOE to govern this country” Abascal said in recent days, like Meloni, the leader of Vox is certainly not willing to adapt to palace games in order to govern. From the Costa del Sol on Sunday, the joint run-up of the two towards the next general elections to be held in both countries in 2023 will certainly be equal. And all the big parties both in Italy and in Spain will inevitably have to deal with them.

Dragons increasingly anti-Chinese: golden power on the sale of Robox

“The Pope is leaving? He cannot be excluded. After Ratzinger, possible resignations”

Minimum wage, Bombardieri (Uil): “Be careful not to weaken contracts”

Donnet to Affari: “Those who manage Generali have a great responsibility”

How to solve the age-old problem of prisons

BPER and Wecity ignite the challenge for sustainable mobility