Glaucoma, for Covid 44% of patients do not show up for medical checks 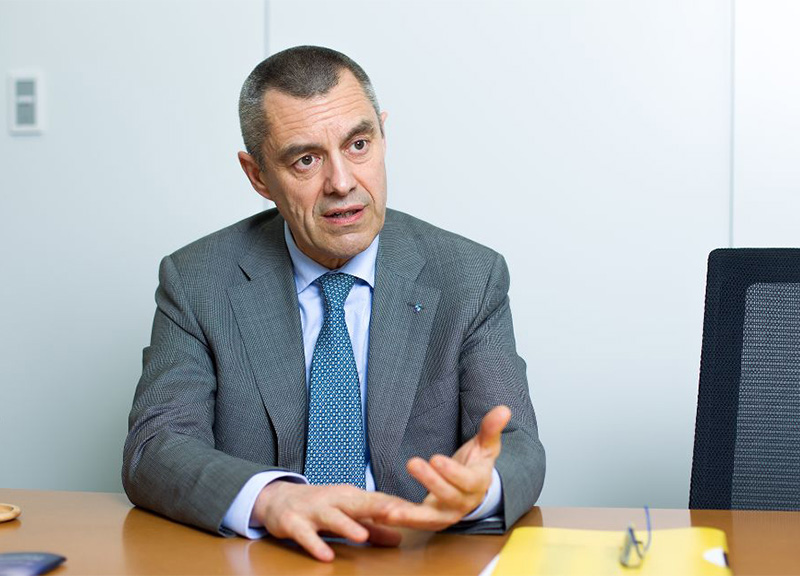 For fear of contracting Covid in 2020, 44% of patients did not show up for scheduled checks, putting their eyesight at risk and running the risk of blindness. This is what emerges from a new European research that involved about 2000 patients suffering from this ocular pathology. A problem that affects around 14 million European citizens, and which represents one of the most frequent causes of blindness in the world. In Italy it is estimated that there are about one million people affected by glaucoma, of which only half are aware of the diagnosis. The research is part of a multi-channel awareness campaign to encourage patients not to neglect their glaucoma, despite the pandemic.

In the last year, all patients, including those suffering from glaucoma, have been forced to deal with the difficulties in carrying out face-to-face visits and also with the fear of contracting the virus. According to the research, face-to-face medical visits went on with the same regularity as in the pre-Covid period only in 36% of cases, while 28% of the patients interviewed missed them despite being offered alternative modalities. The fear of contracting the virus is remarkable: 21% of respondents avoided meeting their doctor for this reason. More specifically, with regard to the treatment of glaucoma, as many as 44% of the interviewees were unable to attend scheduled medical checks. Additionally, 37% of respondents said they felt worried and anxious about not being able to effectively manage their disorder. Home or family commitments due to the pandemic also significantly impacted patient behavior: 22% of respondents were too busy to get prescribed glaucoma medications. The awareness of the problem remains: despite the inconveniences caused by the pandemic, for 73% of the interviewees, the management of glaucoma remains as important as in the pre-Covid period and for 11% it is even more important.

“The outbreak of the pandemic has brought to the surface problems already known among professionals, such as the fragility of the loyalty system to care and the lack of homogeneity of “disease awareness” not only in the general population, but even in the patients themselves “, declared Professor Stefano Gandolfi, president of the Italian Society of Glaucoma (Sigla). “In practice, the patient, once the diagnosis is received, the treatment prescribed and the appointment for the check-up planned, is left to himself. Put simply, it is the sick person who has to access the system, taking care of himself. Obviously, such an organizational setting is extremely fragile. In this, the pandemic must be seized as an opportunity to rethink the entire management path, redesigning it in order to make it more robust through the application of what technological innovation already offers us: telemedicine, remote semeiology with the support of the home computing and smartphones, secure multi-sharing of sensitive clinical data, deep learning with the development of customized follow-up algorithms with activation of recall / care monitoring tailored to the individual patient. All this, similarly to what happened with smart working and, in part, with distance learning, must lose the patina of “… it would be nice, but we are not ready yet …” and, following what is defined as “creative destruction”, it can (or rather, must) constitute an operational model already for the present. It is then up to us doctors (and, I add, “Italians”) to succeed on the one hand in “humanizing” an apparently alienating path, intended in theory for an Anglo-Saxon user (the “virtual clinics” already in action in the United Kingdom are an example), and to accept in turn that technology does, in terms of remote loyalty, what we are unable to guarantee to our patients in person (for example, constant and continuous coverage of the management of their disease ) “.

Little awareness of the consequences of mismanagement of this pathology: only 32% of patients are aware of even risking blindness in case of incorrect use of the drug. A cross-section of the behaviors considered most suitable by patients to prevent vision loss due to glaucoma emerges: for 63% of patients it is necessary to use the drugs as indicated, strictly following the therapeutic instructions provided by the doctor, while for the 52% of respondents serve regular medical checkups. Finally, 88% of people with glaucoma agree or strongly agree that, by taking care of eye health and managing their condition adequately, it will be possible to avoid or at least slow down vision loss and potential blindness.

“The data offered by this survey give a quantitative measure of what ophthalmologists have been able to ascertain for a year now “, explains Professor Stefano Miglior, president of the Italian Association for the Study of Glaucoma (Aisg). “The indirect damages of the pandemic have been and still are enormous in terms of previously impossible and now difficult for patients to be able to refer to specialist clinics, both in public facilities, in accredited private facilities, and in entirely private facilities. To this must be added the fear, still present and widespread, of going to clinical facilities, both for visits and for any surgical interventions, because they are considered a harbinger of a higher risk of contagion. The Italian Association for the Study of Glaucoma, of which I am president, has for this reason organized for some months, coinciding with the World Glaucoma Week (from 8 to 13 March), an information campaign through television commercials on air on Rai, Mediaset and Sky channels, to raise awareness among citizens of the need to know and face the “Glaucoma Problem”.

In addition, AISG has organized a series of webinars, including one dedicated to the “Difficulty of Managing Glaucoma during the Covid Pandemic” in which possible solutions are offered to manage the disease in the best possible way. These webinars can be followed live on the Facebook page or on the AISG Institutional Site, or they can also be viewed after their programming, since they will remain posted even after that week.”.

Sight is often considered the most important sense and preventing it from worsening or even losing it and thus maintaining people’s quality of life is Santen’s priority. We hope that the awareness resulting from these findings will motivate glaucoma patients to continue doing whatever is necessary to keep their eyes healthy during and after the pandemic., ”Concludes Paolo Casati (in the photo), general Mmnager of Santen Italia.

Who is Santen A pharmaceutical company specializing in the ophthalmic sector, Santen is engaged in the research, development, marketing and sales of prescription ophthalmic medicines, which make up over 80% of global net sales. Santen also offers other eye treatments such as over-the-counter medications and medical devices. Santen was founded in Japan about a century ago, where it has long been the market leader in the prescription of ophthalmological drugs and is currently the market leader in the EMEA area (Europe, Middle East and Africa) in the treatment of glaucoma and dry eye. It has also expanded its product range with treatments for eye infections, allergies and medical devices for vision correction and glaucoma surgery. Thanks to the scientific knowledge and organizational skills gained over the course of 130 years of history, Santen provides products and services to contribute to the well-being of patients in over 60 countries.