Google: VPN is very important and that’s why you should use it 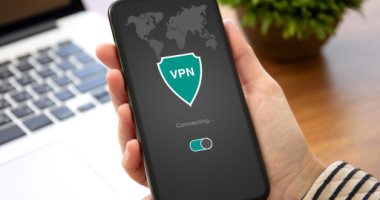 VPNs have been a point of contention between service providers and governments, yet in other countries VPN services remain popular and in demand. When Google launched the Pixel 7 and Pixel 7 Pro smartphones in October 2022, it provided VPN services for free. The service, called VPN One, is now available to all Pixel 7 and Pixel 7 Pro users, and Google also explained in a blog post why VPNs are important, and why users should explore them.

The importance of VPNs

In a blog post Ane Fabo Aranzabal, senior director of product, privacy and security at Google, said that a VPN – or Virtual Private Network – gives users peace of mind that their connection is private and secure.

“It works like a privacy cloak, adding a layer of encryption to your online activity that protects it from eavesdropping by hackers and network operators (which can include your ISP, ISP, or public Wi-Fi provider),” says Aranzabal.

VPNs also mask users’ IP addresses from the websites and apps they visit, and without the use of a VPN, user activity can easily be tracked by bad actors.

What is the main benefit of using a VPN service?

As Aranzabal explains, a VPN is most useful when it’s on and off, so it’s always running in the background to keep you safe, one doesn’t really notice if the VPN is on or off.

However if you prefer to turn them on and off, there are moments when using them is particularly useful, such as working from coffee shops or connecting to Wi-Fi at the airport- adds Aranzabal.

In general, VPNs are more useful when the user is using a public network or a network that does not offer strong security, and in such cases, no one can see what you are browsing if you have the VPN service enabled.