Guided surgery with holograms So interventions are safer- time.news 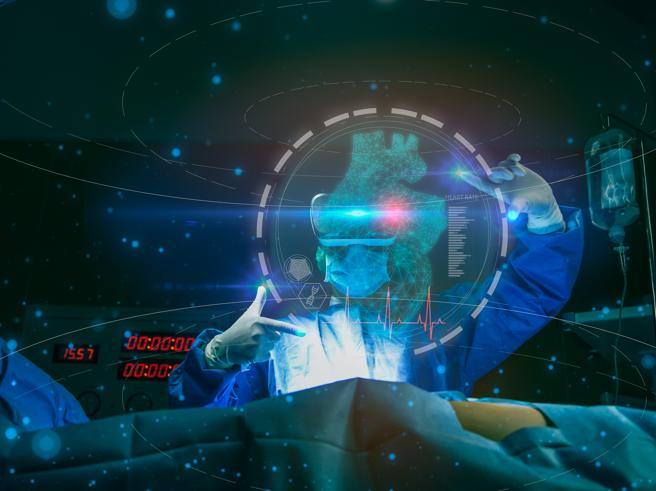 Take any item. Reproduce it through a particular laser technology and you will get a hologram, that is, its three-dimensional image. The holographic technique allows you to create objects consisting of light and sound that can be viewed in an environment as if they were real. With the help of special optical devices these objects respond to glances, movements and voice commands, interact with real areas. Holograms are the basis of the so-called realt mista (mixed reality, MR) where the real and virtual world are intertwined and which allows interaction with digital objects while preserving the sense of presence within the real physical environment, unlike what happens for example in virtual reality, a completely digital environment without connection with the world real.

How does it work

Virtual reality and mixed reality have also been enrolled in the medical field. And one of the most fascinating applications concerns surgery, where mixed reality is used both in the pre-operative planning phase and during surgery. Basically, the patient’s anatomical images are acquired through normal diagnostic equipment (CT scan, magnetic resonance imaging or 3D ultrasound). These are then processed according to dedicated algorithms and at the end, through dedicated viewers, it is better to study with a real three-dimensionality the area on which to intervene as if it were immersed in it. The same holograms, then, can be projected in the operating room during surgery through viewers that allow virtual images to be superimposed on the patient’s body, for example, providing surgeons with an almost X-ray image. access the patient’s vital signs or receive indications and advice from other experts connected via the web. All this, hands-free.

We are still at the beginning

We are still at the beginning, as the scientific publications on the subject, indexed in the PubMed search engine that in 2016 alone exceeded 100 to reach 315 (the highest number reached so far) last year. These are mostly case reports or case series – he explains Massimo Chessa, head of the Cardiology Unit for Congenital Adults at the Irccs Policlinico San Donato in Milan -. That is, they describe experiences, there is no real outcome, an outcome measure, and for many things up to now there is no scientific approach able to make us understand whether using mixed reality is at least not inferior, if not even superior, to the methods used up to now.

Dr. Chessa, in collaboration with a dedicated start-up, has been using mixed reality devices for a couple of years to support the planning of particular surgical procedures and interventional hemodynamics. The use of mixed reality allows a better dialogue within a team that in this type of operations includes different professional figures, including, mainly cardiologists and cardiac surgeons, allowing everyone to speak the same language and achieve a more natural three-dimensional view to decide the best approach in the most complex interventions. A concrete case: The surgery on a girl with a heart tumor which, for a number of technical reasons, was deemed impossible to deal with. Thanks to the holographic reconstruction, the surgeon found a way and the operation was performed exactly as it had been assumed, says Chessa.

Learn the secrets of anatomy on virtual boards (and cadavers)

Train in anatomical dissections, saving cadavers. Perform surgery without risking (perhaps) the lives of patients. Mixed reality opens up revolutionary scenarios also in the training of doctors and more generally of health personnel. In Sweden, radiologists and 3D imaging specialists at the Center for Medical Image Science and Visualization Linkping University provide the imaging data they use to teach their medical students. In Baltimore, USA, the Faculty of Engineering created the laboratory of Computer Aided Medical Procedures where Professor Nassir Navab aims to develop next-generation solutions for computer-assisted and virtual reality interventions. Mixed reality technology has the potential to help medical students work on cadavers that are engagingly replicating a living patient. IS 3D anatomical tables are already used in Italy in the Simulation Center of Humanitas University in Milan, in the Department of Public Health, Experimental and Forensic Medicine of the University of Pavia, at the Faculty of Medicine and Surgery of the Polytechnic University of Marche and in the Department of Neuroscience of the University. of Turin.

Iran admits more than 300 deaths in protests over the death of Mahsa Amini
Posted onNovember 29, 2022
Menu