half of 12-year-olds are not immunized- time.news 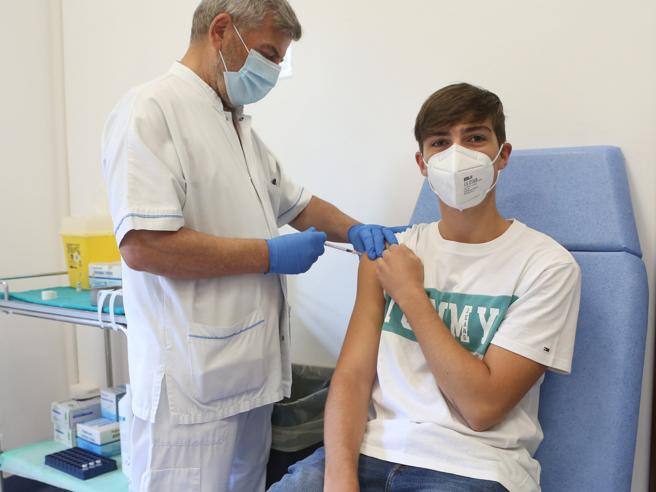 With vaccination 6,500 cases of cancer could be avoided every year. The pandemic caused a major setback, but even before that, the optimal coverage of 95% was far off

The Papillomavirus is responsible, in our country, for over 6,500 new diagnoses a year of cancers not only of the uterine cervix, but also of the anus, oropharynx, penis, vagina and vulva. The link between the HPV virus and different forms of cancer has now been widely demonstrated and thanks to the vaccine, which in Italy is offered free to all 12-year-olds, these diseases could disappear completely or, at least, become very rare. So much so that getting vaccinated against HPV is one of the 12 actions recommended by the World Health Organization to prevent cancer. Too many parents, however, do not take the opportunity and, also due to Covid, about half of eligible teenagers did not receive the vaccination last year. The Ministry of Health has just published the data for 2020: vaccination coverage in girls born in 2007 by 58% and in boys by 46% and much lower for the 2008 class (30% per complete cycle).

The campaign to inform parents

Even before the pandemic, in Italy, the coverage of vaccination against HPV in adolescents was well below the optimal threshold of 95% foreseen by the National Vaccine Prevention Plan, but the pandemic caused a further decline in immunization of the teenagers. From these assumptions, the awareness campaign You booked, right? created by MSD and authorized by the Ministry of Health, which provides for digital activities using the main social channels, with the aim of raising awareness of the possibility that each parent has, by informing themselves correctly, of protect their adolescent children from dangerous diseases such as Hpv-related cancers. A new information portal was then created (www.haiprenotatovero.it) with useful and immediate information on HPV-related diseases and prevention opportunities, including the possibility to consult the maps with the anti-HPV vaccination offers in the various Regions. Italian. The most recent statistics demonstrate the efficacy, in addition to safety, of vaccination against the Papillomavirus. Where you started first (as in Australia) or where the membership was massive (for example in Denmark) precancerous lesions have practically disappeared and this bodes well for the future. According to estimates, Australia will become the first country in the world to eliminate HPV-induced cancers by 2035, Canada will reach the goal in 2040.

6,500 cases of cancer each year caused by Hpv

The National Vaccine Prevention Plan highlights how, on the basis of new and important scientific evidence, public health today aims to achieve vaccination coverage in girls and boys in the twelfth year of life above 95% for the maximum protection from all diseases related to the virus and directly preventable with vaccination.Every year in our country almost 6,500 cases of cancer are attributable to the Papillomavirus: 2,365 to uterine cervix, 1.900 all’oropharynx, 1,200 to vulva, 500 al penis, 300 all’ano and 200 at vagina – clarifies Saverio Cinieri, director of the Medical Oncology and Breast Unit of the Perrino Hospital of Brindisi and elected president of the Italian Association of Medical Oncology (Aiom). Papillomavirus is the second largest cancer pathogen in the world. Although most infections regress spontaneously, if they persist and become chronic, the infection can evolve over time into precancerous lesions and cancer. Vaccination is the most important weapon to defeat the neoplasms caused by this virus. Our scientific society supports the objectives established by the “Call to action” promoted by the World Health Organization and the European Cancer Organization as well as by the ‘Europe’s Beating Cancer Plan’ of the European Commission: erase cervical cancer (and all related HPV cancer) by 2030. The actions to be implemented are precisely to vaccinate at least 90% of the target population and ensure that at least 90% of the target population has access to free cervical screenings.

also important to vaccinate the males because

the virus causes diseases (such as anogenital warts) and cancers also in men (anus, penis, mouth). And then also because males are constantly exposed to infection at all ages and are therefore considered a permanent reservoir of the virus (it has been calculated that a man has a five times higher risk than the woman to become infected and often not aware of being a carrier). Papillomavirus infection is the most frequent sexually transmitted infection – he explains Giancarlo Icardi, director of the School of Specialization in Hygiene and Medicine at the University of Genoa, former coordinator of the Group vaccines and vaccination policies of the Italian Society of Hygiene and Preventive Medicine (SITI) -. It is estimated that 4 out of 5 people are infected with the virus in the course of their lives, both men and women and the absence of symptoms favors its spread. In about 80% of cases, the HPV infection proceeds asymptomatically, because the body has the ability to eliminate the virus. In other cases, the immune system fails to defeat it, with serious consequences such as cancer. Generally, the time between infection and the onset of precancerous lesions is about 5 years, while the latency for the onset of cervical cancer can be decades. We have a very powerful weapon at our disposal: vaccination can prevent up to almost 90% of all Hpv-related cancers in men and women.

At 12, before sexual activity begins

As foreseen by the 2007 State-Regions Agreement, the anti-Hpv vaccination offered free and actively to girls in the twelfth year of life (eleven years of age) in all Regions and Autonomous Provinces starting from 2007-2008 – recalls Giorgio Conforti, Head of the Vaccines Area of ​​the Italian Federation of Pediatricians -. In many regions, the gratuity is maintained up to the age of 18 and also extended to other categories. In the 2017-2019 National Vaccine Prevention Plan and in the new Essential Levels of Assistance the free vaccination during the twelfth year of age also provided for males, starting from the cohort of those born in 2006. Getting vaccinated really simple. the administration of two doses at 0 and 6 months for individuals up to 14 years, or three doses at 0, 2 and 6 months from 15 years. demonstrated that those under 25 are at greater risk of contracting the infection. Vaccination against the Papillomavirus is especially effective if carried out before the start of sexual activity, because it induces a better immune response before any infection with the virus. We urge parents of teenage boys and girls not to neglect vaccination calendar appointments, as they can save lives.

Also useful at age 25 or later

Several studies have shown that it makes sense to get immunized even for those up to 45 years of age because the vaccine is also protective against genital warts and various types of male and female cancers. The prevalence of infection is highest in women between 20 and 24 years – he concludes Adriana Bonifacino, President of IncontraDonna Onlus -. The best known Hpv cancer is that of the cervix, the fifth most frequent cancer in under 50. Through vaccination it is possible to interrupt the chain that leads from infection to cancer at the origin and its extension to men allows to protect even more the female population as well as the male population. Prophylaxis also recommended in women from 25 years old, using for the occasion the appointment with the first Pap Test. In fact, it is important to increase not only vaccination rates, but also the levels of adherence to cervical cancer screening. Depending on the program, the Pap test should be performed every three years from the age of 25 or the Hpv test every 5 years from the age of 30-35. The latter is able to detect precancerous lesions earlier, so it is sufficient to repeat it every five years instead of every three years like the Pap test. However, the pandemic has also caused serious setbacks in screening. In 2020, almost 670 thousand fewer women joined the program than in 2019, with a decline of 43%, and the missed diagnoses of pre-cancerous lesions of the uterine cervix amounted to 2,782.

Data Contracts – Everything You Need to Know — Science and Data
Posted onFebruary 4, 2023