Half of Europe has suspended vaccinations with AstraZeneca. As a precaution 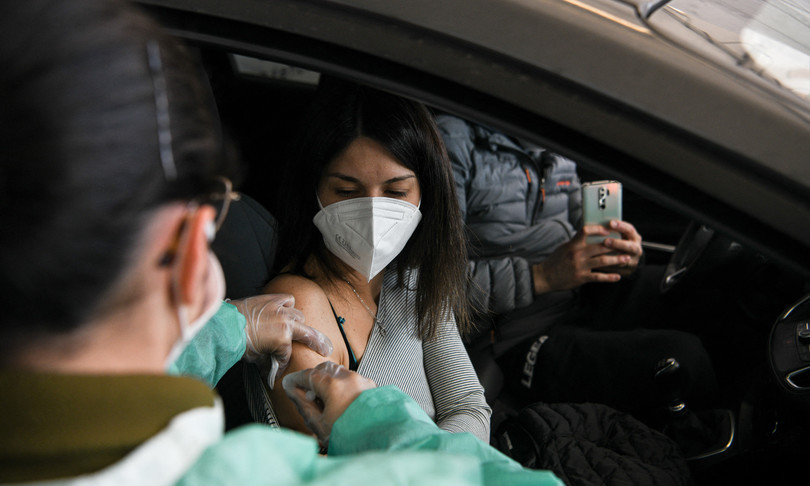 Time.news – A coordination work between Germany, Italy, France and Spain. So it came to suspension of AstraZeneca following the episodes of thrombosis in the last few days. Contacts carried out by the Minister of Health, Hope but also, according to parliamentary sources of the majority, by Prime Minister Draghi.

According to the same parliamentary sources, the Prime Minister would have heard Chancellor Merkel on the phone in the early afternoon. And it was Germany that was the first to make the decision to stop. “Cases of rare thrombosis have been detected,” noted the experts from Berlin.

The stop also arrived from Rome and other European capitals such as Paris and Madrid, while other countries had already moved in this direction and on Monday evening Portugal also decided to suspend the administration of AstraZeneca, according to the director. General of Health, Graca Freitas. Portugal has already inoculated 400,000 doses of the vaccine and holds an additional supply of around 200,000 doses. In the country of 10 million inhabitants, there have so far been 814,513 cases of Covid-19 and 16,694 deaths.

Austria, on the other hand, will continue to vaccinate with AstraZeneca. This was also decided in the evening by the Austrian national committee for vaccinations, in contrast.

A political ‘directive’ is the Italian one, pending clarification from the European drug agency. A decision, Palazzo Chigi remarked, was taken in line with other European countries. Arrived after an interview between the Prime Minister and the Minister of Health. “It is temporary and precautionary, pending the next evaluations by the EMA”, added the same sources. Ema’s pronouncement is awaited (the safety committee will further examine the information tomorrow while an extraordinary meeting of the European Agency will be held on Thursday), the ban on the use of the AstraZeneca vaccine has been sanctioned “as a precaution”, is clarified.

Further investigations are currently underway “, explained AIFA, which” will promptly disclose any further information that may become available, including further methods of completing the vaccination cycle for those who have already received the first dose “.

“Aifa’s decision demonstrates the foresight of Piedmont, which yesterday was able to act with the utmost caution for the safety of its citizens “, explained President Cirio. Piedmont yesterday blocked a batch of AstraZeneca after the death of a teacher who had been vaccinated. The news shook both the parliamentary forces that the presidents of the Region, also because the fear is that the suspension of the AstraZeneca vaccine (out of 2,196,000 vaccine doses delivered in Italy 1,093,800 million were administered) could slow down the plan illustrated by Palazzo Chigi and disorient citizens.

The premier saw the head of the Civil Protection Fabrizio Curcio for think about the timing of the vaccination campaign. And he also met the president of the Lazio Region, Zingaretti, who invited the EMA to proceed immediately with clarifications “to give certain answers to the millions of citizens”.

“The suspension of Astrazeneca – the denunciation of the councilor for health of the Lazio Region D’Amato – is an enormous damage to the vaccination campaign. In this way 35 vaccination hubs are blocked in Rome and Lazio, including La Nuvola and the Airport of Fiumicino and over two thousand general practitioners “.

The government continues to focus on AstraZeneca but the suspension “is a bad blow”says the head of Labor, Orlando. Meanwhile, Lega leader Matteo Salvini goes to the attack of the European Union: “AstraZeneca, another failure of Europe. Not only do the promised vaccines not arrive, but the authorized ones are suspended. But what are they doing in Brussels? EMA must wait until Thursday? The Italian government is right to run for a national production “.

Commerzbank is included in the Dax for Linde
Posted onFebruary 4, 2023

Leonardo DiCaprio: Will he appear in a Stephen King adaptation?
Posted onFebruary 4, 2023

3 tips to succeed according to the oldest doctor in the world
Posted onFebruary 4, 2023
Menu