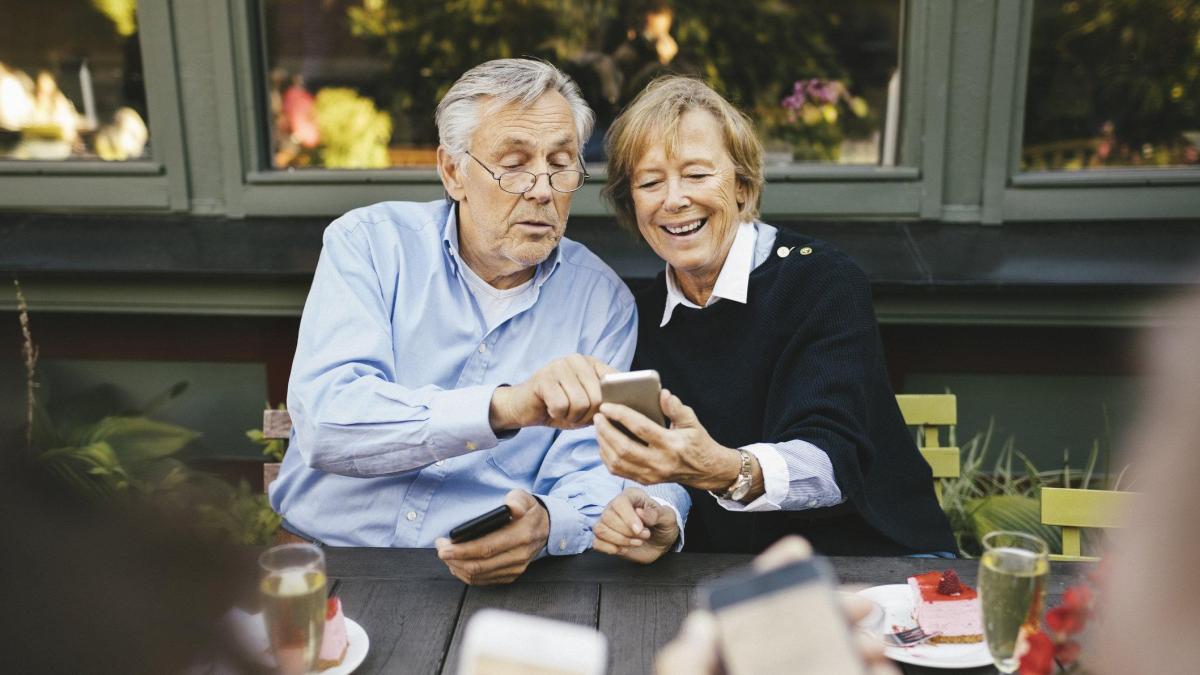 OOnline shopping instead of rummaging in the store, chatting instead of telephoning, media libraries instead of normal television programs: the possibilities of the Internet can be intimidating if you are new to this world. Which is especially true for many older people.

“There are a total of nine million older offline people in Germany,” estimates Janina Stiel from the Federal Association of Senior Citizens’ Organizations (BAGSO).

According to a recent survey by Bitkom Research, 53 percent, i.e. more than half, of people over 65 years of age in Germany do not use a smartphone. The rate is similar for desktop PCs and laptops, as the representative survey, the results of which were published in June 2021, showed.

Older people can gain a lot by opening up the digital world. “In view of the pandemic, it has become clear what usefulness the Internet has. For example, when it comes to maintaining contact or exchanging ideas with other people, ”says media educator Lisa Gröschel from the Baden-Württemberg State Media Center.

The way there is not easy for many older people. Technology is often one of the hurdles: Can I still learn to use a tablet or computer at my age? Can I get along with the many programs and apps?

“Many older people are also afraid of breaking something,” observes the digital expert Roswitha Uhde, who, as a mentor, supports older women in opening up the Internet. “I then say: You can rarely destroy something with one click and the Internet cannot be deleted anyway.”

Many older people are also worried that their data could be misused. Often it is media reports of data theft and subscription traps that make the Internet a dangerous place for them.

The good news: You can learn to handle your own data safely, even in old age.

Anyone who embarks on their first expedition into the digital world needs the right equipment. More precisely: a device that can connect to the Internet.

“Whether a laptop, tablet or smartphone is the best choice depends on the respective needs and interests,” says BAGSO expert Stiel.

Many older people feel more comfortable with a tablet because text and images are so larger in front of them than on a smartphone. Anyone who wants to be online above all on the move, for example to have hiking routes ready, makes the better choice with a smartphone.

Often you don’t have to actively look for a device: The classic case is that older people get their old smartphone or tablet from their children or grandchildren.

As with the device, the question of the type of Internet access also depends on individual needs. If you want to use the Internet a lot at home, for example to watch programs in the TV stations’ media libraries or to chat with loved ones via video, you should get a WLAN router and an Internet flat rate.

If you only want to do some research on the net every now and then or want to send and receive photos via messenger, a mobile phone contract with a limited data volume can be sufficient.

Once the technology is in place, you can start. “In general, you should start with something that really interests you,” advises Janina Stiel. For example, those who like to knit can look for new patterns on the Internet. Typical first “online steps” are setting up an e-mail inbox and doing research using search engines.

For many, it helps to write down the individual steps, such as sending an email. Installing and trying out different apps also helps to gradually open up the digital world. “Apps can be used to structure internet use well,” says media educator Gröschel.

The grandson is not always the best advisor

If anything is unclear, it is often said: Just ask the granddaughter! According to Gröschel, one shouldn’t expect too much from it.

“The family is not always the best place to go when it comes to questions about Internet use,” she says. Older people develop technology very differently than younger people, who have known search engines and social media for a long time or even grew up with them.

Even the mostly English Internet vocabulary with terms such as browser or link can be challenging: “Older people often do not understand these words because many of them cannot speak English,” says Uhde. It therefore makes sense to seek support from someone who can empathize with your own situation.

“In many cities, volunteers organize open PC meetings, where internet consultations are also offered,” says Lisa Gröschel. Anyone looking for an exchange there will find them at eye level: it is often older people who share their knowledge and experiences there.

Useful information online and in print

Various offers on the net are tailored to older people and provide useful information. These include the portals “Digital-Kompass” (www.digital-kompass.de) and “Wissensdurstig” (www.wissensdurstig.de) as well as the YouTube channels “Helga helps” and “Paths out of loneliness”, in which various questions explained in short videos.

Those who prefer it printed can order the brochure “Guide through the digital world” from the Federal Government’s publication service. This is free of charge (Tel .: 030/18 272 2721). Turkey-Syria Earthquake | Death passed 5100; A three-month state of emergency has been declared in ten provinces of Turkey
Posted onFebruary 7, 2023