“He was not a mockery” – time.news 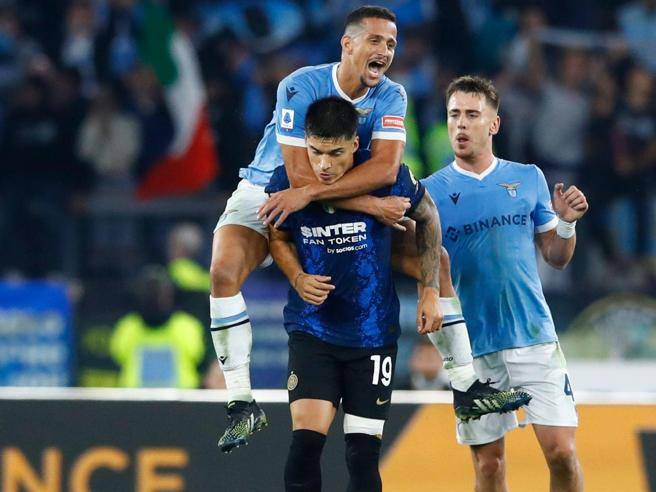 The Lazio defender apologized for the gesture, interpreted as a provocation: We are great friends and I just wanted to celebrate the victory

Nervousness skyrocketed in Lazio v Inter on Saturday 16 October. After the brawl on the field at 2-1 signed by Felipe Anderson with 9 ‘from the end, even at the end of the match there was a turmoil. In spite of himself, it was at the expense Luiz Felipe. In the final he went to hug his close friend Correa, former Lazio and today at Inter. But the Argentine, taken from behind, reacts by chasing away the Brazilian. Referee Irrati notices everything and extracts the red card from the defender, who bursts into tears.

The gesture passed as violent and unsportsmanlike. Instead, he wanted to be teasing a former partner. So that Luiz Felipe wanted to apologize on his Instagram profile with his former teammate: I would like to comment on the negative repercussions in relation to what happened at the end of the game, the message of the biancoceleste. First of all, I want to clarify that I have great respect for Inter or for any other club – he continued -. We are all professionals, working to pursue our goals and I would never fail to respect another professional. At the end of the game I ended up jumping on Tucu’s shoulders because he is one of the greatest friends football has given me. Our families are friends and we have always been very close. There, what I wanted most was to hug him and joke about the result, as far as our friendship allows, but I got excited.

And again: Perhaps, in retrospect, it was not the best time or the most suitable place. I apologize to anyone who has been offended and I clarify that I have not tried, in any way, to be disrespectful towards him, towards other athletes or Inter or its passionate fans. was an innocent act, by a person who has a great affection for Tucu. On social media, however, the controversy does not cease. Are so many Lazio fans angry at Irrati’s decision to expel Luiz Felipe, not realizing how the defender’s gesture was a mockery with a friend of his, as well as with his own former teammate. He killed his wife and informed the police Sirajlive.com – siraj daily
Posted onJanuary 27, 2023