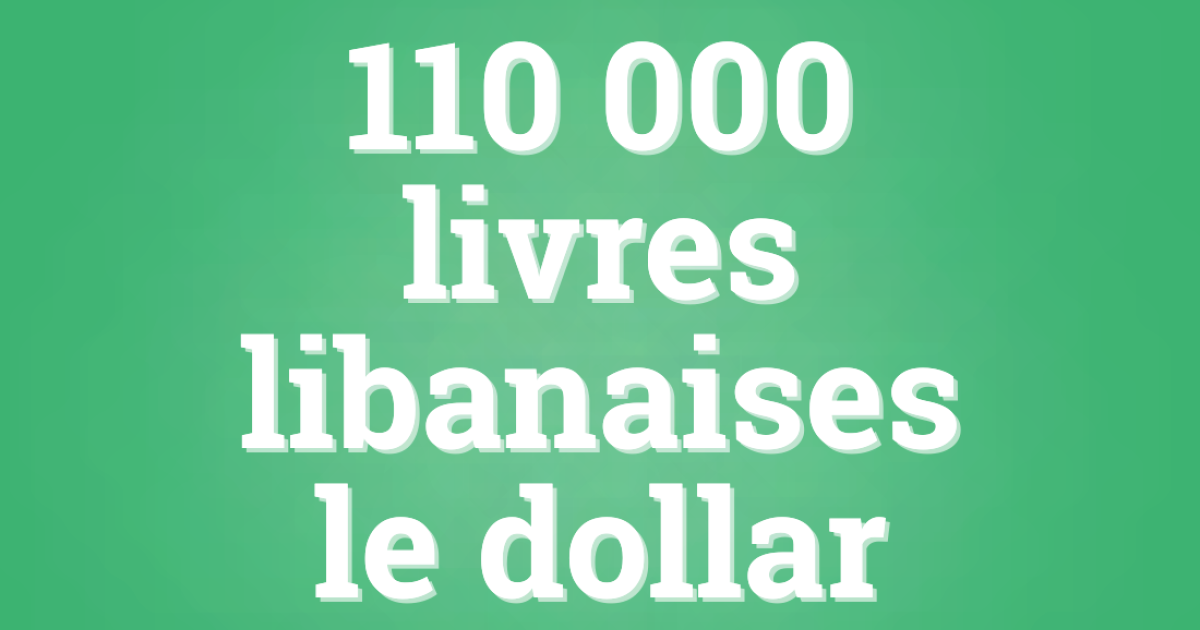 Three years ago, 1 US dollar was exchanged for 1,500 Lebanese pounds (LBP), according to the official rate. This summer, in Lebanon, it is now bought on the parallel market between 25,000 LBP and 30,000 LBP, ie twenty times more.

Et “if nothing is done, this rate will go up to 110,000 pounds [libanaises] the dollar in 2026”, writes the French-speaking Lebanese daily The Orient-The Day, citing a report by the Institute of International Finance (IFI), which brings together several hundred major banks around the world.

Lebanon has been plunged for three years into an economic crisis of unprecedented magnitude, considered one of the three most serious since 1850 by the World Bank, marked by shortages of all kinds, banking restrictions and the dizzying fall of the local currency which caused a general impoverishment of the population. Much of it blames the situation on the decades-unchanged ruling class, accused of incompetence and corruption.

The projection of an exchange rate of 110,000 LBP for 1 dollar in 2026 is based on a “disaster scenario” proposed by the IFI, counting on the lack of implementation of crucial reforms and, thus, on the failure of the agreement with the International Monetary Fund (IMF), which would leave the country without international financial aid.

Last April, the IMF announced the signing with the Lebanese authorities of a preliminary agreement on an aid program of 3 billion dollars over four years, on the condition that Beirut finally launches structural reforms.

In this scenario, the Central Bank will be forced to dip into its required reserves, the majority of banked citizens’ deposits will no longer be accessible, while poverty and unemployment will continue to grow. On the foreign exchange market, writes The Orient-The Daythe Lebanese pound would reach 40,000 LBP for 1 dollar by the end of the year and, therefore, 110,000 LBP in 2026.

“A doomsday scenario that predicts the ‘disintegration’ of Lebanon, becoming a failed state like Venezuela, Somalia and, more recently, Sri Lanka.” Only half of the beds are occupied
Posted onOctober 8, 2022