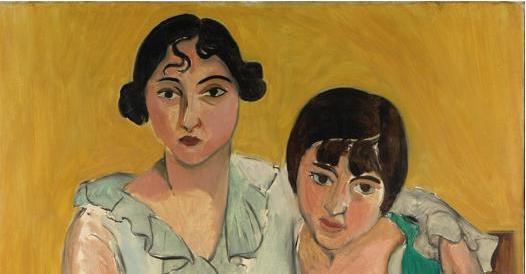 Are you all right, my love ?. No, I’m not very well in this time. Thus begins, with a somewhat ritual question and the answer that it is not at all, Mathilde’s descent into hell. For five years she lived with Tienne a love that seemed perfect to her, the previous summer they had spent two weeks on an almost deserted island in Croatia talking about marriage and children, until one evening the first crack arrives. The next day Mathilde and tienne go to work, but he doesn’t call her as usual, he doesn’t answer the usual messages, the classic violence in the form of absence, writes David Foenkinos in the first pages of Two sisters, the new novel published by Solferino.
The following evening comes the dreaded sentence: I leave you. Our story is over.

In an era of liquid love affairs, two people who break up usually don’t make the news anymore. Moreover, there are no children here, each of them has a job, the economic consequences seem bearable. On the other hand, one of the reasons for the novel’s interest is the story of the excruciating pain felt by Mathilde, a suffering almost of other times.
We live in an age of trivializing separation. Perhaps this is also why I felt like describing instead an atomic separation, an extreme explosion. Mathilde is in love and loves tienne deeply: to be left for her as a death sentence, she cannot go on. And unfortunately the circumstances of the abandonment do not help her.

tienne leaves Mathilde to go back to her ex, and Mathilde therefore gets the impression that it was just a parenthesis. On the ground, unable to get up, he receives the help of his sister Agathe. And here the thriller begins. Why this desire to dig into despair and evil?
I like bad, malevolent characters. Bizarrely, I took great pleasure in writing this novel.

Some kind of catharsis? Did he transfer the evil into the pages?
Yes, I felt some sort of relief. I wanted to talk about the breakup as a catastrophe, and the fact that it is horrible to feel bad, but even worse to see happiness in front of us. And this is the case of Agathe, Mathilde’s sister, less cultured but happier.

Two sisters: one who adores Flaubert and his sentimental education, without deriving great existential advantages. The other is more practical, vital, and which is not left by her husband.
Here is the other theme that interested me in this novel: the opposite fates of two sisters who had the same parents, received the same education. Yet they couldn’t be more different, in character and even in success. In families, comparisons are made between brothers or sisters, which is inevitable, and this leaves traces throughout life. Solidarity between sisters exists, and in the name of this Agathe invites Mathilde to stay for some time at her home, with her husband and the newborn. He does it out of affection but also because he feels obliged, because this is done by virtue of the family bond. But there is also a rivalry that in fact soon reaches the surface.

Is another’s happiness worse than one’s own unhappiness?
In the case of Mathilde we say that Agathe’s marital happiness is another misfortune. Mathilde may well be able to bear her own pain, but what is really too violent for her to see her sister happy, and precisely for those things that she would have wanted and that until a few days before seemed close at hand: a family, sons. As if she had the spectacle of her own failure before her.

Mathilde doesn’t react well, let’s say, but we almost understand her.
I really wanted to create a negative character, capable of terrible actions, but towards whom, paradoxically, there is a certain empathy.

To tell this catastrophic love separation, she also describes the additional test required today to those who are left, that is to deal with the notifications that do not arrive, and with the various social profiles of the lost person.
The smartphone is a torture, the materialization of the absence of the other. Before, one could cultivate the illusion that the other had called and we were not at home, or had written a letter that would arrive sooner or later. Now we carry with us permanently an object that reminds us, at every moment, that the other is not thinking of us. The rejection becomes continuous, constant. And at the same time the abandoned person can find information about the other, check their Facebook or Instagram profiles, see what they are doing, who they hang out with, how they are. These are all things that make separations often more difficult to bear than in the past, even if they have become commonplace and one in two marriages in France ends in divorce.

In his previous novel Towards beauty, the art of refuge and salvation, a professor is hired by the Orsay Museum as guardian in the room that exhibits the portrait of Jeanne Hbuterne, Modigliani’s muse. Here, however, art is of little use, indeed. All that Flaubert, and Mathilde is shipwrecked anyway.
true, in my novels, even in Charlotte for example, I have always spoken of art as a weapon to save oneself. Also because I used it myself, at sixteen, when I got sick. In Two sisters instead, literature fails to give anything to Mathilde: I wanted to create a character that incorporates all the love codes of nineteenth-century sentimental education, but who is totally unsuitable for facing reality. Mathilde realizes she has an instruction booklet, but from the wrong era, which could possibly work for different lives, not hers.

All misfortunes came from literature, he writes at one point. We are usually overwhelmed by invitations to read, is this a provocation?
Ah my novel boasts the joys of not reading! I’m obviously ironic. I liked to describe a character totally disconnected from reality, who is lost when he loses the love that protected him as in a bubble. In my books I always talk about transformation, about rebirth. This time he chose the thriller, and the rebirth is found in violence and malice.

The author and the book

The Ministry of Health: 37 cases of corona were recorded… and 35 recovered during the past 24 hours – Previously newspaper
Posted onDecember 3, 2022December 3, 2022