“I won the America’s Cup but I suffer from seasickness” – time.news 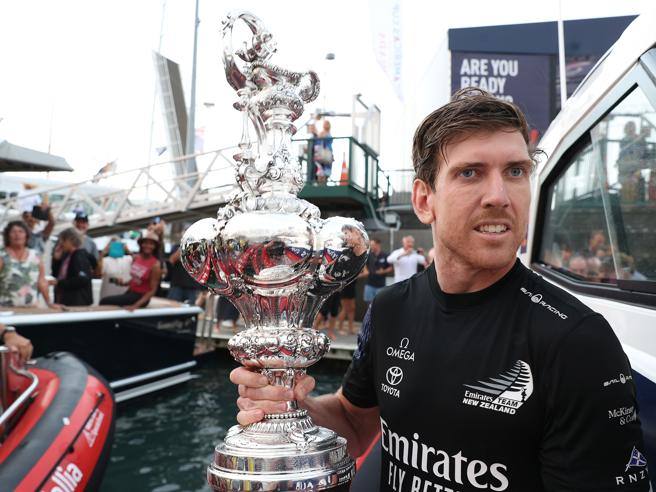 In the ideal formation of any New Zealand fan, the island where sailing (together with rugby) is religion, has entered a young man from Tauranga, an ancient Maori settlement south-east of Auckland, destined to become a mechanical engineer before the America’s Cup made it sail to other ports. And so Peter Burling, 30, so much at home at the helm of Team New Zealand that he defeated Luna Rossa 7-3 in 36a America’s Cup, uncomfortable in answering questions, is now part of that elite of kiwi sailing which comprises Peter Blake (winner of the ’89 -’90 world tour and holder of the Verne trophy, killed by pirates in the Amazon on December 5, 2001 at the age of 53), Grant Dalton (CEO of the New Zealand union, five world tours behind him) e Russell Coutts, the former legend («The absolute strongest I’ve ever sailed with» says Max Sirena of him) for whom Burling is breaking all records. Youngest helmsman in history to conquer the old silver pitcher (Bermuda 2017) and successfully defend it, the shy Peter is the object of desire of all the challengers of the next cup and of the New Zealand teenagers.

America’s Cup: before Luna Rossa the 5 boats that have revolutionized the history of sailing: Luna Rosa catamaran, Reliance, Ranger

It all started with the schooner America

Your first time on a sailboat, Burling?

“I do not remember! Probably on the Laser, with my dad Richard. My older brother raced and I wanted to imitate him: it was with the first races, in fact, that I started to like sailing ».

What happened to Jellytip, your first wooden Optimist?

«The sea and sailing are part of the culture here in New Zealand, as I imagine football here. I’ve never admired a single sailor, no. But I absolutely wanted to beat Scott, my brother. ‘

He succeeded. Was winning the America’s Cup a dream?

“Not aware. If I think about my childhood, that is, I can say that I had a lot of fun sailing. But I really never imagined being where I am now. ‘

Confess: have you ever suffered from seasickness?

“Absolutely yes! I believe that all sailors in the world, at least once in their life, have suffered from it ».

His most outstanding talent at the helm?

«My job is to bring the fast boat and make the right decisions at the right time. But I don’t think there is a single quality that leads you to be a good helmsman, it’s a set of things ».

What is the difference between winning an Olympic gold (49er in Rio 2016) and the America’s Cup?

«From my point of view none: these are incredible experiences, which require four years of work and absolute dedication. They cover too long a period of life for them to choose. The America’s Cup is perhaps more intense on a human level because our team is made up of over 100 people. You represent them all: you do not run only for yourself but for the country ».

And between winning the cup for the first time and defending it?

«In this case there is a difference: in Bermuda we were the outsiders against the battleship Oracle; against Luna Rossa we were at home, surrounded by an exceptional audience. Well yes, winning here was more exciting ».

What did Luna Rossa have less than you, in your opinion?

«Starting from the assumption that I would not change the sailors of Te Rehutai with anyone, Luna Rossa has set up a very competitive challenge: we always talk about the sailors but we also win with the team on the ground and the design team».

Are the flying Ac75s the most extraordinary boats you have ever raced on?

“In their own way, all the boats I’ve sailed on have had something special. It is like having to choose between children, I imagine: impossible ».

«Some stages lasted almost a month: a marathon, compared to the sprint races of the America’s Cup!».

The best advice you’ve ever received?

“Have fun and love what you do. These America’s Cup campaigns are very long: you have to enjoy the journey, otherwise it’s not worth it. “

Miri Bohdana reveals: “Our relationship was catastrophic and I got pregnant”
Posted onFebruary 7, 2023