Ibrahimovic in Sanremo with a ride on a motorcycle. And on stage with Mihajlovic … 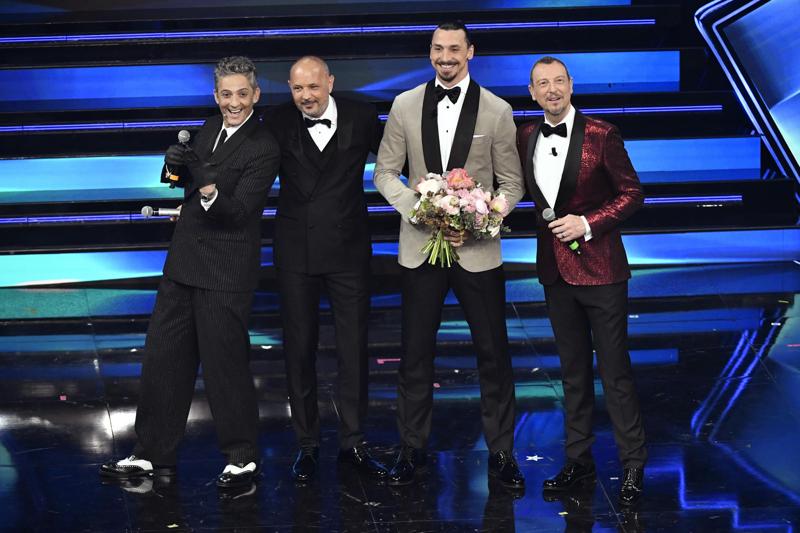 Zlatan Ibrahimovic arrives late for the third evening of the Sanremo Festival: the AC Milan striker is blocked due to an accident on the highway “I stopped a motorcyclist luckily who was a Milan fan,” says Ibra. Then the duet with Sinisa Mihajlovic: he sings ‘Io vagabondo’ together with Amadeus and Fiorello.

Ibrahimovic-Mihailovic, show in Sanremo 2021. “It all began with a header”

Entertaining duet between Sinisa Mihajlovic and Zlatan Ibrahimovic on the stage of SANREMO 2021. The Bologna coach and the Milan striker, great friends since the time of the matches on the pitch, joked with Amadeus remembering the origin of their fraternal relationship. “It all started with a header”, explained Mihajlovic citing a match between Inter and Juventus in April 2005, with Ibra then disqualified by the sports judge. “When he came to Inter, I wanted to give him back the head: this is how we show affection”, smiled the Bologna coach.

Sanremo 2021, Mihajlovic-Ibrahimovic. Sinisa: “He played, I won the Champions League”. And Zlatan … 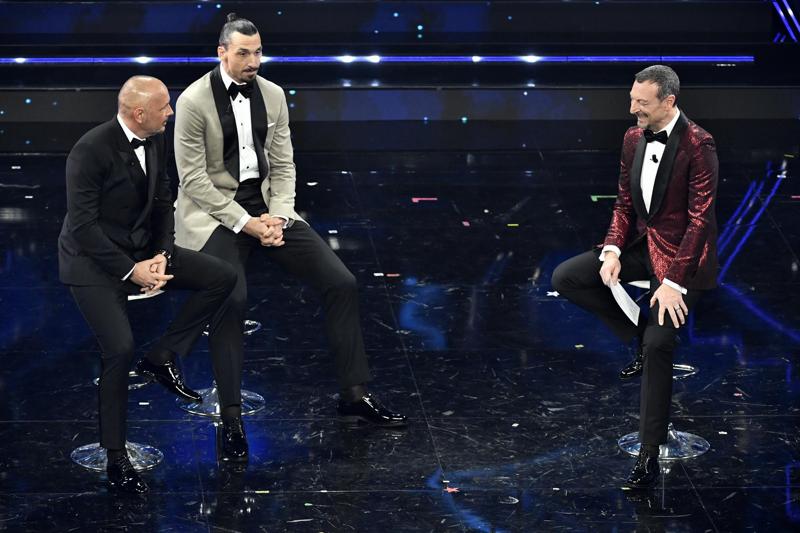 “It’s our love – admitted the Swede – Sinisa is a great friend, a gladiator, a person who knows what courage is. What did I envy him as a player? I’m talking about this year at Milan “. “There are players who have played and players who have won – replied Mihajlovic making fun of Ibrahimovic – He played, I won the European Cup”. “But there is still time”, promised the Milan forward, close to 40 but still on the pitch.

Ibrahimovic then said that he had experienced Mihajlovic’s disease very badly, a leukemia discovered in the summer of 2019, “a perfidious disease – reiterated the Bologna coach – suddenly arrived, which from one day to the next changed my life”. “When I learned the news I didn’t have the strength to call him immediately, I let a few days pass. I couldn’t speak to give him strength – explained the Swede – but he thought about giving strength to me. So I asked him if I could give him a hand in some way, he told me to go to Bologna because he needed a striker. ” “I know he would have liked to have come, but I understand Milan’s choice – replied Mihajlovic – And then it would have been a shame to have Zlatan in Bologna with the stadium empty due to the pandemic.” Then the atmosphere lightens and Fiorello enters the stage: the four sing ‘Io vagabondo’ of the Nomadi, and the star performer immediately gives the name to the new quartet: the Abbadeus, a quote from the Swedish group Abba in honor of Ibrahimovic’s Swedish origins . Questionable singing result, sympathy and guaranteed smiles.

Sixty kilometers by motorbike to reach SANREMO, albeit late. This is the adventure told by Zlatan Ibrahimovic, who arrived late to the third episode of the Festival “due to an accident on the highway that blocked me for three hours in the car”, explained the Milan striker to Amadeus. “At that point I asked the driver to let me off, I stopped a motorcyclist and I asked him to accompany me to SANREMO – continued Ibrahimovic showing a video shot on the bike – Fortunately he was a Milan rider! my Festival and in the end I discovered that for the motorcyclist it was the first time on the motorway “.

Curiosities of the body and health – Health and Medicine
Posted onFebruary 4, 2023

The shocking rape in the fence: a battle of accusations between the police and the head of the council – Ma’ariv Online
Posted onFebruary 4, 2023
Menu