In 2022, retirees will become even poorer if the law is not changed 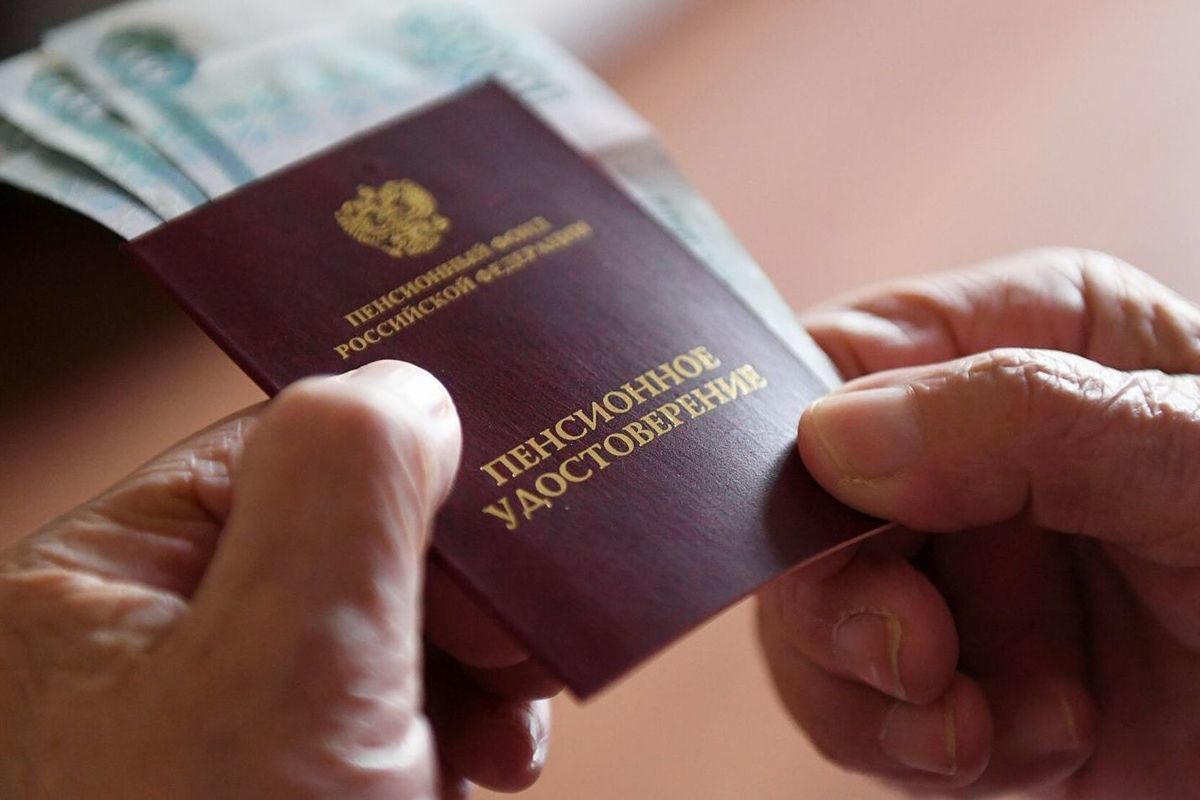 When the retirement age was raised in 2018, several important amendments were made to the bill, which caused consternation among the vast majority of the country’s population, by the second reading. Among them was the one that froze the usual procedure for indexing pensions during the painful reform, that is, until January 1, 2025.

This procedure, if anyone did not know or have forgotten, is spelled out in the law “On Insurance Pensions”. And it looks like this.

Pensions for non-working pensioners should be indexed annually from February 1 “depending on the consumer price growth index for the previous year,” that is, depending on the inflation rate in the previous year. From April 1 of each year, another indexation is possible, but not required – if the income of the Pension Fund turns out to be more than planned, then the value of the pension coefficient (the so-called point) will be recalculated. The methodology for calculating the cost of one coefficient (point) has not yet been approved by the government, although the law has required this since 2013, and in reality, the size of indexation was determined annually when the federal budget and the Pension Fund budget were adopted, and depended on the capabilities of these budgets and the willingness of the authorities to fork out.

But from 2019 to 2024, according to the law on raising the retirement age, the usual rules do not apply. And pensions during these five years are not indexed annually, but are “adjusted” – in accordance with a special procedure prescribed by the same law. From January 1 of each year – by a certain amount: in 2019 by 7.06%, in 2020 by 6.6%, in 2021 by 6.3%, in 2022 by 5.9% , in 2023 by 5.6%, and in 2024 – by 5.5%. When discussing the unpopular reform in the State Duma, government representatives assured the deputies that the growth of pensions (by 43% in nominal terms over 5 years, on average plus 1,000 rubles a month annually) would outpace the rise in prices, and thus the welfare of the current unemployed pensioners would increase by this, they say, will go the lion’s share of the funds saved due to the fact that Russians will work longer. Otherwise, they said, it is impossible to ensure an annual increase in pensions to a level that exceeds the inflation rate.

And everything seemed to go as planned. Inflation in 2018 was 4.3%, in 2019 – 3% in general, in 2020 – 4.9% … The growth of pensions in nominal value, at least slightly, exceeded the rise in prices. And the pensions of non-working people at least did not depreciate, their real purchasing power at least did not fall in comparison with the previous year, or even grew.

But the year 2021 presented an unpleasant surprise.

According to Rosstat, inflation in June reached 6.5% against June last year. Some analysts predict that July will generally be around 6.9% in annual terms. The central bank does not really believe that even the traditional seasonal decline in prices for vegetables and fruits will seriously reverse the alarming trend. And even the Ministry of Economic Development, which usually acts as a noteworthy optimist, recently admitted that by the end of the year there will be at least 5%, and not 3.7%, as predicted last fall when the budget for 2021-23 was adopted …

The rise in prices could not but affect pensions: already in January-May, the Federal State Statistics Service states, the real pension decreased by 0.1% compared to January-May last year. Since the end of May, as we can all see, the rise in prices has not stopped. That is, pensioners can buy less and less with their payments – and certainly less than a year earlier, the January “adjustment” by “whole” 6.3% did not save.

And from January 1, 2022, pensions, as we know, should grow nominally by only 5.9%. This, of course, will provide the desired average “plus a thousand” to the accrued pension (average – that is, someone will get plus 500 rubles, and someone – plus 2 thousand). And formally, it will be possible to say that the adjustment is higher than the inflation rate, if inflation in 2021 turns out to be equal to even 5.7%, for example. But real growth and even preservation of the real content of pensions at the current level will no longer ensure this.

This means that if you really think about preserving at least the current standard of living of elderly Russians, you will have to make changes in the fall to the law on raising the retirement age and increase pensions from January 1, 2022 by at least a couple of tenths of a percent. Plus to the already guaranteed 5.9%. And to lay funds for this in the budget for 2022-24 …

True, there are fears that a banal desire to save money will prevail.

The fact is that over the past couple of years, pensioners are not at all the category of the population that our authorities are interested in. All additional support measures announced both last year and this year concerned families with children. Nobody promised anything to pensioners. And the saga with a seemingly possible, at least not for everyone, the return of indexation of pensions to working pensioners ended in a mess: by February 1, the government submitted some proposals to the president on this score, which ones – the ministers are silent, like partisans, the Kremlin seems to have analyzed these proposals ( which proposals are silent there too), the results of the analysis are not known. And in the President’s Address to the Federal Assembly, citizens of retirement age are not promised any, even the most modest gift: the head of state did not say a word about them.

Apparently, the authorities decided that everything is in order for pensioners: pensions are growing from year to year, and there are no poor among them?

It seems absurd, but this is exactly how it is officially: there are really no poor from the point of view of the Russian state among the recipients of pensions. Because the level of poverty in our country is the living wage of a pensioner (the average Russian is set by the federal government, and the regional – by the constituent entities of the Russian Federation). And if some non-working pensioner has an accrued pension, together with various additional payments below the regional subsistence level, he will be paid extra from the budget up to this level.

But what a level this is, my God!

Let’s remind: for the next year in Russia as a whole, the government has set it in the amount of 10,277 rubles per month. This is only 2.5% more than this year. That is, with inflation rising to 5% this year, it is not actually planned to increase, but to reduce the standard of living of pensioners. And regional minimums in 55 out of 85 regions in 2021 were lower than the federal one, the lowest (8,540 rubles per month) – in Adygea …

Chinese ‘spy’ balloon flies over the US and could reach the sea this Saturday
Posted onFebruary 4, 2023
Menu