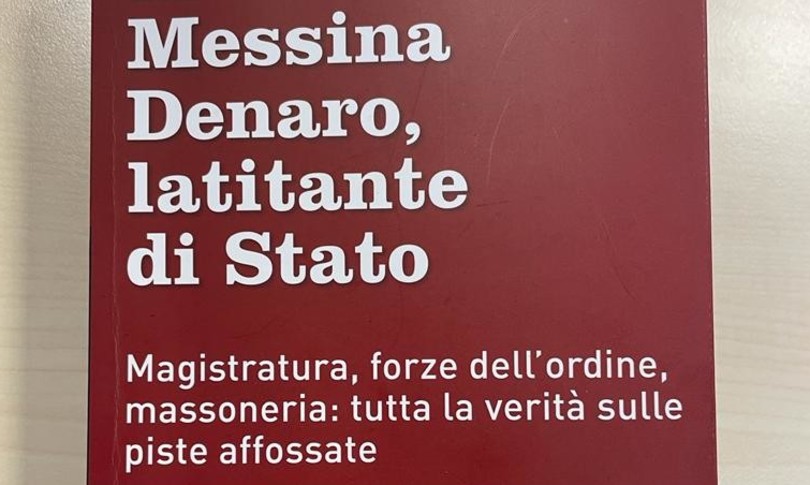 A book that draws a profile of the last living protagonist of the Cosa Nostra massacre season and through documents and analyzes he tries to understand why he is still at large. A goal certainly not easy and uncomfortable for someone, probably for many.

Matteo Messina Denaro, as written in the presentation of the book, “seems an elusive ghost: in these 30 years, countless tracks have been followedthe effort made by the state is colossal as the announcements of an imminent capture continue to follow one another. Misdirections, polluted investigations, missing evidence “.

“Lots of misdirections – explains Bova – to take what is now considered the undisputed leader of the mafia. Misdirections are the heart of any prolonged inaction, but in the book I tried to tell the tripping suffered by those who investigated his escape. There are guerrillas between prosecutors and investigative overlapsalso fueled by personal envy and career issues and caused by a lack of genuine coordination. I decided to work on this book two years ago, in which I have worked out documents and facts known for the past six to seven years. It was a slow work, during which I asked myself many questions, some of which are still standing.

I decided to write this book to tell what is happening in this little piece of our world, where for thirty years people have been looking for a person without any success, but they continue to celebrate maxiblitz and carpet searches. I’ve known people who would give their lives to catch him and definitively turn the page in the anti-mafia investigations, but to give meaning to this book is the story of the losers of the hunt for Messina Denaro, I am thinking of the finance officer Carlo Pulici, assistant to the deputy prosecutor Teresa Principato, who after thirty years in the Prosecutor’s Office he was dismissed with outlandish accusations, which ended up crushing the prosecutor’s work ”.

“In the hunt for Messina Denaro – adds the author – there is a lot of confusion, this has been understood above all by some investigators who yearn to put the handcuffs on him.” But who is comfortable with the boss never being caught?

“The hunt for Messina Denaro, although it is expensive, it should be included among the items in the budget of our state. For decades, his research has absorbed the most capable investigators, diverting essential resources to understand the new mafia and identify the unsuspected bosses behind a long line of managers and professionals “.

There is a moment in which the story of Messina Denaro begins, on which everything depended: “His hiding – says the author – began in 1993, but the State began to look for him seriously only after the arrest of Bernardo Provenzano, captured in April 2006. The book tells the story of Professor Antonio Vaccarino, who died a few months ago in questionable conditions (after contracting the covid in prison, despite the lawyers asking for a transfer to home for health reasons), with whom I had recorded an interview shortly before he was arrested again. His daring story is told in the Prologue and in the Epilogue of the book, including the correspondence he had with Messina Denaro himself: truly understanding this operation can help to understand his interminable escape “.

When will it be possible to put an end to his inaction? “I hope that his inaction ends tomorrow morning, we will be ready to tell every aspect: until then we just have to keep our fingers crossed and hope that the state changes its approach. I like to think that Messina Denaro – concludes Marco Bova – will be arrested by the intuition of those who, in recent years, have never stopped looking for him without any reluctance and by the courage of those who decide to go all the way “.

Atlantic and Mediterranean coast: what is this species of fish that bites swimmers’ legs?
Posted onAugust 10, 2022
Menu