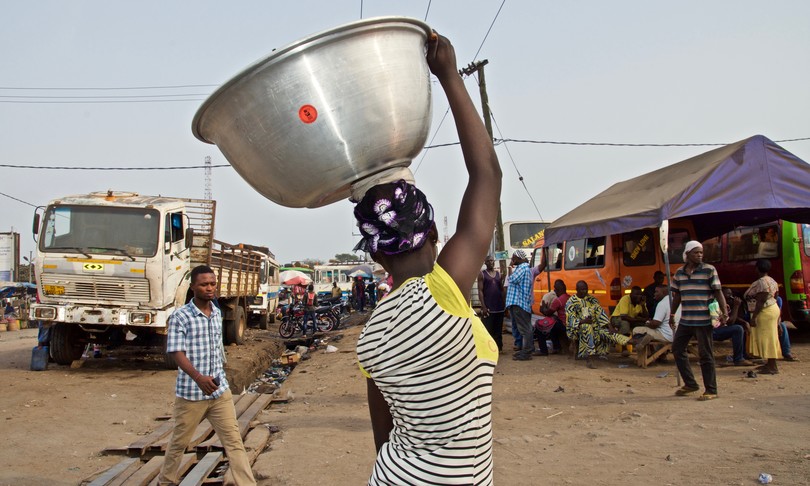 Time.news – For Africa it could be a perfect storm. Previously, in 2020, the closures of the extraction and production plants decreased the availability of raw materials. Then the strong economic recovery led by China and the United States caused a surge in demand for commodities. After suffering for part of 2020, starting with oil that ended up in negative territory – on April 20 – the recovery was substantial: the Dow Jones Commodity Index (which is an investment instrument) scored 496.46 points on May 14, 2020 and rose to 882.40 on July 21, 2021, a variation of over 78% in just over a year. The Baltic Dry Index (indicating how much it costs to ship raw materials) has returned to exceed 2 thousand points, up by 60% since the beginning of 2021 and by more than 200% compared to May 2020, when in full Covid emergency the index had collapsed at minimum from 4 years.

China is certainly leading the leap. In the first quarter, Beijing purchased 6.7 million tons of corn abroad (largely from the US with the resolution of the tariff war), more than five times the same period in 2020. The result is that today all commodities show an increase in demand, and all of them a strong increase in prices: copper appreciated by 47% compared to pre-crisis levels, wood by 6%, oil has recovered quickly and is now -3% from its pre-pandemic assessment. The prices of raw materials have also risen by 117% in recent months, as in the case of iron. Corn from September 2020 to June 2021, in about 8 months, increased by almost 60% reaching price levels that have not been recorded since 2012. Common wheat has increased by more than 30% since the lows in July 2020, something that has not happened since 2013.

Soybeans grew by more than 80% from October 2020 to June 2021, in just 8 months. In this case, prices are more than 30% higher than the maximum peak recorded in the last 10 years. On the other hand, restrictions still weigh on cocoa, prices are still low, but volatility is high with fluctuations between 200 and 300 euros per tonne per week.. As is well known, Africa is a large producer of raw materials. The GDP of many nations is made up of exports, for example of oil. Rising prices can only be good for these economies, even though it is also known that the royalties deriving from this sector do not have a significant impact on the real economy. In fact, little or nothing is invested in the growth of economic sectors such as agriculture and the processing industry so that they can overcome the evil that still afflicts the continent: food insecurity.

The African Development Bank estimates that food imports – which today exceed $ 35 billion a year – will reach 110 billion in 2025. Thus Africa cannot go on. What is most worrying, in fact, is the growth in the prices of food commodities and the possible persistence of the phenomenon well beyond 2021. The reassurances that the surge in food goods can be transitory and linked to the simple recovery of pre -pandemic. According to many analysts, the pandemic has caused permanent changes in the main market players that can exacerbate prices and trigger further speculation in the sector.

A long period is therefore expected in which prices will remain significantly above their historical trend. All this is due to the replenishment of stocks by the large emerging economies: China, India, Brazil, creating strong pressure on the market. Wheat orders from the main Middle Eastern and North African importers also doubled, reflecting a new prudential logic influenced by previous crisis experiences and the damage inflicted by the pandemic. Inflation of food commodities can be very dangerous from the point of view of the political and economic stability of importing economies, especially if they cannot cope with the increase in costs by drawing on foreign exchange reserves or by resorting to alternative forms such as debt issuance. abroad.

In 2007-2008, the worst drought of the 21st century caused prices to jump to record levels and trigger food riots in numerous African countries. For Africa, the economic balance hangs in favor of extractive raw materials. The rebalancing in favor of a development plan for food security should be the priority for the economies of the continent if they do not want to impact against a society that is increasingly impatient for the lack of welfare policies. The challenge is enormous.

Tsitsipas dominates Khachanov and offers himself a first final in Melbourne
Posted onJanuary 27, 2023

Employees are fined a million dollars because of a message on WhatsApp
Posted onJanuary 27, 2023