In Brussels, a group of irregular migrants occupied a church and started a hunger and thirst strike 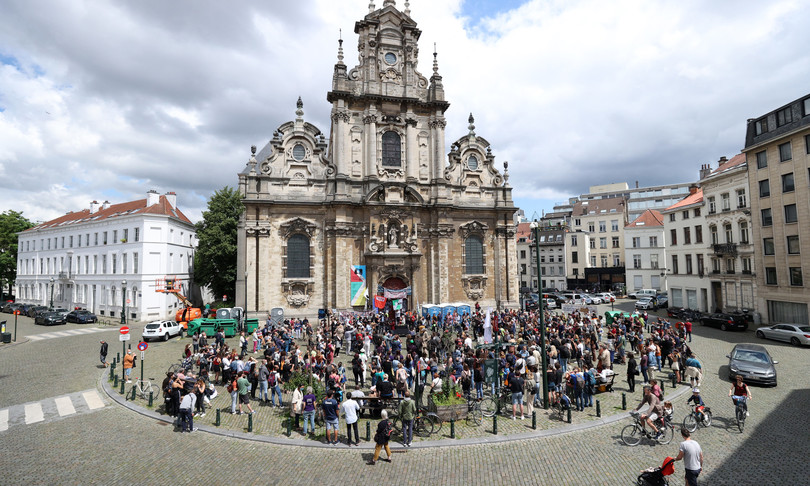 Time.news – After over 50 days of hunger strike, some of the migrants without a residence permit who locked themselves up in the church of Saint John the Baptist at the Beguinage of Brussels, he began the thirst strike. The extreme gesture marks the new climax of a protest that began last January 30, when a group of irregular foreigners occupied the parish in the center of the Belgian capital and the premises of the two main city universities: theFree University and the Free University of Brussels.

The number of occupants ‘illegal immigrants’ (as undocumented migrants are called in Belgium) quickly grew to the present day 475, who never leave the places of protest. “Many of them have lived in Belgium for over 10 years, a lady who has occupied the church for even 33 years”, ha raccontato all’Time.news Mohamed Alex, portavoce of the Union des sans-papiers for regularization, the movement born on the occasion of the occupation and which unites illegal immigrants with the people who support them. Among the latter there are also “students, researchers, university professors, lawyers and many ordinary people”, explained Alex.

They met this afternoon in front of the Central Station of Brussels to express, as we read on the Facebook page of the event, “the desperation and anger for the guilty inaction of the Belgian federal government”, accused of ignoring illegal immigrants.

“The last regularization was made in 2009 – recalled Alex – but it was a fake amnesty. I was regularized, but I lost my residence permit after a year because my employer did not pay any taxes to the state “.

The hunger strike of the undocumented began on 23 May and since then several sans-papiers have been in need of medical treatment. Some occupants also sewed their mouths with needle and thread in protest and posted the photos on social networks.

Sammy Mahdi, Undersecretary for Asylum and Migration, in the last few hours he praised the establishment by the Municipality of Brussels of a “neutral zone” near the occupied church, where irregular migrants can go to get information on their administrative situation and on the procedures necessary to regularize themselves.

Mahdi, the son of an Iraqi refugee who fled to Belgium in the 1970s, has so far denied any concessions in favor of irregular hunger strikers. “There are 150,000 undocumented migrants in our country and it would not be right to treat 400 people differently”he reiterated on Thursday. “Obviously, we are doing everything to ensure that there are no deaths,” he explained regarding the health conditions of the occupants. But the risk is there: “about fifty people started the thirst strike last night and one of those occupying the church felt ill, could no longer get up and needed assistance”, announced the spokesperson for the movement.