In Cuba, a referendum on same-sex marriage sows trouble 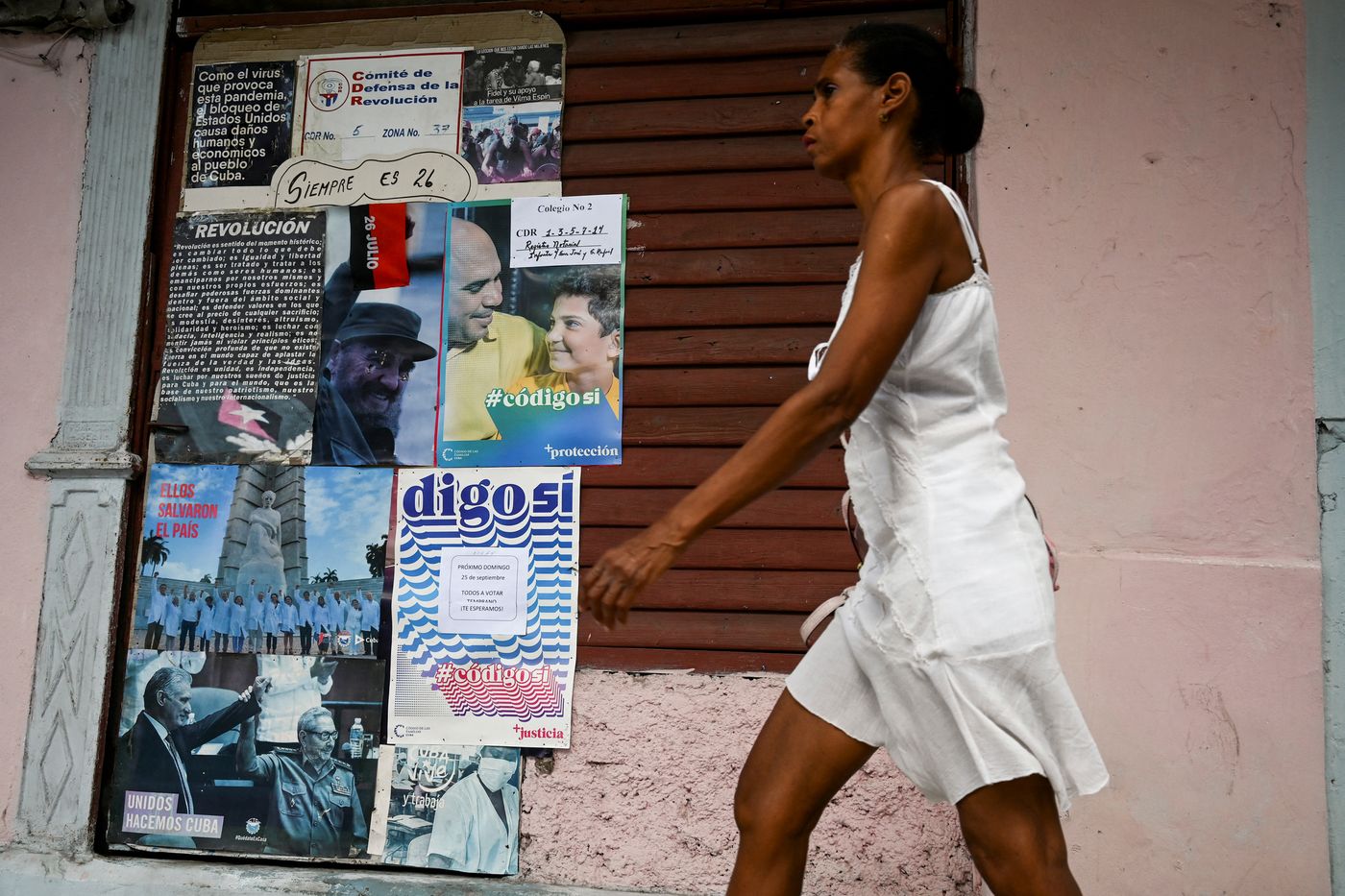 Cuba could become the 34e country in the world to legalize marriage for same-sex couples, following the referendum on Sunday 25 September. The question posed to voters does not relate specifically to this measure, but to a legislative package of 104 pages and more than 500 articles: “Do you agree with the family code? “. The river text must replace a regulation dating from 1975. It proposes pell-mell to fight against domestic violence, to strengthen the rights of children, the elderly or disabled, at the same time as it authorizes surrogacy (GPA) for non-profit purposes. The new code also provides for the possibility for grandparents to obtain legal responsibility for minors for whom they are responsible, in a country where tens of thousands of parents have emigrated, leaving custody of the children to the elders.

The authorities spared no effort to promote this new aspect of Cuban law: consultation of 6.5 million Cubans, public display, campaign in favor of « oui » in all media, as well as on social networks under the keyword #YoVotoSi (“I vote yes”)… The plebiscite of President Miguel Diaz-Canel, however, comes in a context of deep economic crisis, where the population lacks everything, food as well as medicine. The reform proposal also comes just over a year after suppressed protests in July 2021, which demanded more rights and freedoms.

This is the first time that Cuban citizens have had to express themselves on a law. They had been called to the polls before, but only to speak on the 1976 and 2019 constitutions. « oui » would constitute a 180° turn on the part of a communist regime which, in the time of Fidel Castro, considered homosexuality as a « vice » of capitalist and bourgeois society.

Between 1965 and 1968, many homosexuals were interned in camps for “rehabilitation” because considered – as well as the priests – as counter-revolutionaries. The persecutions then continued. In 2019, during a march by LGBT activists in Havana, authorities again arrested several demonstrators. At the same time, sexual minorities have been able to count on significant support, such as that of Mariela Castro, daughter of former President Raúl Castro, who defends their cause at the head of the National Center for Sex Education.

The new family code embarrasses dissidents who denounce a diversionary maneuver. Most call for abstention. “They can’t make sure the children have a glass of milk on the table, but they talk about guaranteeing rights in a family code”, criticizes a user. The argument is frequently picked up on Twitter, under the hashtag #YoVotoNo (“I vote no”).

The conference of Catholic bishops of Cuba, for its part, condemned “gender ideology” introduced into the text, while defending marriage between a man and a woman as the “natural foundation of the family”. The law will come into force the day after the results if it obtains more than 50% of the votes. In Latin America, Argentina, Brazil, Colombia, Costa Rica, Chile, Ecuador and Uruguay have already approved same-sex marriage.