In Hong Kong, a 24-year-old risks being sentenced to life in prison for terrorism 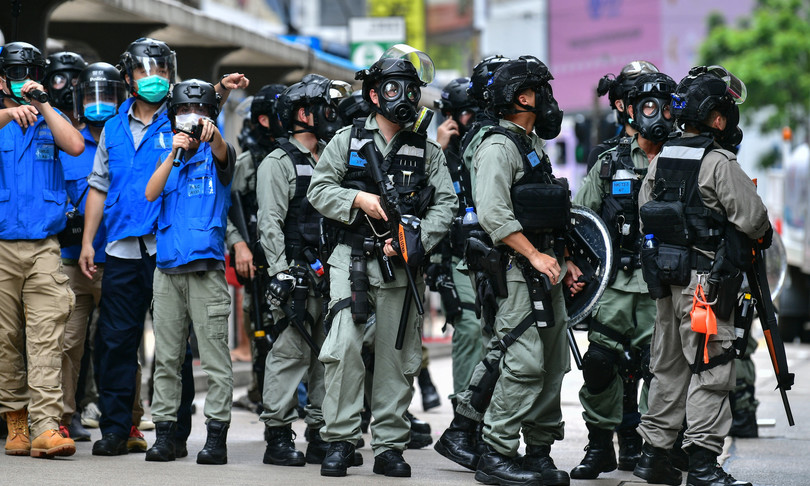 Time.news – He was found guilty of terrorism e instigation to secession a young man from Hong Kong, the first to go on trial on the basis of the drastic national security law that Beijing imposed on the former British colony to stifle the breath of democracy.

A decision that establishes a legal precedent, confirming that some political slogans are now outlawed in the former British colony, which therefore no longer enjoys freedoms unknown in the rest of China.

Tong Ying-kit, 24, on July 1, 2020, a few hours after the law came into force, he got on a motorcycle holding a flag on which was written ‘Freedom for Hong Kong, the Revolution of our days’; but he had been blocked by a group of policemen who, moreover, had also run over, falling ruinously to the ground.

For the 3 judges, that slogan – the main one of the pro-democracy movement during the months of protests in 2019 – instigates other people “to commit an act of secession”; in addition, by rushing to the police, the accused has “seriously endangered public security” and is therefore guilty of terrorism.

The sentence has not yet been announced, but Tong faces life imprisonment. A new hearing is scheduled for next Thursday in which the defense will present a request for mitigation. Tong has been in custody since his arrest and has so far been denied all bail requests.

There was no jury at the trial, which marks a real break with the legal tradition in Hong Kong. jurors and their families.

Among other things, the Tong case is relatively unusual because the young man is one of the few people prosecuted for an explicitly violent act (having hit the police); but the vast majority of those accused under the National Security Act are under arrest for expressing political views which, according to the authorities, are illegal.

More than 60 people have been charged under the National Security Act, which is emerging as the main tool in Beijing’s crackdown on the pro-democracy movement.

Among those prosecuted under this draconian law, the media mogul, Jimmy Lai, former editor of the now-closed pro-democracy tabloid Apple Daily. Most of them have not been bailed and all are awaiting trial.

According to analysts, the ruling shows that Hong Kong justice is adopting a very broad interpretation of the law and that the courts of the former British colony are opting for the severity in force in Chinese courts.

“The whole system, from administration to judiciary to law enforcement, the whole system is moving in the same direction,” notes Eric Lai, a Georgetown Law School attorney. According to the human rights organization Amnesty International, Tong’s sentence marks “the beginning of the end of freedom of expression in Hong Kong”.

Tired of sand fleas? This is the best thing to do against the itching
Posted onAugust 10, 2022