In Sweden, a pro-mask Facebook group was accused of “attacking democracy” – time.news 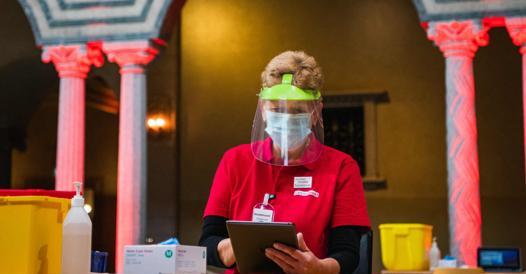 If in Italy we have no-mask deniers, in Sweden, where there has never been a real lockdown, it is the “pro masks” – those who want the mask – who are considered “conspirators”.

“I’m afraid that some nationalist extremist could hurt me, I’m afraid of receiving threats at home”, says Anna (the name is a fictional one), a young political science researcher who has the “fault” of being part of a group private on Facebook called Mewas (Media Watchdogs of Sweden).

The group was born at the beginning of the pandemic, in Sweden: precisely in April 2020. It includes 200 researchers, academics and professionals, mostly foreigners. The purpose is, as the name implies, to check the news circulating in the national media, but also to comment on the Swedish choices to fight Covid-19.

Before December 2020 Mewas was not known, until it became the subject of an investigation of a February 9 episode of Radio Sweden, by title “The concerns of experts about a secret Facebook group”.

A journalist from the Swedish broadcaster infiltrated the group with the idea of ​​proving it was dangerous. Because, Anna explains, “we communicate in English, and we could spread, according to them, an incorrect idea of ​​Sweden”. If we enter into the merits of the contents shared on the group, no conspiracy, but if ever some bright tone. Keith Begg, founder of the group, compared the Swedish strategy to Nazi eugenics, in a personal post on Twitter. So that the epidemiologa Emma Frans, called to comment on the Radio Sweden investigation, wrote: “Groups like this are a threat to democracy”, which was then retweeted by the official public health account.

The founder Begg after receiving several threatening letters he decided, in mid-February, to return to Ireland.

Mewas criticizes herd immunity as a strategy (as does WHO). The Facebook page shows a quotation mark of Andres Tegnell, epidemiologist in charge of the Swedish strategy, who wrote on March 16: «Swedish herd immunity is more effective than vaccine» (from the Aftonbladet website).

Mewas challenges Sweden to not having imposed the obligation of masks, and points out that the official website of the Public Health Agency states that the virus is not transmitted by air.

Among the other disputed measures there is the obligation for students to physically go to school under the age of 16, without being able to take advantage of distance learning.

Children at school, no masks, and no lockdown: all topics that are generally – albeit with a diametrically opposite objective – the prerogative of deniers.

Reading the contents of the group you can see articles from authoritative newspapers. “To date, Mewas is mistaken for a party, the founder is defined as a leader,” says Anna. A kind of party of “other Europeans” who live in Sweden and oppose the government’s choices. “Anyone who is part of that group in a public way receives threats,” Anna explains.

So did Andreia, a member of the group and kindergarten teacher, quit her job because she didn’t feel safe in times of pandemic. During these months he has always publicly contested government policies and has received threats from extremists: «I am moving to Portugal. I don’t feel safe, I’ve received threatening letters ». Andreia asked if this article would be published before her farewell to Sweden, set for March 5: “I know I sound paranoid, but the media are attacking us too, I understand that I am in danger.”

The members of the group want to remain anonymous just to feel safe and avoid the attacks of haters on social networks and even outside. Some have failed because the investigation has made their names public. But the decline in consensus on government strategies – Tegnell went from 72% to 54%, source Ipsos – and the new waves of infections cause stress and raise the tone in communications.

“Will I be able to continue working in Sweden without looking like a subversive?” Asks Anna now, daughter of Europe and the Erasmus generation. “And will I be able to do it without risking getting sick?”