In the same institution where the late Little Yael was treated: a girl who was hospitalized put an end to it …

Tragedy in hospital: A girl committed suicide this evening (Tuesday) at the Ma’ale HaCarmel Mental Health Center. The hospital management issued a statement about the case without publishing the girl’s age or name: “A serious incident, the case was reported to the police and the Ministry of Health.” This is the same institution where the late Little Yael Melnik was treated, whose body was found last month: the suspicion is that an employee of the institution, Edward Kachura, murdered her – and his detention was extended again today for the 15th time.

A statement issued tonight read: “The management of Ma’ale HaCarmel Hospital wants to update on a difficult incident tonight at the hospital where a hospitalized girl took her life.

The hospital announced that in addition to the police investigation, they will work to investigate the circumstances of the tragic case: hospital.

The same medical institution, Ma’ale HaCarmel Hospital, experienced another tragedy less than two months ago: the body of 17-year-old Little Yael Melnik, who was treated at the institution, partially buried in Kiryat Motzkin at a construction site near Chai Park. This week, the court decided to release the murder suspect, Edward Kachura, who also worked at the institution: Kachura denied the allegations against him and claimed that the late Little had asked him to bury her in the sand.

Another hearing took place today, at the end of which it was decided to extend his detention for another 3 days. Judge Ziv Arieli set conditions for the police: “As long as a prosecutor’s statement is not submitted by Thursday, there will be a release.” No indictment has yet been filed in the case, although this is the 15th time Kachura’s detention has been extended. State Attorney Amit Isman instructed to complete an investigation and announced that he would ultimately decide whether to charge Kachura with murder.

The sister of the late Little Yael, Ruth, said today after the court hearing: “The prosecution should wake up, an indictment should be filed for murder. They say what we say from the beginning. We hope a plaintiff’s statement will be filed. There is a bright spot, we feel it is going in the direction we want. ”

“It can be learned that the death was most likely caused by the obstruction of the trachea,” said District Judge Ron Shapira who revoked Kachura’s release. According to him, the doctor determined that “the deceased’s hands were clean and it is misleading that she covered herself with sand.” The judge added: “The suspect links himself to the burial of the deceased. It can be understood that his actions led to the same situation, and hence there is apparent evidence of his involvement in the killing incident.” The judge further noted that “in most of his interrogations the suspect maintains the right to remain silent – and this strengthens the evidence base against him” and that “in those interrogations he answered questions can be seen as dangerous.”

Another tragedy in hospital: a young woman puts an end to her life

The 21-year-old put an end to her life at the beginning of the month while she was hospitalized in a psychiatric ward at Ziv Hospital. A. left the hospital and only after many hours was found by the medical staff, after not showing up for dinner. Some of E.’s recent correspondence before her death were published in the N12, indicating that the terrible case could have been prevented. “I am considering jumping off the fence and returning in the evening,” she wrote in a message to one of her best friends.

Another article: “I have no strength, they just bother me and I want to go … I feel that everything is just shit and they do not see me here as a person – but as a disease.” Following the publication, the serious case is under police investigation. 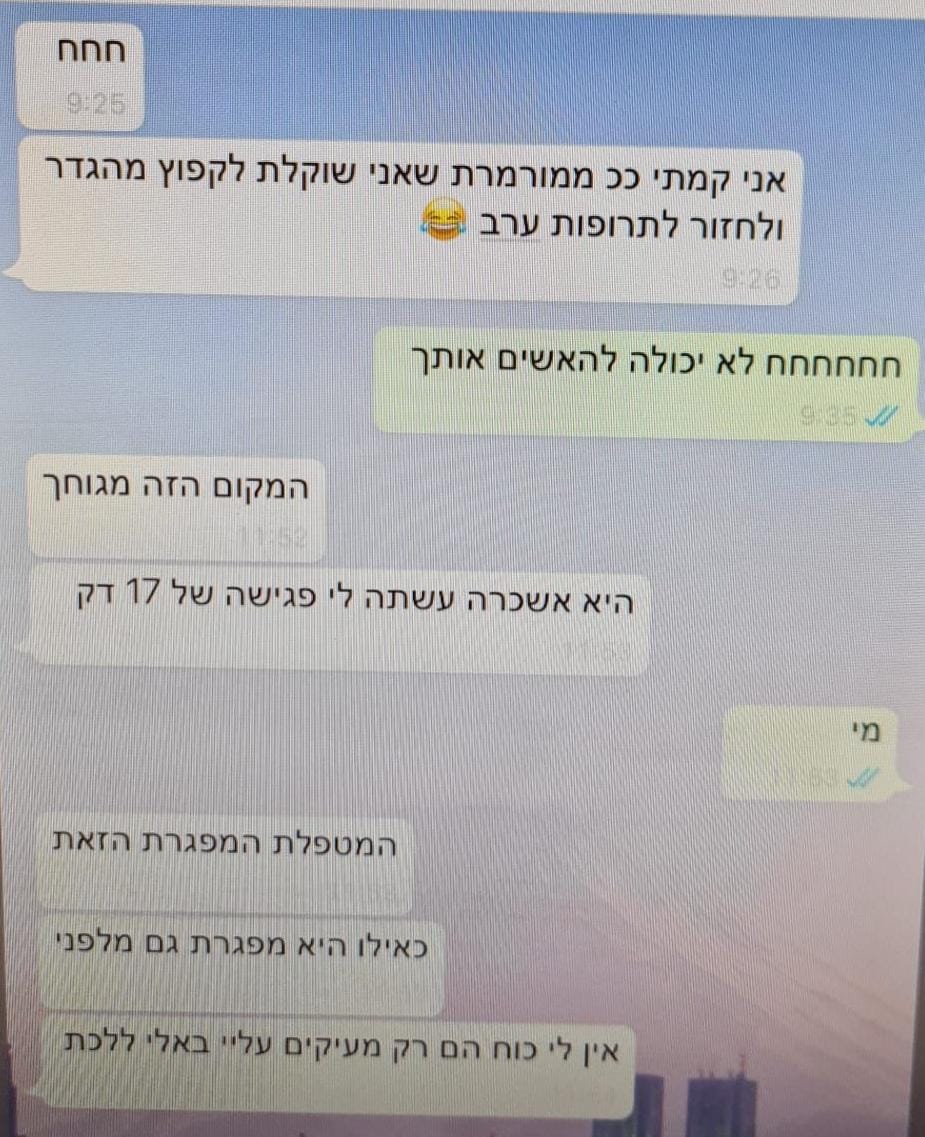 Breast cancer, the key role of adjuvant therapy immediately after surgery to have a better chance of healing- time.news

Baruch Dayan HaAmet: The distributor of the famous...

German lobbyists said about the threat to the...

Without an order and not just against suspects:...

The crazed climate slaughters crops and drives up...