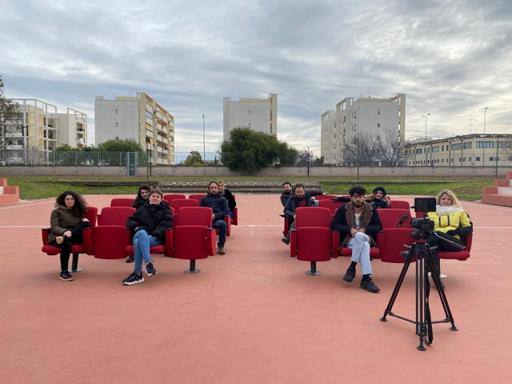 From March 12, the video “Remember me” is online, documenting the experience conducted in collaboration with the Get and the Enziteto Children’s Cinema Academy

Dopo “Orgy”, Licia Lanera returned to Pier Paolo Pasolini with “Pilate”. But there is no play to stage. Rather, the results of an inclusion workshop held in the San Pio district of Bari need to be shown. And no one tries to reduce its value. “If I could show my work to a politician, a critic or a colleague, I would not invite him to a staging, but to follow one of our workshops”, says the actress, director and playwright from Bari, back with five other artists for two months of provocative and creative self-confinement in the Bellini theater in Naples for the prolonged closure of the entertainment venues. The same workshop conducted in the difficult district of Bari by the Lanera Company, should have ended with a performance in presence in this period. It was remedied with the video story “Remember me»Shot in San Pio with the collaboration of Zerottanta productions and from Friday available in streaming on the social networks of the group and the Teatro Pubblico Pugliese, led by the” punk lady “of the Italian theater. The protagonists, nine boys between 20 and 25 years: their names are Wanda Carofiglio, Tommaso Daloiso, Francesco Greco, Francesca Lisi, Claudia Loré, Simona Palmieri, Sara Ruggieri, Claudia Savino and Giovanni Seclì.

In the spaces of the Enziteto Children’s Cinema Academy, followed by Vito Piemonte, tutor of the social cooperative Get (partner of the project with TeatroLab-Restiamo Umani), they worked with Licia Lanera and Danilo Giuva on the texts of the poet from Casarsa. Pasolini reread the myth creating a sort of sequel to the “Orestea » by Aeschylus, which he himself translated a few years earlier for Vittorio Gassman. He published the work on New Topics before the debut in 1968 in Taormina, directed by Giovanni Cutrufelli. Pasolini wanted to identify himself with Pilade, defender of the poor, the excluded, the different: a sort of prototype of a pacifist revolutionary also staged by Luca Ronconi in 1993. In short, an intellectual destined to defeat, as the Eumenides predict at one point.

On the contrary, the experience of Saint Pio marks a “joyful prophecy”, which returns the anguish and difficulties of these times of pandemic. The young people involved mix public and private space and at the same time testify to the void caused by the closure of cinemas and theaters, with a very high margin of cultural, political and social awareness. “Everyone thinks that in these laboratories, scattered in every corner of the beautiful country, actors are formed and baked, instead here a piece of conscious society is built”, says Lanera, who carried out the workshop as part of a project of cultural inclusion and of the Puglia Region coordinated by the Apulian Public Theater. The project, of which the Lanera Company is the leader, is entitled “Agli antipodi – A bridge between cultural and geographical peripheries”. Winning result of the regional public notice “Periferie del centro”, it is divided into two modules.

The video “Remember me”

The workshop that led to the video story “Remember me“On Pasolini’s drama was, in fact, preceded by another theatrical workshop,”What is light made of “, inspired by the “Life of GalileoBy Brecht. Boys between the ages of 13 and 17 met in the former church of the Purgatory of Laterza, in the province of Taranto, under the guidance of Ermelinda Nasuto, among the trainers of the Licia Lanera Company. And in that case the show was able to go on stage, last October 25, the day before the theaters closed. Now, until they reopen, the “Agli antipodi” project cannot be said to be over. The appeal lacks the performance-lesson of Danilo Giuva, who is waiting to represent “Mother»By Annibale Ruccello, also in Laterza. The new upcoming restrictions will almost certainly skip the reopening of theaters announced by Minister Franceschini for March 27. We will have to wait a little longer. And who knows how long.