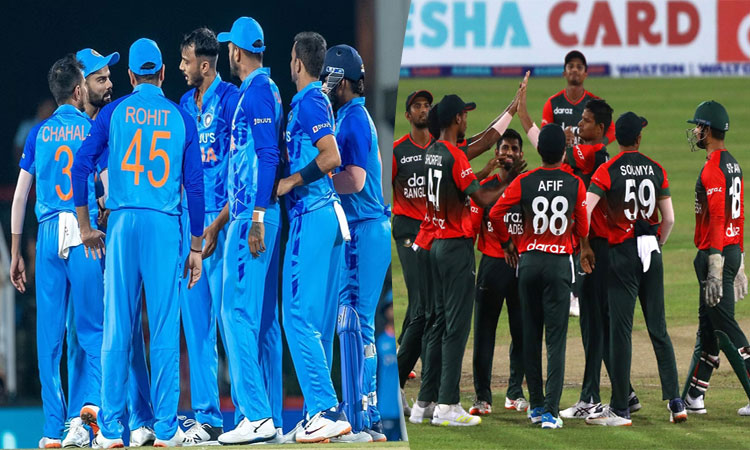 Tamil Nadu all-rounder Washington Sundar rescued the Indian team, which at one point lost 6 wickets within 146 runs. Sundar’s fine batting helped the team cross the 200-run mark. Sundar, who completed his maiden ODI half-century, was caught for the last wicket of 51 runs (64 balls, 5 fours, a six).

India were all out for 219 in 47.3 overs. On the New Zealand side, Adam Milne, Daryl Mitchell took 3 wickets each and Tim Southee took 2 wickets.

Then the New Zealand team scored 104 runs in 18 overs when the rain interrupted. Then Dewan Conway was on 38 runs and Captain Williamson was on the field for no runs. Bin Allen was dismissed for 57 runs (54 balls, 8 fours, a six) off the bowling of Umran Malik.

The game could not continue due to incessant rain. According to the ‘Duckworth-Lewis’ rule, at least 20 overs must have been completed in the 2nd batting in ODIs. If 2 more overs had been bowled in that way, New Zealand would have got a favorable result. Because the team needed only 98 runs in 20 overs. The umpires announced the abandonment of the match due to heavy rain.

The Indian team, which was in the grip of defeat, luckily escaped with the mercy of Lord Varuna. Already, the 2nd ODI was similarly abandoned in half due to rain. Meanwhile, New Zealand won the series 1-0 by winning the opening match. Earlier, India had won the 20 over series by 1-0.

The Rohit Sharma-led Indian team next travels to Bangladesh to play 3 ODIs and 2 Tests. The first ODI between India and Bangladesh will be played in Mirpur on 4th.