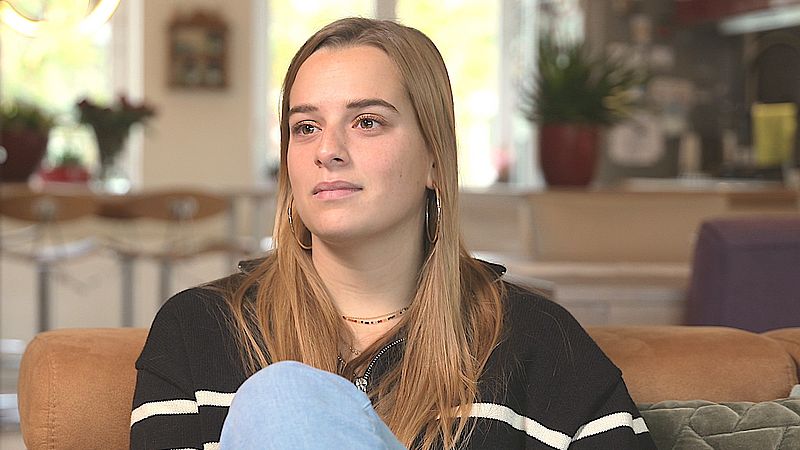 Stefani barely survived a drug-resistant fungus. Such a fungus arises through contact with a pesticide, which also occurs in compost. “I’m called a medical miracle. During the treatment I didn’t know how deadly it actually was.”

On her 18th birthday, Stefani Buenrostro Hoogwater was diagnosed with leukaemia. But when she also started having epileptic seizures, it turned out that a fungus posed an even more acute threat to her life.

Paralyzed on right side

The fungus turned out to have entered Stefani’s head and wreaked havoc there. “Physically, I was paralyzed on my right side, which meant I had to be wheeled around in a wheelchair because I couldn’t walk,” she says. “That was super frustrating.”

The leukemia patient initially underwent various treatments, but they had no effect. Only later did the doctors find out that a resistant fungus was causing the complaints.

Life by a thread

Meanwhile, Stefani’s condition continued to deteriorate. At one point she didn’t even recognize her father anymore. “You see your daughter sinking because of a fungus and not because of leukemia,” says father Yuri. They never expected that a fungus could be so dangerous.

5 years later, that period still evokes emotions, Stefani’s life was hanging by a thread at the time. “At a certain point the doctor indicated that we had to take into account a bad outcome,” says Yuri. If an artery in her head were also affected by the fungus, she would die.

People with an already compromised immune system are especially vulnerable to such infections. Paul Verweij, professor of medical microbiology at Radboudumc, believes that so far too little attention has been paid to the dangers of fungi, while the chance of survival decreases considerably if you end up in intensive care with this.

“With covid, the chance of dying if you ended up in ICU was 25 percent. If a fungal infection was added, the risk of dying increased to 50 percent. And if that fungus turned out to be resistant, the chance became even higher,” he outlines the dangers of resistant fungi.

The fact that patients with a resistant fungal infection no longer respond to the drugs that fight the fungus is because the fungus in question (Aspergillus fumigatus) can adapt to those drugs.

This happens when the aspergillus fungus comes into prolonged contact with certain types of pesticides containing so-called azoles. These agents are used in agriculture to combat other fungi.

Because the medicine against the fungal infection in question also consists of azoles, the fungus is then immune to it. “It is an unintended effect, because the azoles in agriculture are actually intended to tackle diseases in plants,” Verweij explains.

The sale of azole pesticides in the Netherlands has almost doubled between 2010 and 2017. This is evident from data from the Dutch Food and Consumer Product Safety Authority (NVWA) that was provided to the House of Representatives last year.

Verweij knows from daily practice that resistant fungi are a considerable problem. “In the Netherlands, we see that we find a relatively large amount of resistance in patients. It concerns between 10 and 15 percent of the fungi that we grow in the laboratory.”

The professor of medical microbiology also sees that the number of resistant fungi is increasing. “That worries me, because fungal infections in the hospital often cause very serious infections.”

Partly for this reason, the rules for the use of azoles in bulb cultivation have been tightened since last year. According to the fungal expert, the fact that resistant fungi have also been found in patients with a corona infection has contributed to more attention being paid to the dangers of fungal infections.

According to Verweij, the fact that the World Health Organization (WHO) has also published a major report on the risks of the resistant fungus for a few weeks is an important sign that this problem is being taken more seriously. “It’s been a blind spot for a long time.”

There is already another danger lurking: a new medicine, which has also been successfully tested in the Netherlands for a number of years, was simultaneously developed by a Japanese manufacturer as a pesticide.

Verweij’s plea is therefore clear: “Only use pesticides that we know do not work as medicine against fungi that are dangerous to humans. You should make agreements about this at a global level.”

Stefani and her father Yuri wholeheartedly agree with this plea, because it is precisely this new medicine that has helped Stefani to recover. She was one of the first patients in the world to be tested with it.

She realizes that she has been extremely lucky. “I’m called a medical miracle. In retrospect it feels that way, but during the treatment I didn’t know how deadly it actually was.”

The fungus did cause permanent damage to Stefani’s brain, affecting her fine motor skills. As a result, she cannot write and sports such as swimming and skating are difficult.

Stefani hopes to complete her studies next year. She is now fully enjoying the fact that she is still alive: “It has changed me and I can now put things into perspective much better. It just affects me a little less.”

Is it selling well? Apple opens the trade-in price, buys back iPhone7 up to 800 baht
Posted onJanuary 28, 2023

Students who tried to screen a documentary on Gujarat riots; Delhi University, a jungle of riots
Posted onJanuary 28, 2023