Iran, protests against the regime in Khuzestan “At least 5 dead, internet blocked” – time.news 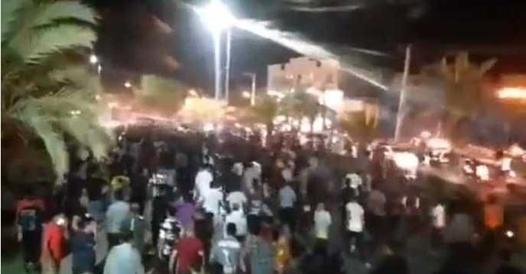 The demonstrations for the serious lack of water have continued for a week. For the government there are 2 victims, killed by the “rioters”. In the square the cry: “Death to the dictator”

In Khuzestan, a province in southwestern Iran, hundreds of people have been protesting the lack of water for a week. The demand for water to drink but also for crops resulted in the square on the evening of July 15. Second Bbc Persian, there have been protests in at least 17 cities in the province, including Ahvaz, Shadegan, Izeh and Susangerd. Images and information disseminated on social media document the deaths of at least five people, but the authorities confirm two – 30-year-old Mostafa Naeemavi and 17-year-old Ghasem Nasseri-Khaziri – and blame the “rioters” by publishing interviews in which the victims’ families condemn the protests. Activists abroad denounce that “forcing” families to exonerate the government of responsibility is a common practice in the Islamic Republic and a “psychological violence”.

In the videos that have emerged on social media in the last two days, demonstrators can be heard shouting “Death to the dictator” and other slogans against the Islamic Republic, shots are also heard on the crowd and the use of tear gas can be seen. Military vehicles are also seen transported to the Mahshahr area, where the highest number of deaths occurred during the 2019 demonstrations. According to some sources, the internet has been inaccessible in Khuzestan since yesterday. The authorities contest the veracity of the videos and warn that those who publish them will end up in court.

The water shortage is linked to the worst drought recorded in the last fifty years. Former President Hassan Rouhani acknowledged the crisis a month ago, partly blaming sanctions that limit investments in the energy sector. But critics argue that the fault lies also in the mismanagement of resources, completely controlled by the Guardians of the Revolution. The Khuzestan province, rich in oil and other resources, is also the poorest. The construction of dams diverted water from the Del, Karkeh and Karun rivers to other areas. The government has often ignored warnings from environmentalists, some of whom have themselves ended up in jail.

“These latest protests like those that have been seen in Iran since 2017 have seen the lower classes of society rise up,” observes Mahmood Amiry-Moghaddam of the Iran Human Rights association from Oslo. “It is not about the middle class of the big cities protesting for political reasons and with a certain sympathy for the reformists, it is about the poor who traditionally constituted the foundations of the regime and for this reason their dissent is very dangerous, it constitutes an existential threat. They are people who have nothing more to lose ».

In Tehran there are smaller demonstrations, such as that of the well-known activist Narges Mohammadi, who was stopped on Wednesday for a few hours after protesting in front of the Interior Ministry with a group of colleagues in solidarity with Khuzestan. Athletes, cinema personalities and ordinary people are also expressing solidarity with the southwestern province, sending out a message of unity. There are also protests over the continuing blackouts. The roughly 50% reduction in rainfall has left the dams with dwindling water reserves. Thousands of workers in the energy sector are demanding better working conditions and wages.

Khuzestan is a province with a large Arab-speaking minority, marginalized and hated by the authorities also due to the existence of separatist groups and where the repression of dissent is often harder than elsewhere. But the slogans are not separatists, on the contrary they claim that this province is part of Iran. Part of the resentment is related to the fact that the Islamic Republic has sent aid to Syria, Lebanon, Iraq and other countries in the region in which it has political interests, says Amiry-Moghaddam. “In recent days, after the protests began, Supreme Leader Ali Khamenei said in a speech that his heart is broken for Lebanon, Iraq and Afghanistan, but he did not mention Khuzestan.”

Forty years after the promise of the founder of the revolution, Ayatollah Ruhollah Khomeini, that the Islamic Republic would guarantee “free water and electricity for the poor”, the rise in prices in the country rich in energy resources is seen as a betrayal by the people. Everyone remembers the protests in November 2019 that began over the decision to increase the cost of gasoline by 50 cents: hundreds of people were killed in anti-regime demonstrations. Politicians – including the newly elected president Raisi – do not have the courage to cut subsidies, which amount to a total of 100 billion dollars a year, or 4.7 of the GDP: a world record that, however, Iran weakened by US sanctions and from Covid can not afford.