Iran reiterates its demand for sanctions before a nuclear deal 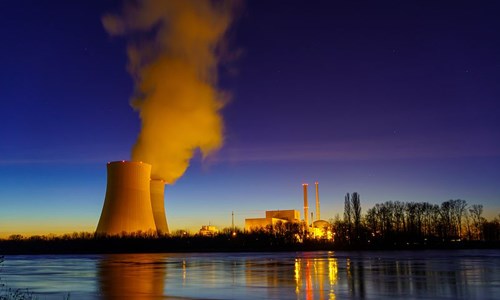 Indirect talks between the US and Iran are set to resume in Vienna this coming Monday | In between will stand various countries that will convey the messages to the Americans following the Iranians’ refusal to conduct themselves directly with the US | Iran’s chief negotiator is demanding, as a precondition, the immediate lifting of sanctions

Iran’s chief negotiator in the nuclear talks reiterated that the upcoming nuclear talks will only succeed if the US removes all economic sanctions en masse, otherwise there is no way to move forward.

Ali Bagri-Kani, who is also Iran’s deputy foreign minister, also said that the Biden administration should provide a guarantee that Washington will not withdraw from the agreement again. Speaking to The Independent a few days before the resumption of nuclear talks in Vienna on November 29, he insisted that US President Donald Trump’s policy of maximum pressure on Iran had failed, and “the Biden administration should not repeat the same mistake.”

Trump withdrew from the nuclear deal in 2018, after saying the deal could not prevent Iran from producing nuclear weapons and began imposing sanctions as a ‘maximum pressure’ policy.

Although Tehran claims to have defeated U.S. sanctions, its economy is in a severe crisis with nearly 50 percent inflation, a 50 percent budget deficit and a declining currency, the average salary in Iran is $ 100-200 a month.

The powers tried six rounds of talks in Vienna earlier this year, but Iran’s new government formed in August is controlled by more extremists who have set new conditions for signing a new nuclear deal.

Indirect talks between the US and Iran are set to resume in Vienna this coming Monday with the other members of the 2015 nuclear deal. Britain, China, France, Germany and Russia, who will move between the two sides because Iranian officials refuse to meet directly with their US counterparts.

Iran has adopted a tougher negotiating position in recent weeks, demanding the immediate lifting of US sanctions before an agreement is reached in talks in Vienna. It also demanded guarantees from the Biden administration that future US governments would not withdraw from the agreement, a proposal the White House In the US.

US President Joe Biden is trying to revive the 2015 nuclear deal, in which Iran has agreed to limit its nuclear program in exchange for easing US, UN and EU sanctions. Biden’s predecessor, Donald Trump, abandoned the agreement in 2018 and re-imposed sanctions, prompting Iran to begin violating its nuclear restrictions by enriching uranium at higher levels.