It is the Day of the victims of Covid, Draghi in Bergamo 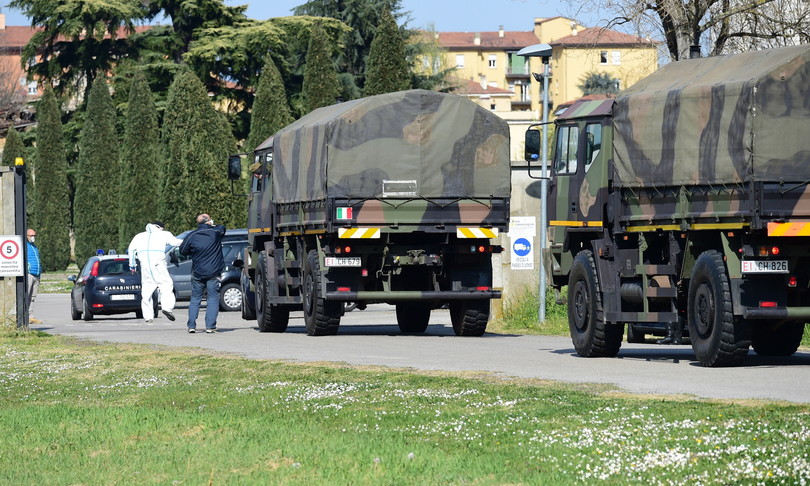 Time.news – Flags at half mast at Palazzo Chigi and a visit to Bergamo to remember the victims of the pandemic. Waiting for the EMA, the European drug agency, to pronounce on the AstraZeneca vaccine in the afternoon. Prime Minister Mario Draghi celebrates the first national day in memory of Covid victims in the city that has become the symbol of the first wave of the virus.

Draghi, after yesterday’s conversation with the French president, Emmanuel Macron, heard the Canadian premier, Justin Trudeau on Wednesday: a phone call to reiterate “the common commitment in the fight against the pandemic, with particular reference to the intensification of vaccination campaigns, and to an effective, sustainable and inclusive economic and social relaunch “. The premier, according to what emerges, in Bergamo he should make a brief speech, recalling the sacrifice of medical and health personnel and bringing solidarity to and the closeness of the institutions to the victims. But without going into detail on the relaunch of the vaccination campaign, which according to Palazzo Chigi has cost 200,000 fewer injections after the slowdown caused by the ‘AstraZeneca case’. Draghi could wait until the afternoon, after the EMA has decided to return to the topic.

The expectation is that a reassuring message will arrive from the European agency on the drug developed by the Anglo-Swedish company. Already on Tuesday, the agency had stressed that at the moment “there is no evidence” of a link between thrombosis cases and vaccination, asking to rely on science, to “maintain trust in vaccines” and promising a definitive word with the “maxim transparency “on the future of the vaccination campaign. “I have faith in the AstraZeneca vaccine. Tomorrow the EMA will give us a statement and I am convinced that the statement will clarify the situation,” said European Commission President Ursula von der Leyen.

Is exactly von der Leyen upped the ante in the vaccine confrontation: stop exporting if there is no reciprocity. Because, numbers in hand, too many vials have left the Union in the last month to other countries “while nothing comes back to us and collaboration cannot be a one-way street”. The president of the Commission took advantage of the press conference for the presentation of the vaccination certificate to announce the new attack strategy.

“If the situation does not change, we should consider whether to allow exports to vaccine producing states and countries that have a higher vaccination rate than ours,” he said. A position shared by the Italian government, which a few weeks ago was the first member state to ask the European Commission for the green light not to authorize the export of 250 thousand doses of Astrazeneca from Italy to Australia.

With pepper spray from the mirrors and a smoke bomb: this jeep will make you feel comfortable on any road
Posted onJanuary 27, 2023
Menu