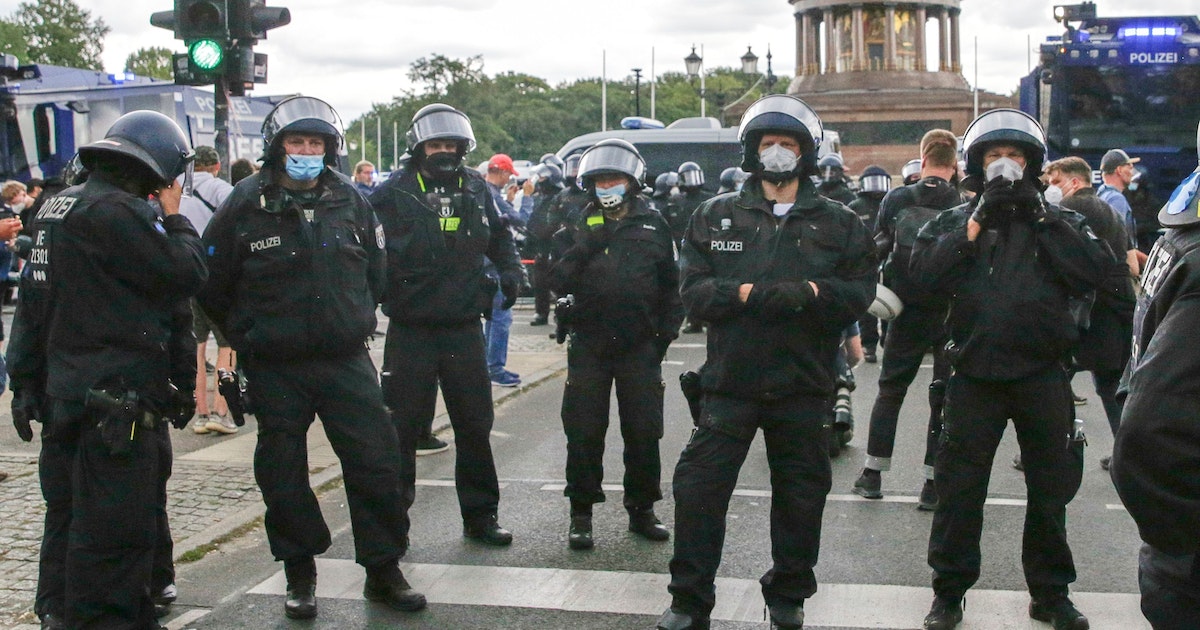 Berlin – On August 5th, something extraordinary happened in the district court in Garmisch-Partenkirchen, Bavaria: the court acquitted a person who refused to wear a mask. The organizer of a rally against the corona restrictions had asked the participants in November to remove the mouth and nose protection. The court ruled that the demo requirements that required the wearing of masks were illegal. This judgment was hardly noticed by the public.

The basis for the acquittal was an opinion by aerosol researcher Gerhard Scheuch. The physicist advises, among other things, the Robert Koch Institute on the spread of the coronavirus through aerosols. He recommends ventilating indoor spaces frequently. In the open air, however, aerosols behaved completely differently, he said in court. “The risk of being infected outdoors is extremely low.” Even if the expert could not rule out an infection with the coronavirus with absolute certainty if people stand directly opposite one another for a long time, the risk indoors is much higher. There is only a risk of infection from those meeting participants who are themselves carriers of the virus. In the Garmisch-Partenkirchen district, the 7-day incidence on that day was 127.

The public prosecutor has appealed against the acquittal. So it remains exciting.

Also in Berlin. State and citizens will clash there again at the weekend because 26 rallies against the restrictions have been registered. The police have already banned several. Now the same images threaten as on August 1, when thousands demonstrated despite the ban: images of police officers pushing older women to the ground, images of people with blood streaking their faces.

Film snippets from the Internet cannot be trusted because they do not show everything. But it cannot be overlooked that the state is becoming increasingly ruthless in order to enforce increasingly questionable regulations. The most important tool of the police is the word. But in the case of the “lateral thinkers” things seem to be different. The deployment order for August 1st speaks of a “low intervention threshold”. The police assert that this primarily means communication. But as it is formulated in the command, it means the whole range of possibilities.

The suspicion arises that the Berlin police are acting politically

The police forbid gatherings of “lateral thinkers” and other groups because they assume that they do not adhere to the requirements, minimum distance and mask. Conditions, the legality of which – as the court in Garmisch-Partenkirchen did – can be questioned. In a current prohibition case, the police also flatly refused a previous cooperation meeting with the person who had registered for a meeting.

At the demo for Christopher Street Day, where the hygiene requirements were also disregarded en masse, the police remained much gentler. The suspicion arises that police chief Barbara Slowik, who from the beginning announced a tough crackdown on “lateral thinkers” and had water cannons used for the first time in many years, is not acting politically neutral. Especially since their boss, Interior Senator Andreas Geisel (SPD), lumped the demonstrators with Nazis and Reich citizens last year. He thus welded the opponents of the corona measures, who come from a wide variety of political milieus, together.

There are voices to be taken seriously who warn that the more dangerous Delta variant can also be used outdoors. But one can also share the lack of understanding that the aerosol expert expressed in court: that the scientific findings on the low risk of infection in the open air, which were already known in November 2020, were not taken into account much earlier in the enactment of laws and regulations by political decision-makers became.

In view of the progress of the vaccination, it is now the responsibility of each individual whether and for how long and how closely he or she, as an unvaccinated person, joins other unvaccinated people. Citizens are mature, which their representatives seem to have forgotten.

There are fundamental rights of constituent importance for the free democratic basic order. These include freedom of expression and freedom of assembly. That is why the state has to weigh up how long it will limit this. It’s been happening for far too long. The Berlin police based their demo requirements on Paragraph 14 of the Corona Ordinance, which prescribes masks at meetings. Fortunately, courts can overturn ordinances. It is time.