Jay, who is a rising star in Tamil cinema, has acted in many films including Subramaniapuram, Wherever and Always, Raja Rani. His last film ‘Capmari’ starring him received mixed reviews. Following this film, he is acting in ‘Shiva Siva’ directed by Suchindran. In this, actor Jay has taken a new incarnation as a composer. 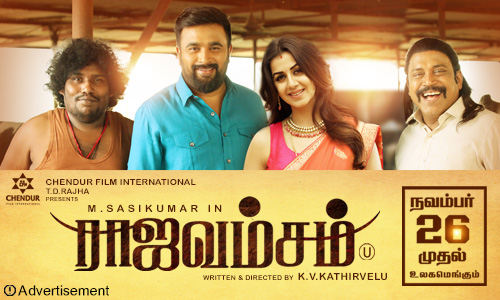 Meanwhile, actor Jay is starring in ‘Ennith Thunika’ directed by SK Vetri Selvan. The film stars Athulya Ravi opposite actor Jay. The film stars Anjali Nair, Vamsi Krishnan and Suresh Subramanian in the lead roles. The trailer of the film, which is based on a different action story, has been released and has been well received by the fans. The crew who completed the shooting of the film are intensifying the dubbing work. According to the film crew, actor Jay has completed the dubbing of ‘Ennith Thunika’. She has also posted related photos on the social networking site.

Hebrew News – After revealing that she drinks...

Actor Mohanlal will be the head of star...

The last mission of the cowboy Eastwood, the...

Michael Lewis and his partner in a hot...

‘Aishwarya gave me permission to act after marriage...

Avshalom Kor’s ex-wife: “Say goodbye to me in...