Joe Biden guarantees protection for over 300,000 Venezuelans in the country 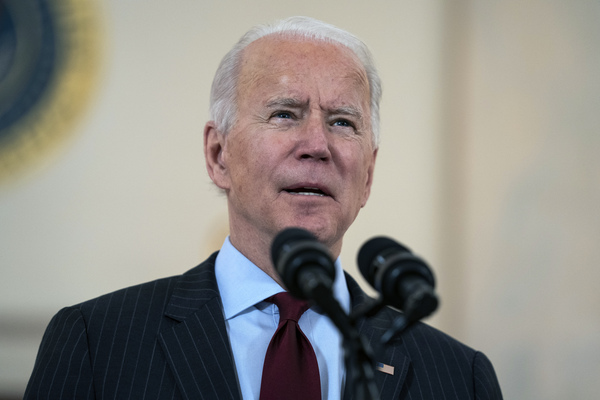 Another important step by Joe Biden and his administration has been taken towards immigration rights. The administration announced yesterday that it will grant temporary protection status (TPS) to Venezuelan citizens who are in the United States for reasons of “humanitarian crisis”.

This will allow them to continue to legally reside in the United States and be able to work without the risk of being deported within 24 hours.

Biden thus responded to the pressing request of opponents of the regime of Nicolás Maduro. They had initially found in the previous president, Republican Donald Trump, an ally who kept the Venezuelan president under pressure, with sanctions and heavy messages, but not sensitive to the issue of citizens fleeing the poverty and instability of the Caribbean country. Moreover, in recent times Trump with a turn worthy of an acrobat had in fact dumped Guaidò, the main opponent of the Chavista regime, leaving him uncovered and to his fate.

The program approved by Biden, according to government sources, will benefit some 320,000 citizens who are already on US soil and who arrived before March 8. Those who intend to travel from now on will be excluded.

In his final days in office, Trump passed an order to suspend the expulsion of Venezuelans for 18 months, which allowed them to remain but in a very delicate and psychologically stressful administrative limbo.

Administration officials said Trump’s rule will remain in effect and, therefore, Venezuelan citizens will be free to apply for the TPS, which will last up to 18 months. To do this, interested parties must complete the procedure within a maximum period of 180 days and pay a total fee of $ 545.

More than 700,000 Venezuelans have left the country since the end of 2019 and by the end of 2020 the Venezuelan community abroad numbered 5.3 million people.

If the calculation were made starting from 2015, the first year of mass exodus, the figure would be very close to the number of Syrian refugees in 2016 (5.5 million), five years after the start of the Syrian crisis.

Biden arrived at the White House at a time of change for Venezuela’s relations with Europe. In fact, the European allies have withdrawn the recognition of Juan Guaidó as president in office (ad interim) of the country after the “almost real” elections of the National Assembly last December. This is because Guaidó’s constitutional legitimacy came from his presidency of the Legislative Chamber and control, after the elections, changed hands. The United States retains its consideration for Guaidó, but Washington’s strategy will be different.

The TPS is a first sign of change, as is the interest in coordinating the sanctions strategy with allies in Europe and Latin America.

“There is no rush to lift the sanctions,” said an administration spokesman, “but we must recognize that the unilateral sanctions have not worked to call free elections. Only when there are real democratic elections will the United States be willing to ease the sanctions imposed by the previous government ”.

But apparently Nicolas Maduro is not of the same opinion.