Joe Biden reconnects with Europe and wants to reapply for 2024 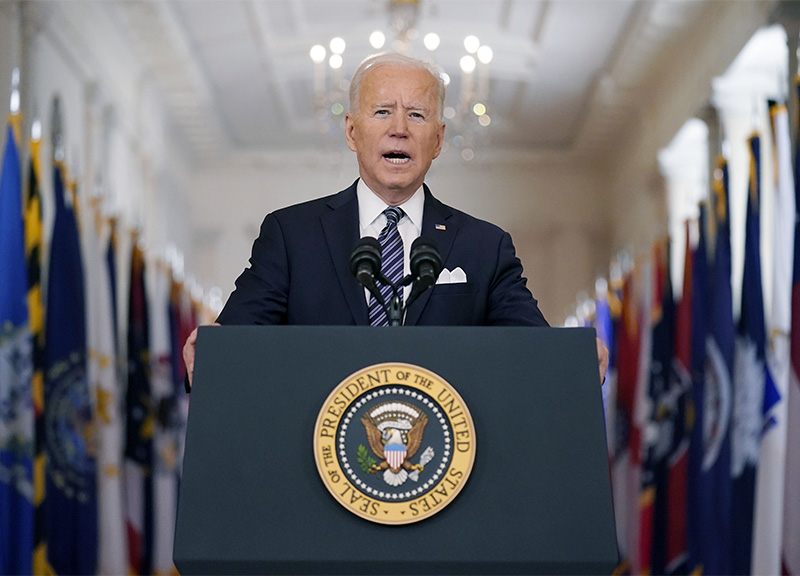 Joe Biden had two important appointments yesterday: the first was the first important meeting and de facto “reunion” with Europe after the difficult years of Donald Trump, and the second in the first press conference inside the country.

“If they stand together, united side by side, the EU and the US can show that democracies are even better suited to protect citizens, promote dignity and generate prosperity. For the first time in 11 years, we have had a this meeting the President of the United States ”said Michel Thierry who led the meeting.

The intervention of the American president was very short indeed. It did not exceed 25 minutes, including in this time the responses of Michel and António Costa, Prime Minister of Portugal, the country that holds the current EU presidency.

But it was an eternity, very important especially if we consider the statements of isolationism and the coldness that the Republican Trump had carried out in the past years in an atmosphere of growing concern.

Biden briefly declared his desire to revitalize relations and deepen trade ties between the US and Europe. He also underlined the desire to work together to fight the pandemic, also being able to imagine that the surplus of doses left after the vaccine to the Americans could be directed to the old continent.He talked about efforts to manage climate change. However, he also stressed that, as far as foreign policy is concerned, it is necessary to share interests and positions also vis-à-vis China and Russia.

For Europe, the Portuguese Prime Minister Costa replied who said how “This first exchange has been a real pleasure and we all hope to soon have another one in person. Our message to you and your country is simple: transatlantic relations are a clear priority for the European Union. “

Biden’s answer was just as simple and clear “for us too they are a priority”.

These statements were not just a façade also because, during the week, the Secretary of State, Antony Blinken, visited Brussels and held a high-level meeting at NATO headquarters. A couple of weeks ago it was John Kerry, the US special envoy for climate change, who came to the European capital.

On American soil and in the first press conference of his presidency, President Biden has confirmed that he intends to run for re-election in 2024. And this statement has somewhat dumbfounded all the media that have long been telling another story to the Americans, the one that given the age of the Democrat most likely would have done only one term, leaving room for deputy Kamala Harris.

“This is my project, but I am also very respectful of fate as the prospect is several years away. I have never been able to plan with certainty four and a half, three and a half years. I have set a goal shorter. which I see in front of me and which is to make plans for the people I care about most, the good and hard-working Americans ”.

Biden then answered a question about Kamala Harris and confirmed that the vice president will be at his side in the race for re-election. In this regard, he remarked that “I really hope there is, he is doing a great job. She is a formidable partner ”.

A question about Trump could not be missing and more specifically if he thought he would have to face the Republican again in 2024.

The answer was almost ironic “Oh come on. I don’t even think about it, I don’t, I have no idea and I have no idea if the Republican Party will be there, do I?, closing the meeting with a half smile.

Who knows if it could really be there, and if America really wants a campaign between two octogenarians?